The latest news in the world of video games at Attack of the Fanboy
September 25th, 2016 by Damian Seeto 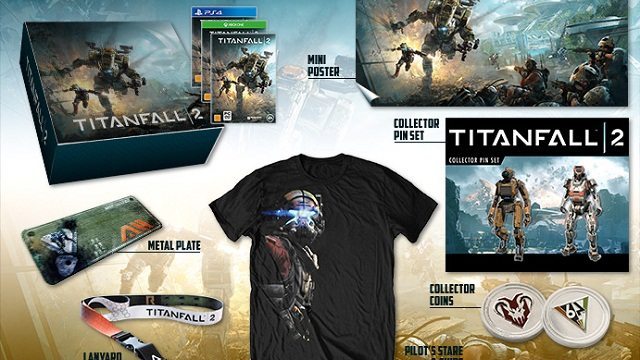 A new special edition of Titanfall 2 has been announced and it includes a lot of cool extras that are sure to please many fans and serious collectors.

EB Games New Zealand has just announced the Titanfall 2: Supply Pack. You can see the product listed on their official website. It has a release date of October 28th. You can also get it at EB Games Australia. It costs $129.99 NZD in New Zealand and $119.95 AUD in Australia. Items included are listed below.

As a reminder, you get even more cool stuff in the game if you pre-order Titanfall 2. You can extra DLC plus early access to a new map. Details are posted below.

Pre-order Titanfall 2 to get early access to Angel City, the remastered fan favorite map from the first Titanfall, when it releases for free this December. Also receive the Nitro Scorch Pack to give your titan some extra flair, featuring a special Nitro Warpaint and Firebrand Nose Art customization for the Scorch titan as well as the unique GOLD| Beast Mode Call Sign.

The game comes out for the PC, PS4 and Xbox One on October 28th. The aforementioned Supply Pack is exclusive only to EB Games.