The latest news in the world of video games at Attack of the Fanboy
January 9th, 2015 by Danny Vittore 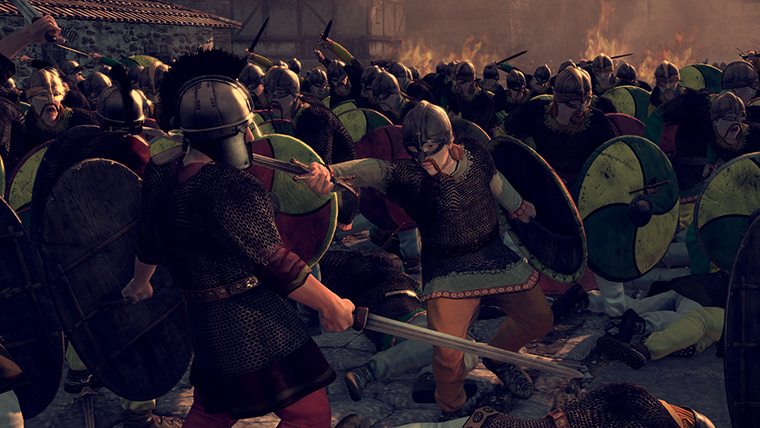 We’ve previously covered how army management is going to work in Total War Attila. The Creative Assembly has now kindly released a video (which you can watch in its 18 minute entirety below) that showcases one of the “new” features we can expect to play around with in Total War Attila: Hordes and migration.

Don’t be fooled by what they imply in the video. There’s nothing particularly new about hordes and the concept  of migration in the Total War series. In fact, it was nearly a decade ago when the expansion pack for the original Rome Total War, called Barbarian Invasion, introduced us to the gameplay mechanic of horde mode. Doesn’t stop its being back any less cool though.

In the Total War Attila, just like in Barbarian Invasion, you will have certain factions that will start off as hordes, essentially the equivalent of armies of a normal faction, but you will have no cities. Instead your hordes will have an additional stance called “encampment” which you can trigger to have your horde temporarily form settlements wherever they are. You can dictate the kind of buildings your settlements will have, be they economic or unit-producing. However, eventually, you will want to become a normal faction as the quality of units you can produce, as well as the strength of your economy, is barely comparable to that of a normal faction’s.

An interesting new feature that adds flexibility to gameplay is that, at any time, if you only have one city left, you can choose to become a horde faction from a normal faction and start roaming across the map without a specific home. To add further flexibility, you won’t have to worry about spending too much treasury on your temporary settlements as they all get fully refunded whenever you decide to become a “landed” faction again.

Some interesting mechanics that they further touch on, but don’t go into much detail with, is the concept of land fertility within provinces. In the past, especially in Shogun 2, land fertility was just a given. Your soil was either fertile, pretty crap for growing crops or some shade in between. Now it appears that in Total War Attila, your lands will be given ratings of fertility and events will occur, such as a horde creating multiple encampments in a province and climate change, that will bring fertility down with nothing being hinted at going the other way, which can make for a very interesting dynamic as more and more provinces become barren wastelands.

Are you looking forward to playing as a horde faction in Total War Attila? Let us know in the comments below!