Valorant’s New Map is Called Fracture: Here’s What We Know

A seventh map has been added to the popular shooter. 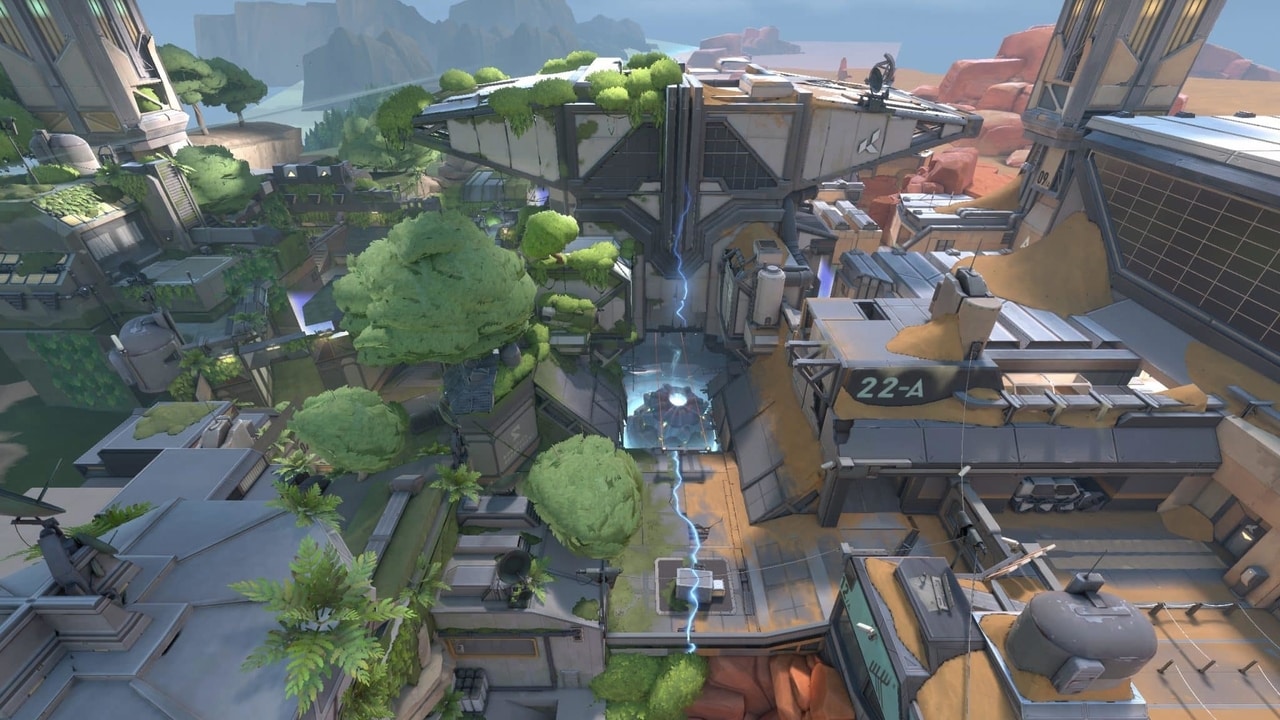 Riot Games are adding yet another map to their ever-expanding title, Valorant. The new map will differ from the previous six maps, bringing something new to the game. The new map will be titled Fracture. It was previously under the working title of Canyon, maybe due to the sandy side of the map, but Riot Games ultimately changed the name. Possibly a nod to the split map.

The map is set out in a H shape and is split evenly in two. The two sides feature two completely contrasting biomes. One side is full of lush greenery where the other is on the opposite climate with a dry desert feel.  Both will show a decaying facility, tainted by the environments it is in.

The Lead Artist on the project, Brian Yam, explains why Valorant went for a different type of map. In a press release, released before Fractures launch, Yam said: “Fracture is a special map from a design standpoint, but we also wanted to push unique solutions on the visual side. Having two distinct sides, allows visually interesting storytelling by prompting players to question the events that took place and the radical results that ensued. It also provides clear player orientation from a visual and callout perspective.”

Attackers will spawn on either side where Defenders will be placed in the middle of the map. Other new additions include ziplines. This will help players traverse around the map with ease.

Fracture will be released on September 8th, part of the 3.05 patch, the new Episode 3, Act2 and a brand-new Battle Pass.