Watch Dogs 2 Free Trial Released for PS4, Arrives to Xbox One Next Week

The latest news in the world of video games at Attack of the Fanboy
January 17th, 2017 by Kevin Reyes 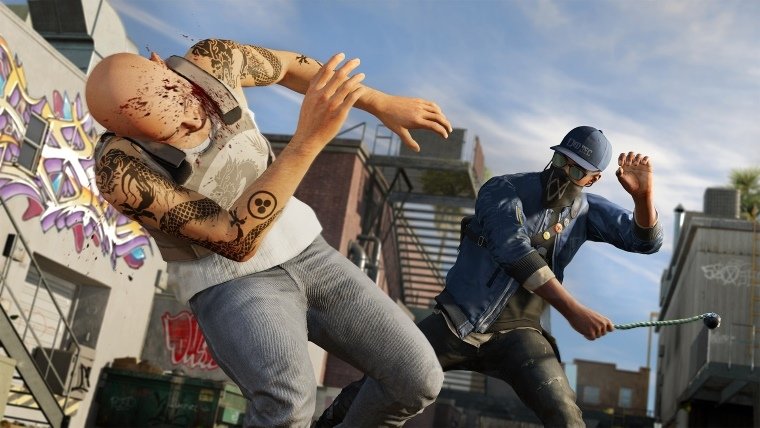 Watch Dogs 2 might have been one of the biggest surprises of 2016. It managed to improve upon all the faults that the first game had and was received very well despite people’s expectations of it. But regardless of how good the game actually is, it still carries the stigma and reputation of the original Watch Dogs. Which might be why Ubisoft decided to release a free trial for their hacktivist title.

All of the game’s features will be available during the free trial. Players can opt to experience Marcus Holloway’s story in San Francisco with the single player campaign or they can choose to go online and try out the multiplayer modes with their friends. Any progress that the player makes during the demo will carry over to the full game should they choose to purchase it.

But there are a few limitations that come with the demo. The biggest of all is that, while you do have access to the full game for free, you’ll only have three hours of play time. Once those three hours are up, you’ll no longer be able to access the game without purchasing it. This includes any premium content that you may have purchased during the trial.

Achievements and Trophies will also be locked out during the trial as these features are not available for demos on both the Xbox One and PlayStation 4. However, Xbox One players will unlock any achievement they earned during the trial once they purchase the full game.

To access the free trial, players will just have to look for Watch Dogs 2 in either the PSN Store or the Xbox Live Marketplace and choosing the “Try Free Demo” option for PS4 or the “Play Trial” option for Xbox One.

The Watch Dogs 2 free trial is available now for the PlayStation 4 and arrives to the Xbox One on January 24. Those that want more details regarding the demo can read the FAQ on Ubisoft’s website.