Nintendo just concluded their Hyrule Warriors Nintendo Direct presentation that was announced a few days ago. The 30 minute presentation went over a ton of info about the upcoming action game, which is a combination of the Dynasty Warriors series and The Legend of Zelda.

The video reveals new strategies, such as taking over bases which will reinforce your own army. It also showed new enemies and bosses, such as Gohma from The Legend of Zelda: Ocarina of Time. These bosses have been changed up though, with Gohma still having the big, vulnerable eye, but this time you’ll need to use your bow to slay the beast. Eiji Aonuma, the director of the Zelda series, made a quick appearance to introduce the most dreaded enemy in all of the Zelda universe, the cucco. 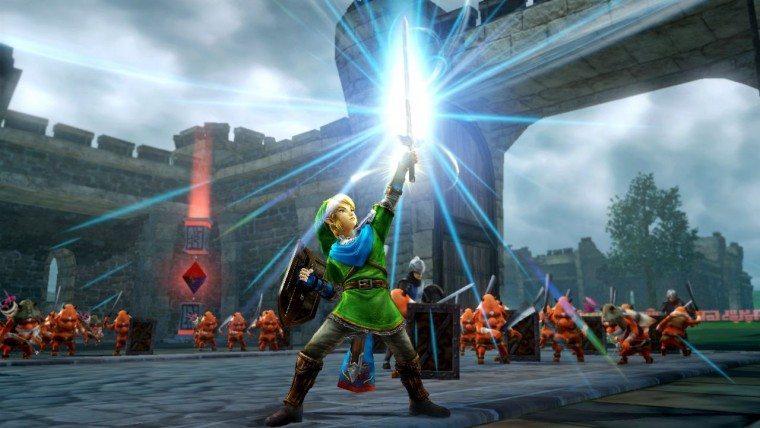 After that the currently known playable characters got a lot more detail shown, such as their weapon preferences, and many of their special abilities. You’ll also get a much more in-depth look at the new playable characters that were announced via Famitsu magazine. Darunia, Ruto, and Sheik all get some nice new gameplay time for you to check out.

Tons of new information was dropped as well, including a few new characters, weapons, and enemies. We also got a look at a bunch of new levels and battle arenas. Almost all of them fit into the three games that Hyrule Warriors draws from, which are The Legend of Zelda: Ocarina of Time, Twilight Princess, and Skyward Sword.

One of the most important element that was shown off in the presentation in terms of gameplay has to be the RPG elements. You’ll be able to level up your characters as you battle through the game. Another big announcement was the unveiling of Adventure Mode.

To find out all there is to know about Hyrule Warriors you’ll either need to watch the video above, or check out our many other articles covering each reveal.

Hyrule Warriors will be released on September 26th in North America, exclusively for Wii U.