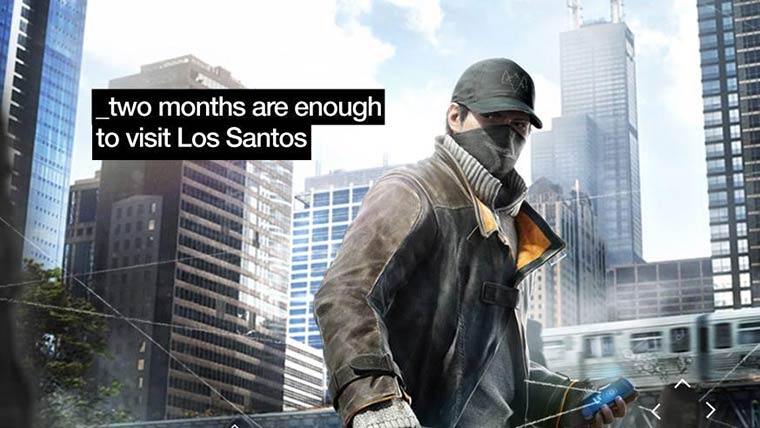 GTA V launched today to the best critical reception of 2013, and it’s got other open world game developers trying everything they can to get a piece of the spotlight. The most recent of those is Ubisoft, and a new advertisement for WatchDogs is urging fans to leave Los Santos in November and come to Chicago. 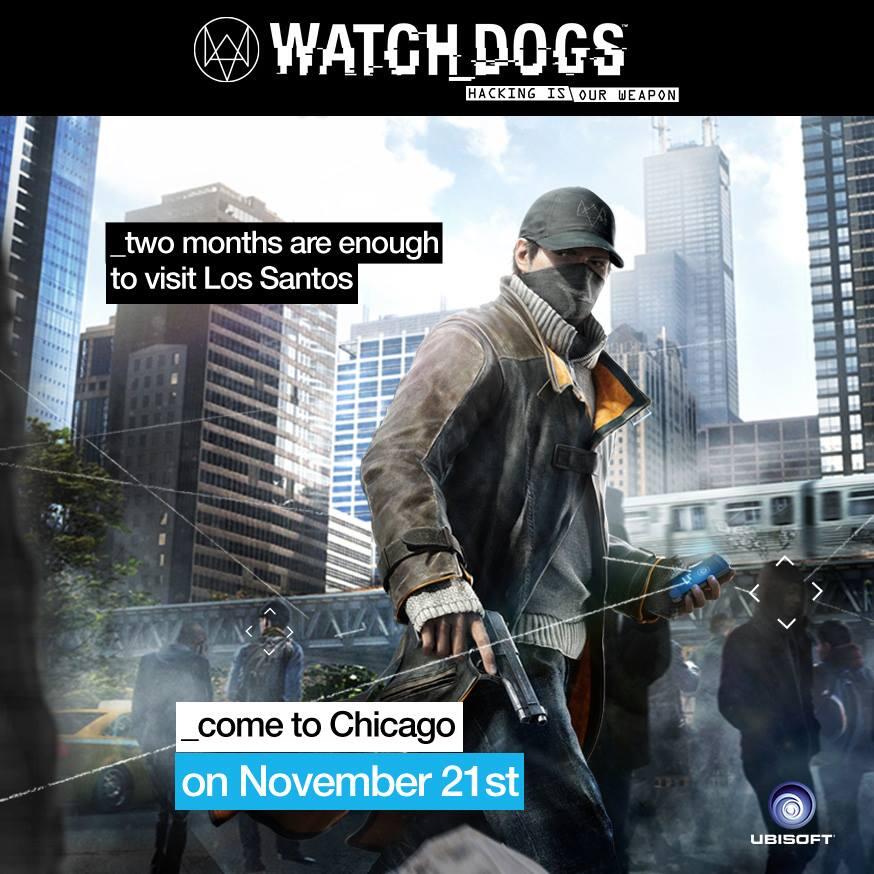 This advertisement is being passed around social media networks at the moment, and if it’s legitimately from Ubisoft, it’s the first shot from the rival open world game, and probably not what Rockstar forsees for their game with the ambitious GTA Online mode inbound.

Ubisoft isn’t the only developer looking to capitalize on the success of GTA V thus far. Saints Row 4 released free DLC today entitled the GAT V Pack. It doesn’t take a rocket scientist to figure out what they’re trying to do there.

Time will tell if fans will leave Los Santos when it’s time for WatchDogs to arrive.