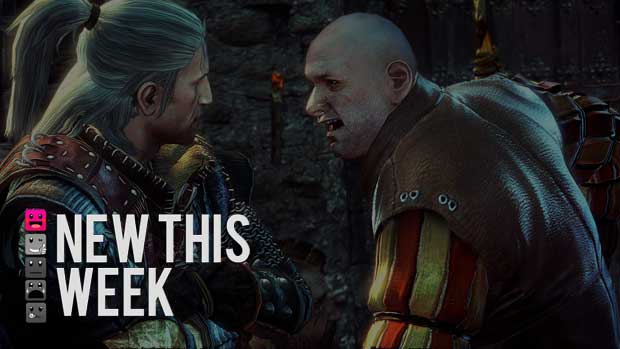 The Witcher 2: Assassin’s of Kings “Enhanced Edition” – Xbox 360 – The Witcher 2: Assassins Of Kings is a single player Role Playing Game (RPG), and sequel to the critically acclaimed 2007 PC game, The Witcher. Based on the short stories and novels of Polish author Andrzej Sapkowski, Assassins Of Kings continues the adventures of the Medieval monster hunter for hire, Geralt of Rivia. It is also the first game in The Witcher franchise to be released on Xbox 360. Game features include: hack n’ slash and magical combat, a mature storyline, game development based on choices made during mission play and dialog chains, weapons variety, and graphics quality and control functionality on par with the PC release.

Trials Evolution – Xbox 360 – It’s survival of the fastest with Trials Evolution! Your favorite physics-based motorcycle racer is back in a brilliant new outdoor setting. Ride in real-time multiplayer with 2-4 players, either locally or through Xbox LIVE. Enjoy a deep, rich single player career with 50 brilliant tracks, challenging unlocks, and tricky achievements. A massive, powerful track editor lets you build the track of your dreams and easily share it with the world. Or simply download top-rated tracks from around the world, using the all-new Track Central. Customize your bike and rider with awesome gear and unique parts, enjoy unique skill games, try ghost racing, beat your Friends’ scores, and more! Don’t miss the madness!

Deadliest Warrior: Ancient Combat – Xbox 360, PS3 – Based on the wildly successful TV show, Deadliest Warrior: Ancient Combat is a definitive compilation package that puts the fate of history’s most legendary warriors in your hands. Ancient Combat is fully compatible with the downloadable versions of both games. Choose from the ultimate selection of ancient warriors with signature weaponry, authentic and historically accurate combat skills and quick and deadly action. Battle to the death as a ninja, samurai or pirate, or choose to fight as one of the most legendary warriors of all time, including Shaka Zulu, Vlad The Impaler, and William Wallace. With all of the original features from both games plus exclusive bonus retail features, experience the glory of conquering the world of Deadliest Warrior.

House of the Dead 4 – PS3 – Slap in a clip and prepare for an onslaught of terror in The House of the Dead 4! Set three years after the second game, the fourth game in the shoot-em-up series featuring House of the Dead 2′s protagonist James Taylor as well as new hero Kate Green, working together to battle untold horrors from beyond. In addition to the run-and-gun-down-creatures gameplay players had come to know and love, the game fully supports PlayStation Move.

StarDrone Extreme – PS Vita – StarDrone is a perfect blend of high-speed physics and pinball action, with strategic elements of break-out and object collection. But this is no walk amongst the stars, as the Drone is always in motion in the zero gravity environment, and the more stellar matter collected, the faster it travels until it is careening across the screen at light speed. Gather enough momentum and enter into Comet Rush where the Drone is impervious to all enemies and obstacles.