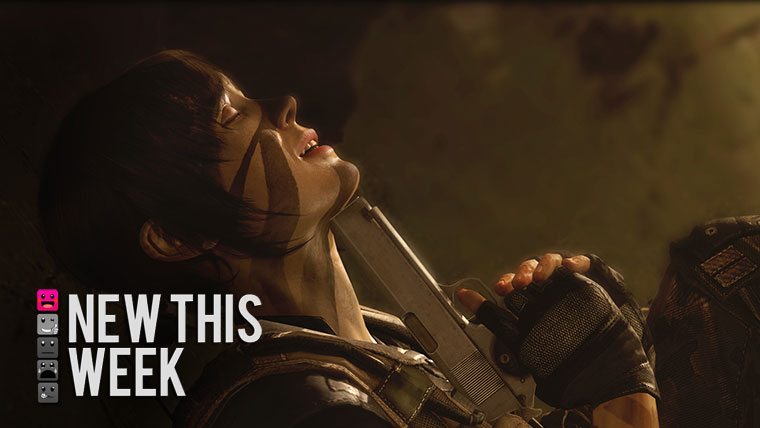 Beyond: Two Souls – PlayStation 3 – Beyond: Two Souls is a single-player Adventure game that utilizes a combination of a superior storytelling and gameplay mechanics, and cutting edge motion capture techniques to present a stunning adventure that is not to be missed. The game is a PlayStation 3 exclusive and features an in-game timeline set across several years of the player character’s life and experiences, several possible endings and outcomes, a unique and powerful in-game companion, and in-game contributions by top Hollywood talent.

Borderlands 2: GOTY Edition – Xbox 360, PlayStation 3, PC – With the Borderlands 2 Game of the Year Edition, players can experience every epic boss battle, increase the level for each of the six playable Vault Hunters, play all of the additional campaign content, and enjoy hundreds of hours of shoot-and-loot mayhem at an extraordinary value. The Game of the Year Edition contains over $100 of gameplay content.

Dishonored: GOTY Edition – Xbox 360, PlayStation 3, PC – Experience the definitive Dishonored collection with the Game of the Year Edition. This complete compilation includes Dishonored, winner of over 100 Game of Year awards, as well as all of its additional content – Dunwall City Trials, The Knife of Dunwall, The Brigmore Witches and Void Walker’s Arsenal.Developed by Arkane Studios, Edge Online’s 2012 Studio of the Year, Dishonored is an immersive first-person action game that casts you as a supernatural assassin driven by revenge. With Dishonored’s flexible combat system, creatively eliminate your targets as you combine the supernatural abilities, weapons and unusual gadgets at your disposal. Pursue your enemies under the cover of darkness or ruthlessly attack them head on with weapons drawn. The outcome of each mission plays out based on the choices you make.

Atomic Ninjas – PlayStation 3, PS Vita – Atomic Ninjas is a colorful and funny multiplayer action game, in which you control super-powered ninjas in frantic online matches against other players. However, you are unable to directly kill other players. Instead, you must outsmart and outflank your opponents and kill them using various environmental hazards and obstacles, such as lava pits, laser beams, traps, moving platforms, falling crates, etc. This gives a completely new twist to the traditional 2.5D genre!

Just Dance 2014 – Xbox 360, PlayStation 3, Wii U, Wii – With Just Dance 2014’s fresh list of hot tracks, you control the party! Get friends and family moving with Pitbull ft. Christina Aguilera’s “Feel This Moment,” Psy’s “Gentleman,” or One Direction’s “Kiss You.” Celebrate the throwbacks with legendary songs like Gloria Gaynor’s “I Will Survive.” Just Dance 2014 takes the fun to another level this year with all new ways to create the best party ever! Own the spotlight and lead back-up dancers with the new On Stage Mode, dance with anyone anywhere in the world with World Dance Floor, work out to customized Just Sweat experiences on any song– and much more! Bring home the ultimate party starter and join in the fun!

Disgaea D2: A Brighter Darkness – PlayStation 3 – The Netherworld a place where might makes right and today’s friends are tomorrow’s enemies. After a long journey with many ups and downs, Laharl finally finds himself as a full fledged Overlord. However, the other denizens of the Netherworld do not see him as such, so he sets out on a journey with his loyal(..) vassals to receive the respect he deserves. Along the way, Laharl will meet a girl who claims to be his sister, demons with bigger than usual chips on their shoulders, and find out that even his own body holds a few surprises for him.

F1 2013 – PC – Make history in FORMULA ONE! F1 2013 features all the cars, stars and circuits from the 2013 FIA FORMULA ONE WORLD CHAMPIONSHIP plus, for the first time, classic content. F1 Classics is an expansive new game mode in which you’ll race legendary drivers in famous cars at iconic circuits from the 1980s. This classic content can also be played in a range of modes including split-screen and online multiplayer. F1 2013 also features all of the new drivers, team moves, tire changes and remodelled handling to recreate the thrill of racing 2013’s stunning roster of FORMULA ONE cars. New enhancements, improvements plus new, expanded and returning game modes combine to deliver the most complete simulation of a FORMULA ONE season in videogame history.

Pokemon X, Pokemon Y – Nintendo 3DS – When Pokémon fans begin their thrilling 3D adventure in Pokémon X or Pokémon Y this October, they will be transported into an entirely new region called Kalos. A mysterious place that is shaped like a star, Kalos is a region where players will encounter beautiful forests, thriving cities, and many neverbeforeseen Pokémon. The central city of this breathtaking region is Lumiose City, a metropolis featuring a tower that is set to become an iconic structure in Pokémon X and Pokémon Y.