New This Week in Video Games: Rome, Rayman, and the Return of Diablo 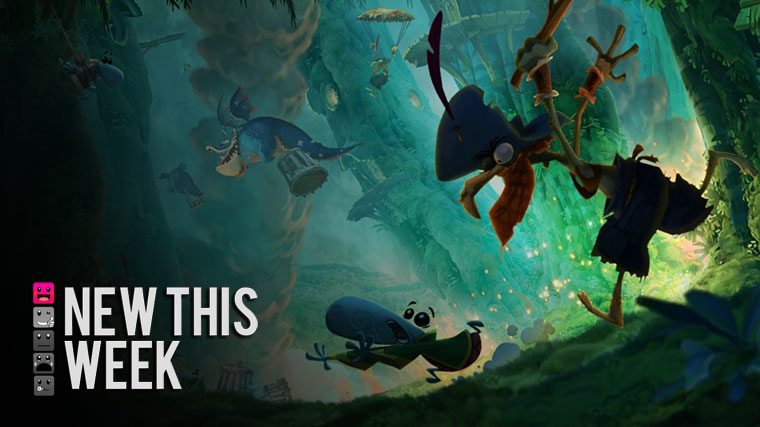 Rayman Legends – Xbox 360, PlayStation 3, Wii U – Rayman, named platformer of the year and winner of multiple artistic and musical achievements, is coming to the Wii U with a brand new adventure. Michel Ancel, celebrated creator of Rayman, Beyond Good & Evil and the Raving Rabbids is bringing his innovative creativity to this new and exciting platform to make full use of the Wii U. Rayman, Globox, and the Teensies are off wandering through an enchanted forest when they discover a mysterious tent filled with a series of captivating paintings of mythical worlds. They are suddenly sucked into the painting, entering the world, and the adventure begins.

Diablo III – Xbox 360, PlayStation 3 – Explore fully realized realms of Sanctuary – the living, breathing gothic fantasy world of Diablo III. Battle the unholy forces of the Burning Hells with five character classes, including the otherworldly Witch Doctor, or with re-imagined warriors from Diablo’s past, like the powerful Barbarian. Experience the intensity of multiplayer Diablo III over an all-new, wickedly enhanced Battle.net platform with numerous enhancements to make connecting with your friends easier, and cooperative gameplay more fun.

Total War: Rome II – PC – The award-winning Total War series returns to Rome, setting a brand new quality benchmark for Strategy gaming. Become the world’s first superpower and command the Ancient world’s most incredible war machine. Dominate your enemies by military, economic and political means. Your ascension will bring both admiration and jealousy, even from your closest allies.

Brothers: A Tale of Two Sons – PlayStation 3, PC – Guide two brothers on an epic fairy tale journey from visionary Swedish film director, Josef Fares and top-tier developer Starbreeze Studios. Control both brothers at once as you experience co-op play in single player mode, like never before. Solve puzzles, explore the varied locations and fight boss battles, controlling one brother with each thumb stick. This is one journey you will never forget.

Outlast – PC – Hell is an experiment you can’t survive in Outlast, a first-person survival horror game developed by veterans of some of the biggest game franchises in history. As investigative journalist Miles Upshur, explore Mount Massive Asylum and try to survive long enough to discover its terrible secret… if you dare.

Dead or Alive 5 Ultimate – Xbox 360, PlayStation 3 – DEAD OR ALIVE 5 ULTIMATE heightens the signature DOA fighting style with the inclusion of new modes from DOA5 Plus, dynamic new stages, and deadly new fighters to deliver the ultimate in fighting entertainment. Players will take on the roles of their favorite DEAD OR ALIVE fighters – as well as combatants new to the franchise – in an intense, action-packed brawler set in visually striking locations from around the world. The famed DOA hand-to-hand combat is enhanced with new content that extends the experience. Along with a rich array of single-player modes including story mode, DEAD OR ALIVE 5 ULTIMATE offers online options with arcade-style matches, tournaments, and social features making it the most definitive DEAD OR ALIVE experience to date.

Disney Castle of Illusion – Xbox 360, PlayStation 3, PC – Mickey Mouse returns to star in Castle of Illusion, a fantastical reimagining of the Sega Genesis classic. With all-new HD graphics and gameplay, Castle of Illusion brings Mickey and his world to life in this magical Disney adventure! When the evil witch Mizrabel kidnaps Minnie, it’s up to Mickey to brave the dangers of the Castle of Illusion to rescue Minnie. Gather your courage and traverse enchanted forests, take on hordes of rebellious toys and navigate mazes of living books.

Home / Game News / New This Week in Video Games: Rome, Rayman, and the Return of Diablo