The latest news in the world of video games at Attack of the Fanboy
July 10th, 2017 by Jelani James 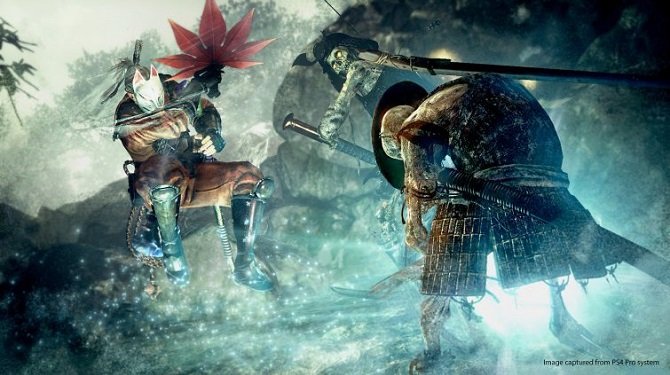 Team Ninja announced today via the PlayStation Blog that players will soon be able to revisit youkai-infested Japan in the action RPG, Nioh, once the second wave of DLC, titled Defiant Honor, arrives on July 25.

Defiant Honor will take players to Osaka Castle, the largest castle of the Sengoku era, as Sanada Yukimura, famed general of the Toyotomi Clan, prepares to do battle with the Tokugawa Clan. As you might recall during previous portions of the game, both clans are at odds with one another and it appears all-out war is all but imminent. In preparation for this war, Sanada has begun to build a stronghold called the Sanada Maru on the castle’s outskirts.

Naturally, William, who is headed towards Sanada Maru in pursuit of Maria, will be drawn into the conflict. Fortunately, he’ll be aided by none other than Date Masamune — star of the previous DLC, Dragon of the North. However, things won’t be so easy for the two of them. Not only are there youkai about, but Sanada Maru is heavily fortified and its in the dead of winter.

Of course, this DLC wouldn’t be complete without some new gameplay additions, and there are plenty of them to be had. First off, players will now be able to find and equip Tonfa to use in battle. In addition, there will be new magic items and guardian spirits. Most intriguing of all, however, is that there will be some new youkai added to the mix.

Defiant Honor will be available for $9.99 as a stand alone purchase or for free for owners of the Nioh Season Pass.