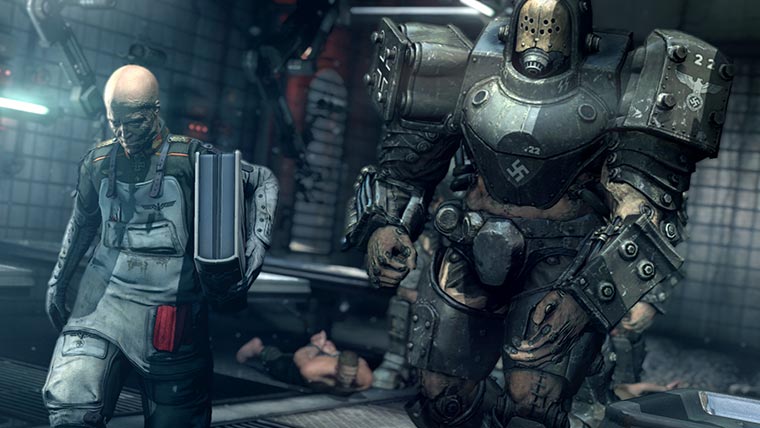 Machine Games’ Wolfenstein: The New Order is due out next week, and new footage of the shooter has leaked out ahead of schedule. The gameplay video below isn’t exactly painting the next installment of Wolfenstein in the best light, with some laughably bad enemy AI.

The video, which surfaced this weekend on Reddit, is apparently footage caught on one of the game’s lower difficulty settings. Regardless, there’s very little context as to what’s going on in the video, whether it’s some kind of tutorial on burning nazi faces off, or whether it’s just someone messing around with the game. It’s hard to tell, whether this is going to be a problem for the shooter.

We’ll find out soon enough when reviews for Wolfenstein: The New Order arrive this week. Until then, you can take a look at the video below.