World of Warcraft has hit a few road bumps during its nearly 16 year run, but the upcoming Shadowlands pre-patch appears poised to really shake things up in dramatic fashion. Like every other expansion that’s been released for WoW, this meaty pre-patch will precede Shadowlands’ official launch of October 27th. While we still don’t have a firm release date for the pre-patch itself, Blizzard has shared what to expect once the update drops.

WoW: Shadowlands pre-patch will halve the level cap, and refine the leveling experience.

15 years and seven expansions later WoW’s level cap has ballooned up to an eye-watering level 120. That’d be a whole lot of grinding for new and returning players to plow through before even reaching the new Shadowlands content, so Blizzard decided to “squish” the cap back down to Vanilla’s original level 60. What’s old is new again essentially, because even gear stats are being squished to reflect the new cap. Yes, it’s gonna be weird seeing your massive damage numbers drop precipitously, but your overall performance should remain the same.

If you want to know what your level will become post-squish, Blizzard has included a handy table in their post about the upcoming patch. For example, my old main is still chilling at 110 (I skipped BfA entirely), so after the crunch he’ll be level 45. This level squish also means the Character Boosts are also changing: the level 120 boost will become a level 50 boost, and the 110 a level 48. So, a character that saves their 110 boost till after the Shadowlands pre-patch will create a character that’ll outlevel my main post-squish. Little odd, but it is what it is.

Leveling will also be streamlined come the Shadowlands pre-patch, because players will no longer have to slog their way through damn near every expansion to reach the latest one. Once the pre-patch goes live all new players will start off in Exile’s Reach, a brand new starter experience shared by everyone that’ll take them from level 1 to level 10. Afterwards, new players will grind to level 50 in the Battle for Azeroth campaign. Returning players can pick a legacy starting zone if they so please, but if they haven’t beaten BfA’s main story they’ll need to do so before they can take advantage of the new Timewalker Campaigns. 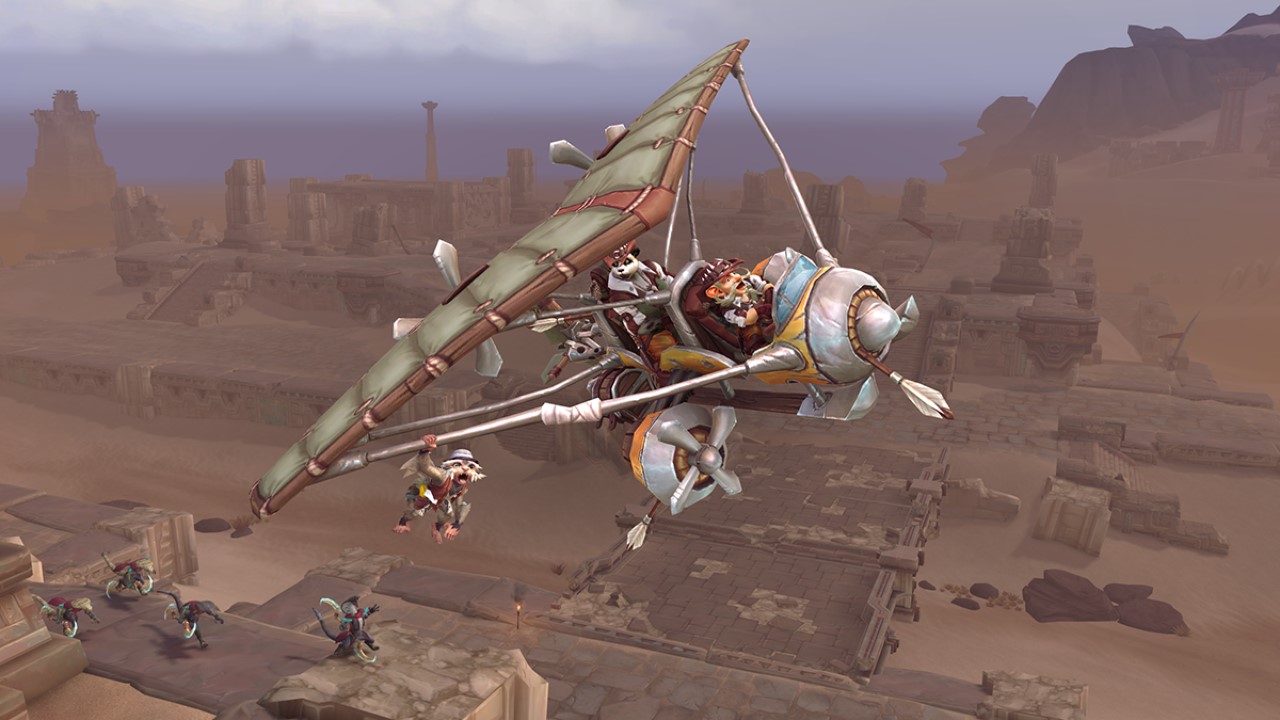 Timewalker Campaigns (AKA Chromie Time) are simple: instead of leveling from 10 to 50 in Battle for Azeroth, WoW players who’ve cleared that bar can pick any single expansion they desire to level in. Want to replay Wrath of the Lich King as your level 10-50 experience? You 100% can. This means leveling alts will not only be faster, but somewhat less tedious because you’re not repeating the same exact grind each time.

Those are the largest changes coming to WoW with the Shadowlands pre-patch, but there are a few other notable inclusions as well. A new player/mentor chat is being added, Recruit-a-Friend is getting a 30-slot bag as a reward, the Appearance Change service is being removed with Shadowlands (you can change everything but race and class at the barber now, including gender), and Allied Races will see their reputation grind removed (though you’ll still need to complete their story quests to unlock them). Finally, PvP Season 4 will come to a close, and you can finally fly in Warlords of Draenor and Legion without need of the Pathfinder achievements.

You can check out the full post for yourself over at World of Warcraft’s website here. While we still don’t have a firm release date for the Shadowlands pre-patch, this announcement makes an October 6-7 release date the most probable, seeing as Blizzard historically doesn’t announce the end of their PvP seasons less than two weeks prior. The patch could drop later than those dates, but it’d be riding real close to the official launch. Maybe WoW is squishing their update timing alongside the leveling?