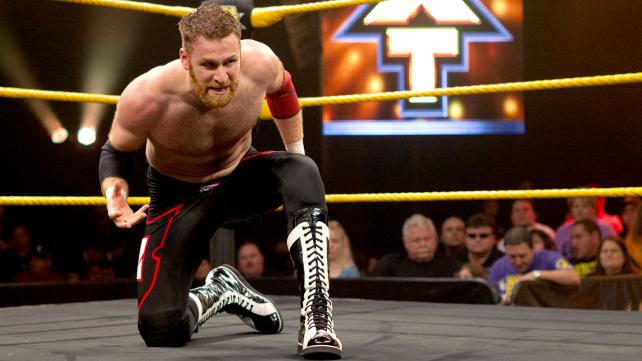 The achievement list for WWE 2K15 has now been leaked and it confirms that NXT will be a part of the game.

Exophase.com has leaked the full achievement list for WWE 2K15. A lot of the achievements are for the “2K Showcase” mode which has the rivalries. There are also a number of achievements during WWE Universe mode as well as trying to beat Undertaker at WrestleMania again.

There are three achivements in WWE 2K15 that confirm that NXT will be part of the game. The pictures next to the achievements show that Adrian Neville and Sami Zayn will be in the game. It’s possible other NXT superstars will be in the game too, although 2K Games hasn’t updated the roster list yet. We do know there are a few more wrestlers left to be announced as the roster reveal last month didn’t show everyone.

You can’t let down your guard
Successfully perform a Catching Finisher. (Single play)

A winning combination!
Use a wake-up taunt, land a Finisher, and immediately pin your opponent. (Single play)

Reached the ropes!
Crawl to the ropes during a submission. (Single play)

This is my yard!
Create and play a match in at least one custom Arena. (Single play)

We have a winner!
Win at least 20 matches on Hard difficulty or higher in Universe or Exhibition. (Single play)

Over the ropes you go!
Eliminate 12 opponents with the same Superstar in a single Royal Rumble match. (Single play)

Feed me more!
Win at least 50 matches on Hard difficulty or higher in Universe or Exhibition. (Single play)

Tap! Tap! Tap!
Make an opponent tap out with a submission that is not a Finisher or Signature move. (Single Play)

Next Generation
Who Got NXT – Complete all objectives.

Foundation of the future
Who Got NXT – Receive a grade of A or better in Proving Ground.

Now that was a match!
Earn 3000 points or more playing ranked matches.

A winner is you
Win 50 ranked matches.

One of a kind Superstar
Create a custom Superstar that uses a Superstar head.

A creator is born
Upload some kind of user created content once.