The latest news in the world of video games at Attack of the Fanboy
May 6th, 2017 by Mike Guarino 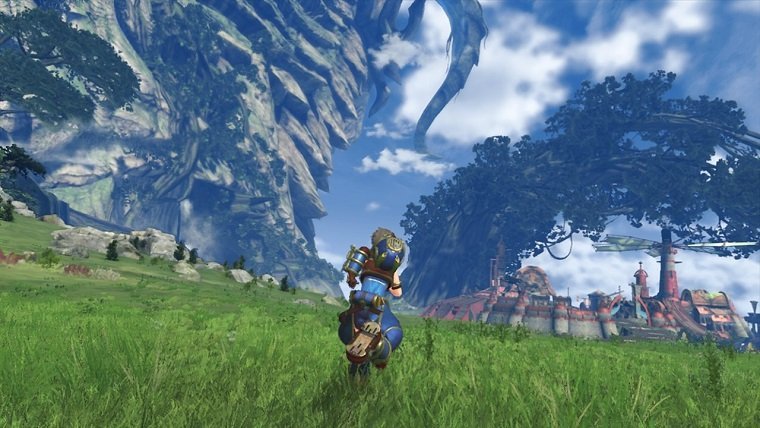 Xenoblade Chronicles 2 is set to launch for the Nintendo Switch later this year, bringing Monolith Soft’s critically-acclaimed series to yet another platform. While there’s still very little information on the game outside of a brief teaser, now we’re getting some updates on the game’s music.

The information comes from Composer Yasunori Mitsuda, who has been recording the game’s soundtrack lately and shared some updates on it through his Twitter account. He has been recording the game’s soundtrack remotely with the Bratislava Symphony Choir, and often works until 5 AM in the morning. He has been very positive about the choir’s performance, saying that they’ve been giving a wonderful performance.

However, what’s particularly of note here is the Irish choral ensemble Anúna, and the music they provided for the game. Mitsuda has been working on the mix of songs that they provided, and revealed that the music actually made him cry due to it being so good. Music from the Xenoblade Chronicles series is usually topnotch, and it looks like that won’t be changing with the next installment in the series.

Xenoblade Chronicles 2 is set to launch for the Nintendo Switch by the end of this year. Despite not having much information on the game, it’s likely that we’ll be getting the full details at this year’s E3. The game was originally announced in January of this year, and looks to up the ante compared to the previous games in the series. All we really know about the game is that it stars a new protagonist, with the character searching the world for Elysium.

I’m personally extremely excited to get my hands on Xenoblade Chronicles 2, as this series has delivered nothing but high quality games so far. Xenoblade Chronicles X didn’t manage to reach the monumental heights of the first game, but it nevertheless is a great RPG and a standout on the Wii U.