The 10 Best Things I Saw at the PlayStation Experience 2015

The latest news in the world of video games at Attack of the Fanboy
December 6th, 2015 by William Schwartz 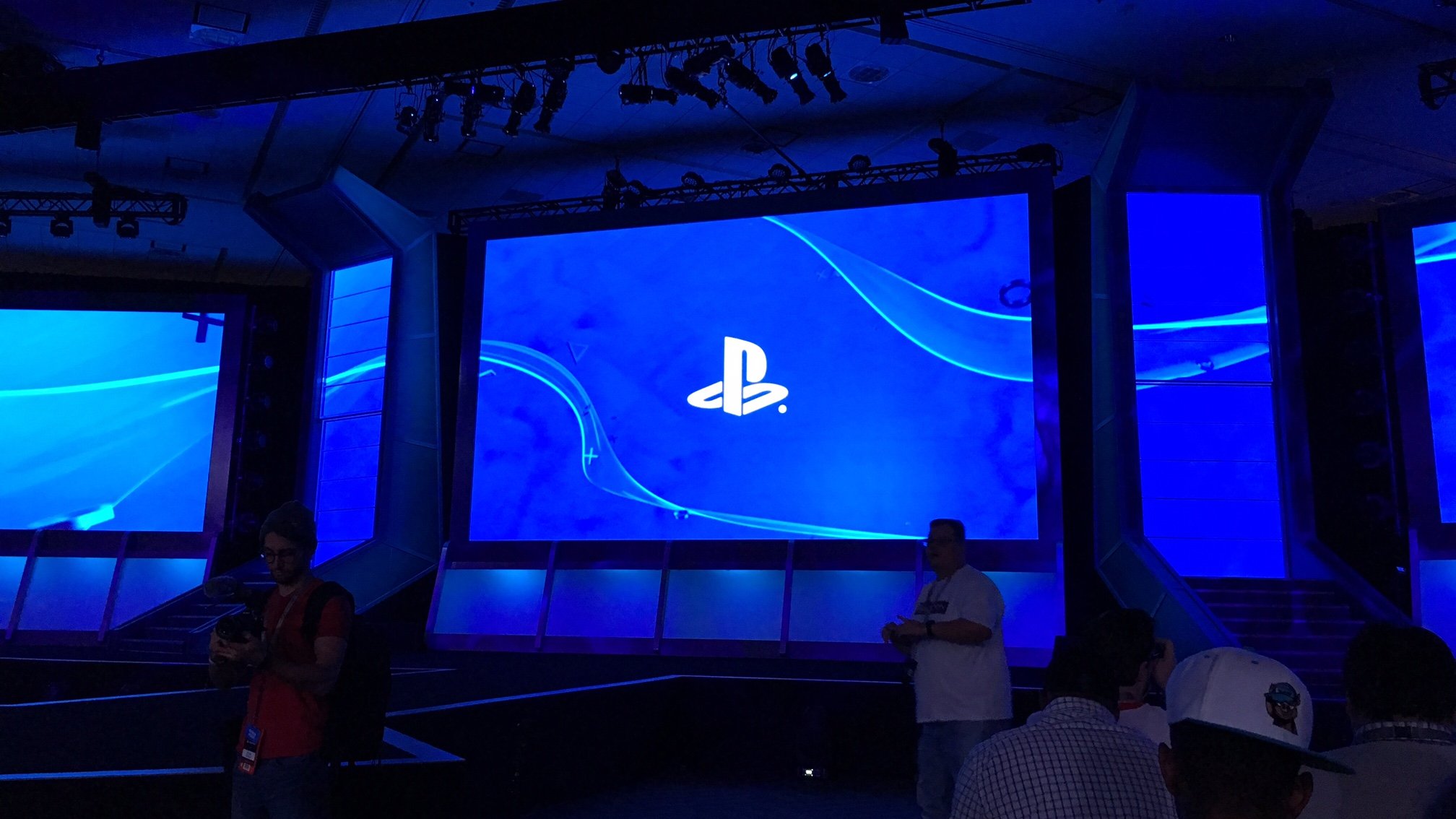 The PlayStation Experience 2015 is underway in San Francisco, CA, with Sony giving fans an unprecedented look at what’s coming to PlayStation in the year(s) to come.  A keynote conference kicked things off earlier this weekend, which held some big announcements including a release date for Ratchet & Clank, some specific third party exclusives with Destiny, Call of Duty, and Battleborn, as well as some interesting new games coming to the unreleased PlayStation VR.

Alongside the keynote, there’s a two day show floor for PlayStation fans to explore with games big and small to get hands-on with.  We saw a lot in a short amount of time.  In no particular order, these are the top 10 things I saw at the PlayStation Experience 2015. 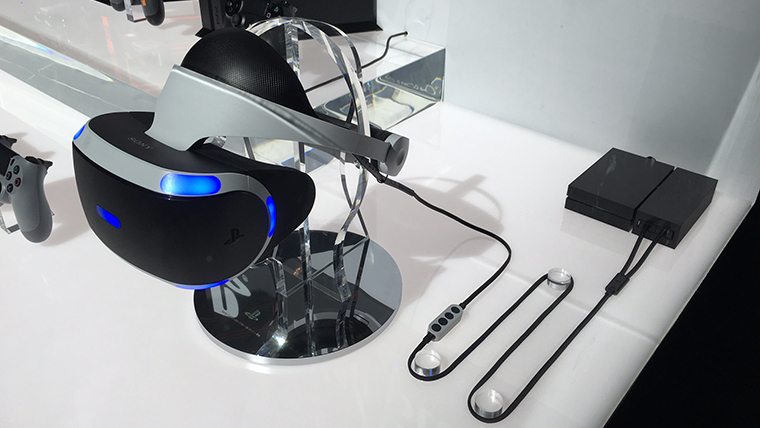 The PlayStation VR Headset has been popping up at conventions for quite some time, but the version we saw at the PlayStation Experience 2015 is as close to a finished product that I’ve seen from them.  The form and finish of the headset felt like something that could be found on store shelves fairly shortly.  While Sony has yet to confirm a concrete release date for the device, it’s slated for 2016.

To go alongside the near-finished hardware, there’s more software than ever, and much of it feels like complete, working games,  and not tech demos. 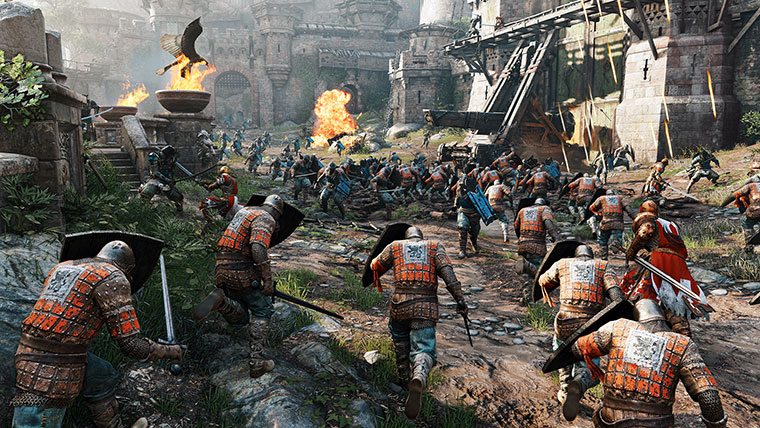 Virtual Reality isn’t going to instantly kill traditional video games.  Well, hopefully not, anyway.  There are still plenty of traditional games coming down the line that have nothing to do with VR.  While Ubisoft has caught some flak lately about not innovating enough with their established franchises, For Honor, a new game in the works is something incredibly different.

If you ever thought to yourself, “I really wish they made Braveheart: The Video Game,” For Honor might be something for you.  A short demo for the game had me wanting more of this medieval sword fighting third-person multiplayer title.  We played a domination style mode that had us battling human and AI opponents with sword and shield.  It took ideas from other multiplayer games, but put them in a very unique setting.  The sword play featured an interesting block and attack mechanic that made duels for control points play out in interesting ways.  Forget about that though, rushing into battle, sword in hand to lay waste to the enemy AI was both brutal and rewarding.

This one is still being worked on, so it’s too early to tell how well it will come together. The PSX demo for For Honor was one of, if not the, freshest take on multiplayer and setting that we’ve seen in a while. 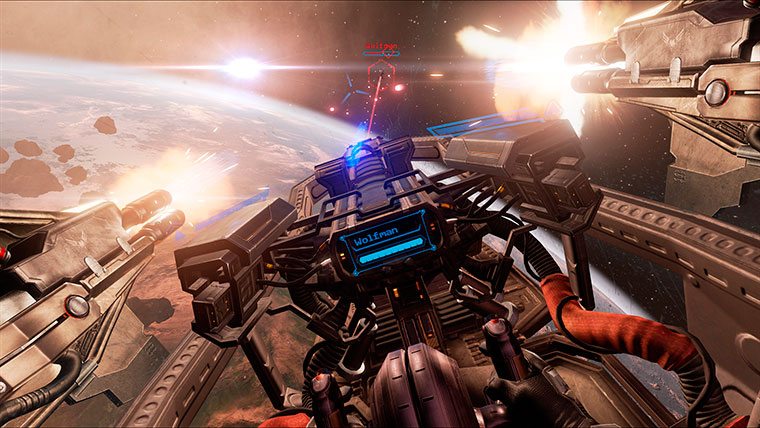 Eve Valkyrie was one of the longest waits on the show floor of the PlayStation Experience 2015, and apparently that was for good reason.  While we’ll have a more detailed preview up later next week, this PlayStation VR title was a competitive, class-based, multiplayer space dogfighting game that worked amazingly well as both a showpiece for virtual reality and the game itself.

Eve Valkyrie uses head tracking with the PlayStation VR to allow players to look around the cockpit of a spacecraft they are piloting, while also using a combination of the controller and your eyes to target enemy pilots.  It was fast, furious multiplayer pvp action.  The control scheme for Eve: Valkyrie made it incredibly easy to pick up and play, but with class based mechanics that gave ships different abilities, you could see that there was another layer of challenge hiding beneath the immersing battlefields and beautiful space vistas. 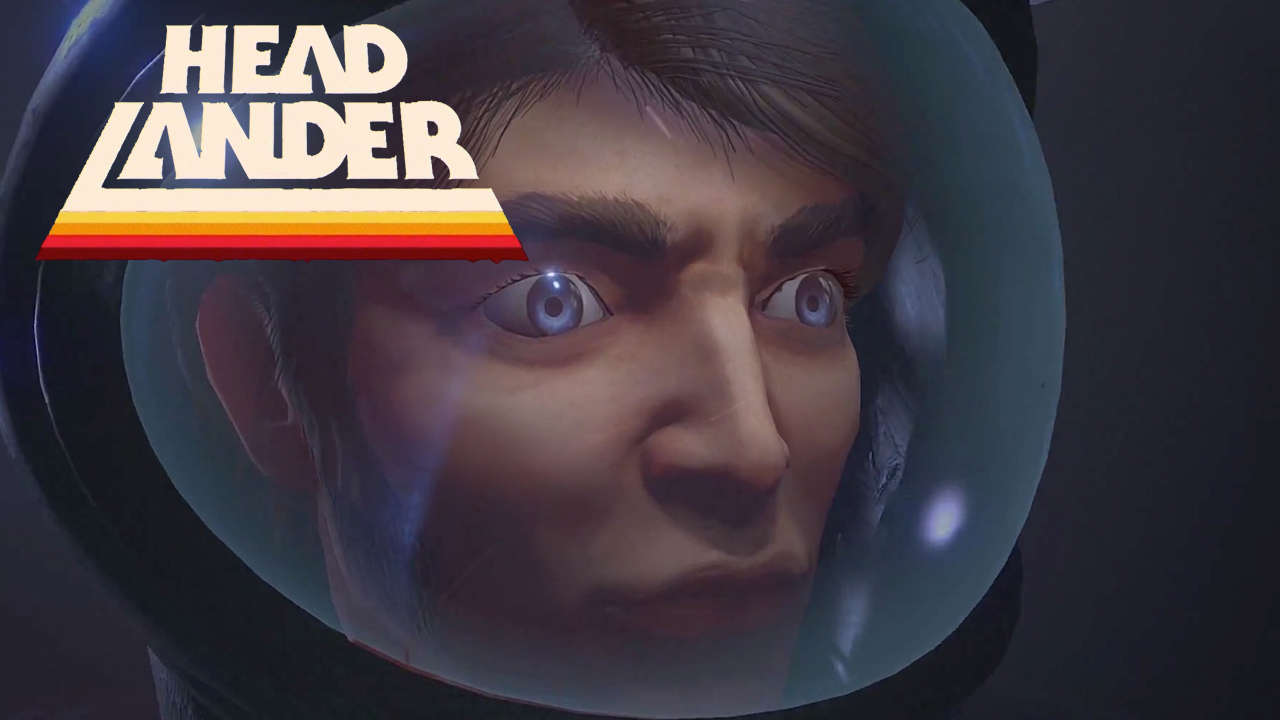 Headlander is an interesting take on genre that’s been tackled a lot recently.  Metroidvania, room-to-room exploration games aren’t anything new, but the combination of an interesting gameplay mechanic and Double Fine’s humor made this one of the more compelling games on the show floor.

This central mechanic is that you essentially play as a head.  That head can do a lot of different things, including moving from body to body and room to room to solve puzzles and progress.  The art-style is straight out of something you’d find in a 1970’s sci-fi movie.

Like most demos, this one was short, but tackling laser-toting enemies, popping their heads off with a laser blaster and then assuming their bodies felt like it had a lot of room to challenge the player as the game progressed. 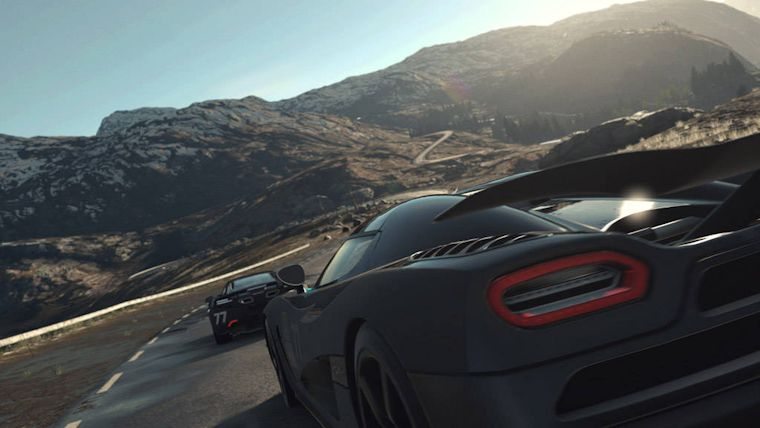 Apparently DriveClub is not coming to PlayStation VR, but it should be.  Combine this developmental version of  the racer from Evolution Studios, a PlayStation VR headset, and a Thrustmaster racing set-up, and you have the ultimate racing game — the likes of which no multi-monitor setup can replicate.

Playing DriveClub in this fashion is about as close as you can get right now to a true to life racing experience.  While the PlayStation VR doesn’t come close to the fidelity that you find on the PlayStation 4 version, likely due to hardware limitations, it was good enough to get my blood pumping while hurting through the track at a breakneck pace.

If game development studios were rock bands, Media Molecule would be The Beatles, and Dreams would be their Sgt. Pepper’s Lonely Hearts Club Band.  Their most ambitious game to date, they take the creative premise of the Little Big Planet series and run wild with it, allowing players to create dreams for others to play and experience.

Little Big Planet was a platformer, and while the community got very creative in making different types of games within the game, Dreams has a considerably wider scope and breadth to the creative possibilities due to the 3D nature of the game.  Players are given customization tools that allow them to create new characters for their dreams, and environments that can made by using tools created by MM or through using things that other Dreams players have created.

This was a hands-off demo at PSX and only limited to press, but it was one of the most intriguing things at the show.

Sony showcased a funny video during their keynote address for the PlayStation Experience that featured Job Simulator for PlayStation VR, but no video could really do it justice.  A virtual reality game that was as fun to watch as it was to play, Job Simulator allows players to get completely creative with their environments.  Want to put a donut in a copy machine and chow down on unlimited donuts?  You can do that.  You can also rummage through the trash cans for moldy ones, eat those and puke your guts up.

There’s layer after layer of things to uncover in Job Simulator, including games within games, and it seemed like every time I watched another person play they discovered something entirely different.  Job Simulator was completely different than the other VR titles we’ve seen thus far, and that’s the kind of new experiences that this technology affords.

There have been quite a few games in the Souls series now.  We’ve got Demon’s Souls (and unfortunately no announcement on a PS4 remaster), Dark Souls 1 & 2, Bloodborne (c’mon it’s a Souls game), and Dark Souls 3 next year.  While fans may be getting accustomed to the punishing challenge of these very specific types of action role playing games, if the latest gameplay demo for Dark Souls 3 is any indication, they aren’t quite pulling any punches with the third numbered game in the series.

The gameplay systems might be entirely familiar, but Dark Souls 3 most certainly looks better than its predecessors.  That dynamic lighting system that caused a stir within the community seems to be fully realized here, and combat sees a pace that has been ratcheted up to match what was found in Bloodborne. No, we didn’t make it to the final boss of our demo.  Apparently, not many people did either.  The video above that was also recently released for PSX was an entirely different area than what we played in our demo, so like other Souls games, this one will see a nice diverse mixture of environments and creatively evil bosses to battle.

Far Cry: Primal is more Far Cry, but not quite how you remember it.  It takes some of the coolest elements of Far Cry 3 in using animals and makes a full game around it.  Given the ability tame wild animals, players in Far Cry: Primal fight side by side with wild beasts as they explore this open world.

We only got a chance to play a small segment of the game, but it looked promising.  We tackled a single outpost with giant bear by our side, and owl in the skies pinpointing enemy locations. Primal feels like it’s going to have plenty of weapon customization and companion options.

The only unfortunate thing we learned about the game is that Ubisoft has ditched the multiplayer offering this time around.  Far Cry Primal is slated for February.

Too many to name

There were a ton of smaller games that seemed like they could be a whole lot of fun.  The rogue like, Brutal, was an interesting spin on a genre that has seen its fair share of entries in recent years.  3 on 3 Freestyle was a heck of a lot of fun to play, eventhough, it still felt a little rough around the edges.  Anyone that’s been wanting a basketball game in the same vein as NBA Jam or Arch Rivals might enjoy this slimmed down sports entry.  Hob for PlayStation 4 was another interesting adventure/puzzle game coming from Runic, the makers of Torchlight.  Firewatch, Day of the Tentacle, and tons of other indie titles were on display at the PlayStation Experience so there’s no sign of Sony slowing down on this initiative.

For people that can’t attend larger events like PAX or E3, The PlayStation Experience is a great way to get exposure to a diverse assortment of games, big and small, from a wide variety of publishers or indie developers.

The Big No Shows

E3 promised a huge year for the PlayStation 4, but here we are in December at a major event almost entirely dedicated to the platform and the three biggest games that Sony was touting at E3 last year had a very small presence.  The Last Guardian, Uncharted 4, and Horizon: Zero Dawn had little to no presence on this show floor.  Uncharted’s multiplayer beta was playable, but then again, the beta has been live for a couple days for those who purchased The Nathan Drake Collection.  The Last Guardian had a small presence, but that did not include anything playable or watchable for that matter.  Horizon: Zero Dawn was nowhere to be found.