The Blue Blur returns for a grand adventure like never before. 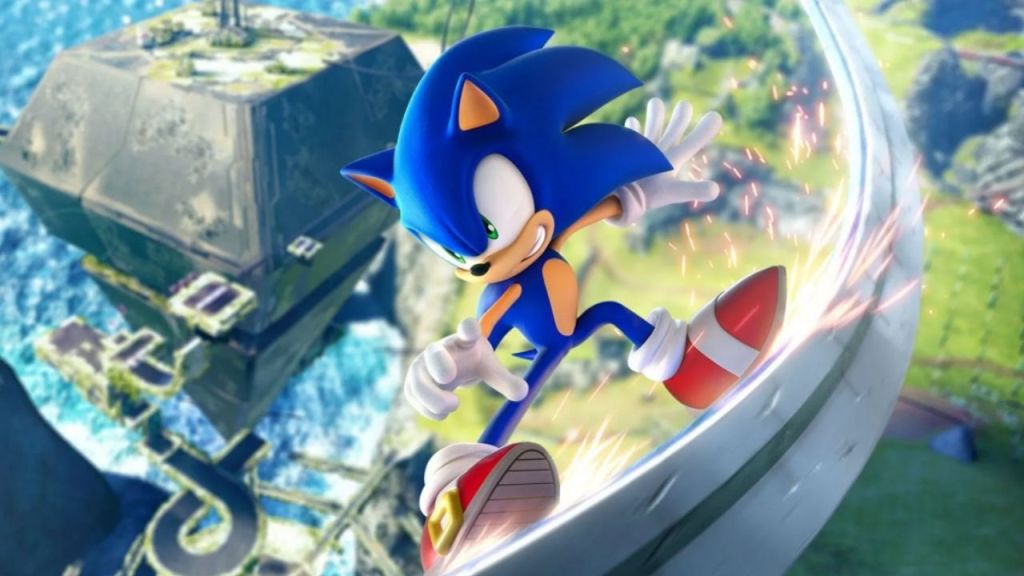 When Sonic Frontiers was announced, I was admittedly skeptical. I was a non-believer. I thought this game would fall flat, be lifeless, and be another entry that followed the overdone open-world formula that we have seen in the past decade. After playing the game for a reasonable amount of time even after the credits, I’ll gladly eat crow for my past sentiments.

Sonic Team really nailed what makes a Sonic game great and true to the franchise. It’s about good platforming; it’s about engaging gameplay. Most importantly, it’s about going fast. In previous Sonic games, that whole mantra of going fast started to feel like a relic of the past. However, with Frontiers, it’s back in full force in a way that reinvigorates the typical gameplay loop and more.

The moment you start a new game and get past the menus, the story begins with an easy-to-follow plot. Sonic and his friends are just minding their business during an adventure, and then comes some calamitous event orchestrated by their long-time adversary, Dr. Eggman.

As things go awry, it’s up to Sonic to save his friends again from imminent disaster, and you can assume control of him. Immediately — and this is a bit of a divisive topic for many — we’re back in yet another rendition of Green Hill. The movement, platforming, and everything we have grown used to from the modern Sonic games is all there. Muscle memory kicks in. It somehow feels like 1991 and 2022 meshed together.

Progressing through the stage, familiar foes are laid out to stop you from reaching your goal. Collectibles are still there for the completionists. That familiarity feels nice. No frustrating gimmicks are thrown at us that make the game feel slower.

Upon finishing that first stage, you enter the first open-world instance. The familiarity still lingers. You see springs, grind rails, boosters, and jump rings scattered about. They’re all placed in such a way that you can see the ideas of new and old merging to create something that the series needed.

There’s a healthy balance between venturing into the vast open zone instances laid out in the game and platforming through traditional levels. You go and explore for a bit, discover new landmarks, and progress the story further. In the next instance, you’re back in familiar territory, racing for the best time possible for a stage clear.

While moving forward in the world of Frontiers, you’re slowly eased into the combat of the game. Although we’re used to Sonic utilizing his speed and spin-dashing to take down any foes who get in the way of helping his friends, what’s presented to us instead is an entire combat system where he’s throwing punches, kicks, energy waves, and all sorts of acrobatic moves to defeat his enemies.

The thing is, with a combat system like this, the game still maintains the whole “gotta go fast” mantra. Purists who only like the running, dashing, and homing attacks can rest easy knowing that the Blue Blur’s biggest selling point remains intact.

There’s depth when it comes to combat in Sonic Frontiers. You can still very much outrun your opponents and spin-dash them until they’re defeated, but the mix of flashy combat and new skills adds a new layer of gameplay that really benefits the game in the long run.

With all these new skills ready to be used, this allows Sonic Team to introduce brand new enemies and boss archetypes. At the end of my playthrough, there were definitely some battles that stood out compared to even some of the most iconic ones in past Sonic titles.

Even with all this mention of combat and skills, Sonic is mostly able to pull this off because of his untapped potential. Little speed was sacrificed if any. The game still feels like a Sonic game at its core, and it makes sure it stays that way.

One of the biggest concerns many fans (myself included) had for Frontiers was that the Starfall Islands were going to be barren. These fears were valid mostly due to potential technical restraints, the speed and freedom that players have in exploring, and the track record Sonic Team had in the past when it came to consistently good games.

To alleviate many of those fears, the team instead created a game that feels populated. The open-world instances aren’t empty. In fact, the mix of different obstacles, puzzles, challenges, enemies, and collectibles feels like Sonic Team created a typical zone and turned it into an entirely explorable area. It never feels like you have to mindlessly run from point A to point B until the story progresses forward.

The mix of different obstacles, puzzles, challenges, enemies, and collectibles feels like Sonic Team created a typical zone and turned it into an entirely explorable area.

That feeling turned into starting at point A but taking about an hour to get to point B because I found an entirely new area with new enemies to defeat and items to collect. This is also what makes Frontiers so great. Its story is linear, but your player progression isn’t restricted. Unless something is directly tied to the story’s progression, there really are no restrictions on what you can fight or where you can explore.

It’s fun to just run around the Starfall Islands, collecting as many rings as possible, defeating the ancient Guardians, and leveling Sonic up. And that’s what’s even more impressive about the game. With RPG elements directly implemented into player progression, the things you do will only make you stronger.

Sonic Levels Up in New Ways

Luckily, these RPG elements are digestible so that players of all skill levels can easily dive into the true depth of Sonic Frontiers. His stats are divided into four categories: ring capacity, speed, power, and defense. Each stat can be leveled up, making him that much more effective overall.

Top that off with learning new abilities in his skill tree and now we somehow have the culmination of a new standard for 3D RPG platforming. The best part of Frontiers having the aspects of a role-playing game in it is that there never really feels like you have to halt your progression to grind.

It helps to increase your stats as you progress, but everything feels so natural. There are no expected levels or barriers to entry for moving forward with the story. You simply have to complete or collect what’s necessary to move on. The grind is something you do at your own pace as a completionist or to make the game easier on yourself.

The cherry on top of the progression is that the gameplay loop of modern Sonic games is extremely engaging. You’re rolling around at the speed of sound. You got places to go and you’re following your rainbow (Sonic Adventure 2 fans, this one’s for you). Even when you’re grinding it’s not boring. The combat will also help you mix up your strategies against enemies with more gimmicks.

Speaking of the gimmicks in Frontiers, these go hand-in-hand with the amount of love and fan service poured into the game. These gimmicks mentioned earlier are in the form of enemy attacks. In Sonic Frontiers, we battle a whole new faction of enemies that aren’t Badniks or from some arbitrary military group.

Rather, we’re fighting extraterrestrial mechanical enemies from ages long ago. The only thing is, many enemy archetypes whether big or small, are reminiscent of enemies we have faced in previous Sonic games. There may be extra steps to take them down, but many of the grunt enemies look oddly similar to those G.U.N units faced in the Adventure series. Certain bosses like the Squid feel like you’re playing through Starlight Carnival from Sonic Colors.

When I say that the elements of new and old are done right, it’s things like this that further prove my point. That feeling of nostalgia is tapped into even more as you hear more character dialogue. Sonic and his friends make callbacks and references to their previous endeavors, not only confirming that Frontiers is Canon, but that those are memories to be held. For obvious reasons, I will not go into spoilers here regarding those references, but you can do so by playing the game or watching playthroughs.

A Good Foundation for the Franchise’s Future

The future of the Sonic franchise started to look like doom and gloom after the release of the self-titled game back in 2006. Since that year, many mainline titles were very hit or miss. Some standouts have come out since, but Frontiers might be the one to actually put the Blue Blur back on the map.

Sonic Frontiers really picks up the slack where this franchise started to falter. It’s still a Sonic game at its core and makes sure to stay true to the name even when branching out into other areas unfamiliar to the series. With many risky elements implemented like the combat and open world, these were executed in a way that enhanced my time playing. The game plays very well and will appeal to veterans and newcomers to the long-running series.

To those who still might be skeptical, give it a try. Frontiers preserves the best aspects of a modern Sonic game and expands upon it in ways that helps refresh the series moving forward. Despite how well your platforming expertise is, this game is really hard to put down. It makes you want to keep running around, reaching new heights and new locales.