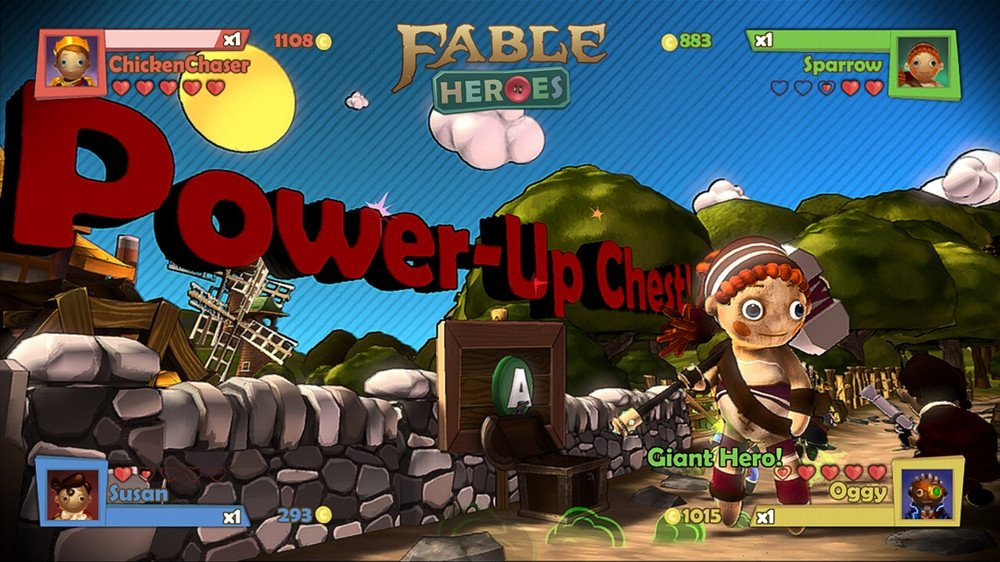 It looks like Lionhead Studios has another Fable title in the works, that is according to a recent listing on the Xbox Live Marketplace.  Fable Heroes was leaked on the Microsoft Xbox 360 site, and shows off a completely different type of Fable experience.  As you can tell by the screenshots that were also found, the game has a much more cartoony look to it than previous titles.  The game is also said to feature four-player multiplayer in the cooperative and competitive varieties.

Some forum dwellers are starting to think that the game may be a Microsoft version of Nintendo’s Mario Party franchise, but it’s still too early tell.  Microsoft is set to reveal multiple new titles this week during GDC, Fable Heroes just might be one of those new titles.

According to what was found on the XBLM:

“Fable Heroes is a fresh spin on the beloved Fable franchise in which up to 4 players play both competitively and cooperatively in this hack and slash adventure.  Work together as heroes of Albion to defeat familiar foes and new enemies while collecting as many gold coins as possible to unlock upgrades, characters, and items in both the game and Fable: Journey for Kinect for Xbox 360.”

Have a look at the screenshots below for your first look at Fable Heroes.