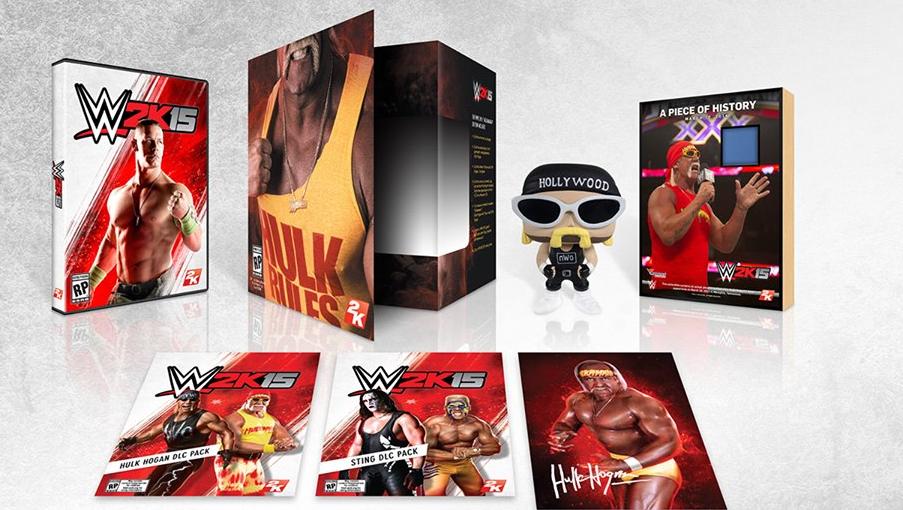 Update: The special edition has now been officially announced. It includes the following items.

Hulk Hogan announced a few weeks ago a special edition of WWE 2K15 is coming. The actual content may have been leaked and it offers a lot of good stuff.

According to WWEGaming, a Gamestop employee in California has spilled the beans on what is being offered in the special edition of WWE 2K15. As expected, the package will be based on Hulk Hogan.

First of all, a special Hulk Hogan DLC character will be offered. It’s being said this character model will be based off of his appearance from WrestleMania 30 this year. You also get an autographed photo of Hulk Hogan himself too. A special disc featuring some of his famous matches is included plus an alternate cover for WWE 2K15 tops this special edition off.

Pre-orders for this special edition of WWE 2K15 is said to open on September 9th. Hopefully 2K Games reveals it officially so we can see what it actually looks like. It’s also been noted Best Buy is only offering the special edition for PS4 and Xbox One. There was no mention of any PS3 and Xbox 360 versions sadly. If you are a huge Hulk Hogan fan, you may have to buy a PS4 or Xbox One console if you have not done so already.