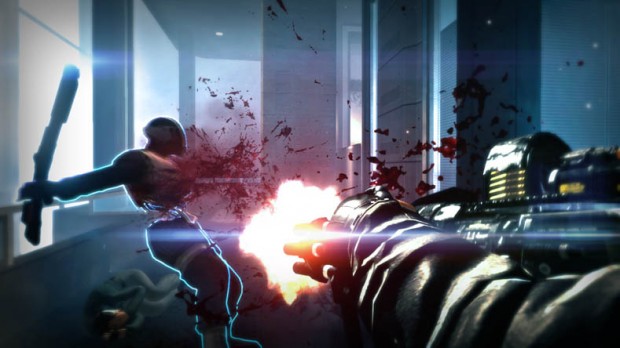 EA has released a bundle of new screenshots for Syndicate to kick off the month of December.  This futuristic shooter is getting better and better the more we get to see of it.  Coming early next year, Syndicate is a first person shooter, inspired by the original Syndicate Game from the early 90’s.

In the not too distant future, the world is divided into regions controlled by mega-corporations known as Syndicates. In this future, business is war, and you are the weapon: the latest prototype agent for Eurocorp, one of the most ruthless Syndicates in a world dominated by greed. In single-player, embark on a unique sci-fi shooter adventure of corruption and revenge, as you utilize DART 6 chip-enhanced technology to breech, manipulate and control the wired world.

Syndicate will also feature four player cooperative play when it launches this February on PC, PS3, and Xbox 360.