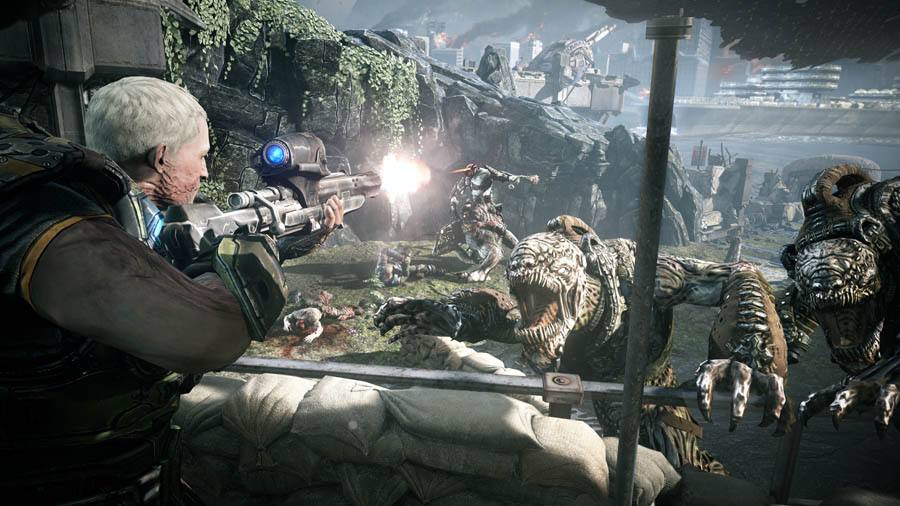 Gears of War: Judgement may look exactly like its predecessor, but taking a deeper look at some of the new elements of the game, there are some big changes in-store for Gears fans.  Out of SDCC, Epic Games has revealed the new Overrun game mode for Gears of War: Judgement.  In it you have class based warfare between the COG and Locust forces, the gameplay footage takes us through the different classes in what appears to be a fast-paced affair on a new map called the Island.

As you can see from the video, there are multiple classes within each faction.  Scouts can throw sensor grenades which alert your teammates of enemy positions.  Each side has a healer of sorts which can heal teammates, and there are a few other classes which you’ll have to watch the video to see.  It’s definitely a flavor of Gears of War that we’ve yet to see.

Gears of War: Judgement was recently revealed to be arriving on March 19th, 2013.