Shang Tsung is Still A Bad-Ass in Mortal Kombat 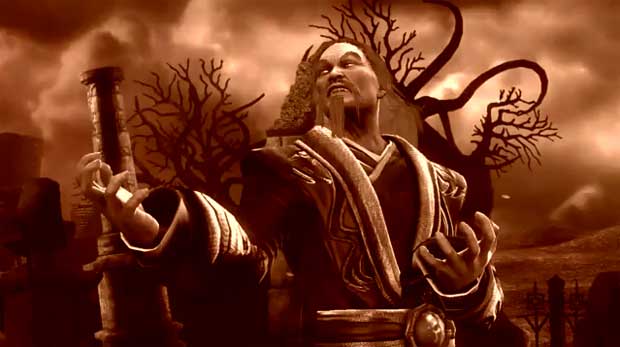 This latest Mortal Kombat trailer showcases the kind soul-taker we all know and love:  Shang Tsung. Get to know this friendly deadly combatant and how he pledged his life to Shao Kahn and became the ruler of the Mortal Kombat tournament.

Prepare yourself to reenter the tournament in the triumphant return of Mortal Kombat. A complete reboot of the franchise, this latest iteration combines all-new mature oriented fighter gameplay with a deep story mode, improved graphics and game technology and new game modes to create a Mortal Kombat play experience like none before it. Feature details include: a storyline that takes players back to the original tournament, 4 player tag-team kombat, 3D TV compatibility, fatalities presented in graphic detail never imagined in earlier releases, enhanced online functionality and more.

Mortal Kombat releases for Xbox 360 and PS3 on Tuesday, April 19.  There are some goodies for both versions, some announced, others not so much.  On one hand you have the PS3 version which includes Kratos, from the God of War series.  On the other, you have some rumored functionalities and possibly a Green Lantern sighting.  With only a week to go before launch we’re gonna need some more clarification on this Xbox 360 situation…seriously.