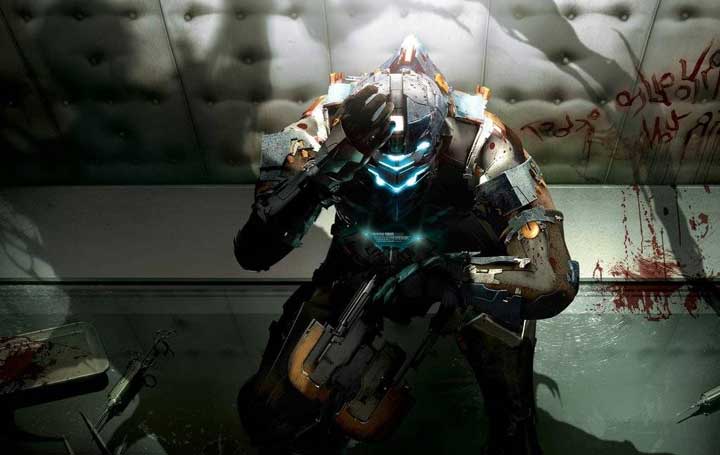 Well we’ve got the first quarter of 2011 behind us now.  With it, we’ve seen some incredible titles released that have surprised in both good and bad ways.  The first quarter has given us titles like Killzone 3 , Dead Space 2, LittleBigPlanet 2 , Crysis 2, Mass Effect 2 for the PS3, Homefront, and many other mentionables in the handheld space with the launch of the Nintendo 3DS, Pokemon Black & White, and even some great mobile titles like  Angry Birds Rio, Final Fantasy III, and so much more that we’ve barely had a chance to touch.

For us, it’s pretty clear what game was the big winner of 2011, thus far.  That game is Dead Space 2, for quite a few reasons.  It took a title that not many people knew or cared for and turned it into a blockbuster franchise.  Visceral pumped some much needed life into the survival genre with Dead Space 2, and critics and gamers alike seemed to concur on the game’s success.

Aside from Dead Space 2, EA has been putting out some serious blockbuster titles thus far in 2011.  Crysis 2, Dead Space 2, Bulletstorm, Shift 2 Unleashed, Dragon Age 2, Fight Night Champion, and Mass Effect 2 for PS3 have kept us more than occupied these first few months of the year.  The simple fact that these six games have an overall averaged metacritic score of 88 is a great display of how well the year is going thus far for EA.  There’s plenty more on the horizon for the publisher in 2011 as well.  They still have games like Portal 2 in the pipeline and Battlefield 3, among others.  2011 is shaping up to be a great year for the publisher.

Sony’s no slouch in the first quarter either, the first party publisher hit 2011 hard with LittleBigPlanet 2, Killzone 3, and MLB 11: The Show.  These three established franchises recieved a warm welcome from their loyal followers and critics alike.  Killzone 3 raised the bar in the graphics department for the genre, but I think it really failed to capture the larger audience, that a game of that caliber probably deserves.

Probably the biggest dissapointment was the release of Homefront.  I can’t speak for everyone, but I had expected a whole lot more from Kaos Studios.  When a developer claims that they are going to take on a game with the stature of Call of Duty head to head, then deliver the mediocre experience that is Homefront, it makes you wonder why less money isn’t spent on marketing and more on developing.  THQ does have a lot coming in 2011 however. They’ll have plenty of chances to redeem themselves and this process has already begun with WWE AllStars.  WWE Allstars is an arcade wrestler that brings the fun back to the wrasslin genre, that has lost out to a more realistic experience as of recent years. Looking further forward, Red Faction: Armageddon, and Saints Row are all on the horizon so things should be getting better going forward.

The Nintendo 3DS has taken the world by storm thus far in 2011. However, the traditonal supply squeeze that Nintendo buyers usually face doesn’t seem to apply for this hardware release.  Depending on how you look at it, this is a good thing, especially if you didn’t want to get into the mix at a midnight launch.  Alongside the 3DS, a slew of titles for the device released from third parties, however the first party support seemed to be a bit lacking.  As much as I want to upgrade to the 3DS from my trusty DS model, Pilotwings just isn’t urging me to jump.  As the year progresses Nintendo is slated to release some very interesting first party titles like Kid Icarus, Zelda, and Paper Mario, at which point millions of people will realize the grave mistake they made in not picking up the handheld when they could find it.

Contributing to the 3DS success was Capcom, and their 3D iteration of Super Street Fighter.  The bite-sized fighter was one of the top performing games for the handheld, thus far.  Also in Q1 Capcom saw great success with their release of Marvel Vs Capcom 3.  A sequel many years in the making,  brought back the two worlds of the many iconic properties across the two brands.  Capcom recently announced that they hit the 2 million shipped mark on the title and these numbers will likely increase as the gamers hear more about the fighter.

Some notable no-shows for the first quarter of 2011 were Microsoft and Activision.  Microsoft didn’t have much to offer as far as physical media goes for the first quarter, but did manage to ship their first Bungie-less downloadable content for Halo-Reach.  The console maker did make a lot of forward looking statements however, in an attempt to reasssure that its core gamer fan-base is not being neglected.  The Kinect, which hasn’t had much to play on the device since Christmas, has sold 10 million units since its launch in November.  As this install base continues to burgeon you can expect developers to cash in on this new marketplace.  Activision also had a huge DLC release in the first quarter with Call of Duty: Black Ops First Strike.  Released as a timed exclusive on the Xbox 360 the content has just finally reached gamers on the PS3 and PC.  I haven’t seen official numbers on the sales of the content but it’s likely in the 10’s of millions.  Even bigger news that the earth shattering DLC release, was the announcement that Activision would be discontinuing their Hero franchises.  Guitar Hero will not be making it’s yearly rounds in 2011, but they did announce that there would be even more focus on the properties like Call of Duty and World of Warcraft.

I think the sheer numbers of the games that EA has put out thus far this year, and the level of quality found in each one, make it clear that EA is dominating 2011  thus far from a software standpoint.  What do you think?  Let us know how your first quarter was, and what you enjoyed most in the comments section below.