2023 has everything from blasters to Hyperspace. 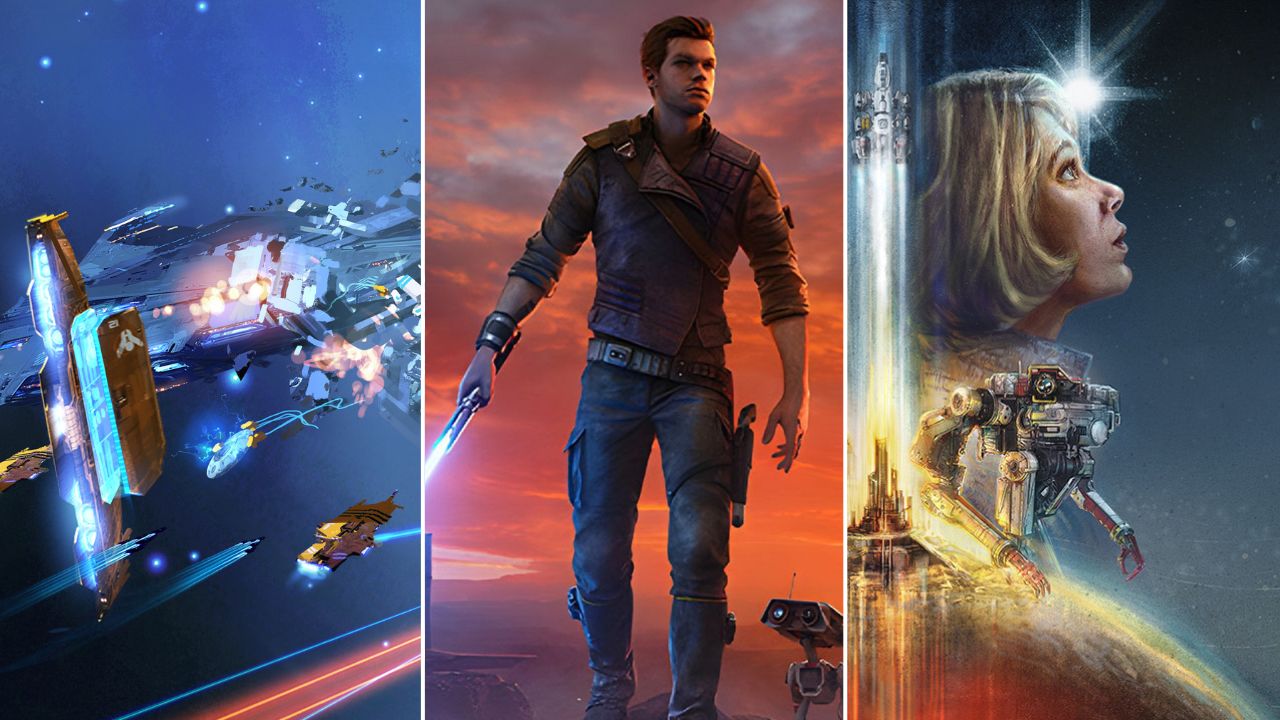 As our Earth completes another rotation around the Sun, many video game lovers are looking to the future for what 2023 has in store. If you love space, the stars, aliens, and all things sci-fi, then you’re in luck. 2023 is looking to have numerous sci-fi titles released throughout the year. Unless they get delayed, here are all of the sci-fi games coming out in 2023 that we know about and are most excited for.

If you follow Bethesda Game Studios, the makers of Skyrim and Fallout 4, you know about and are very excited about Starfield. Starfield is a sci-fi RPG adventure that features multiple planets, space flight, numerous quests to complete, and so much more.

Starfield doesn’t have an official release date yet, but it has been teased by Bethesda to come out in the first half of 2023. Though we wouldn’t be surprised if this date got pushed, we are anxious to get our hands on the “Skyrim in space” that Starfield promises to be.

Star Wars is arguably the king of sci-fi and the highly anticipated sequel to Star Wars Jedi: Fallen Order is coming on March 17, 2023. The sequel is called Star Wars Jedi: Survivor and, from the looks of the blood-pumping gameplay trailer, it will be an excellent game that expands on the story, world, and gameplay elements.

The first Star Wars Jedi game was souls-esque with its challenging enemies and explorable world structure. We can’t wait to try out Star Wars Jedi: Survivor as we expect it to improve in almost every way.

Judas was a pleasant surprise at this year’s Game Awards. As it is the first game from Ghost Story Games with Ken Levine, the creative director of Bioshock and Bioshock: Infinite, we couldn’t be more excited.

From the teaser trailer we got, Judas is a first-person sci-fi adventure in the vein of Bioshock, but the story is completely different and it takes place in a broken ship orbiting a planet. The combat looks very similar to Bioshock as does the overall vibe. If you like Bioshock and you like sci-fi, keep your eyes peeled for a firm release date since we know Judas is coming in 2023.

As a refresher, Dead Space is a third-person survival horror adventure game that is definitely sci-fi. While you wait for this exciting remake, you can enjoy the Callisto Protocol which has a lot of original Dead Space writers, developers, and therefore, DNA in it.

Armored Core VI Fire of Rubicon is technically sci-fi in that it is a game about mechs and space and explosions. The Armored Core series was one of the first series from FromSoftware, the game developers behind Elden Ring, and Armored Core VI is their grand return. And no, you don’t need to play Armored Core V or the others to get this one.

While Armored Core VI won’t be a soulsborne, it will include intense boss battles. Armored Core VI comes out sometime in 2023 and we can’t wait to assemble our own mechs and put our mettle to the test.

Right next to Star Wars in the category of classic sci-fi is Star Trek. Bruner House, the developers behind New Tales from the Borderlands, is bringing us Star Trek Resurgence in spring 2022 on PlayStation 4, PlayStation 5, Xbox Series X|S, and PC.

Aliens: Dark Descent is a real-time strategy game coming in 2023 and it will be set in the iconic Aliens universe. In this single-player game, you’ll control a squad and use them to push back Xenomorphs.

The graphics look beautiful, the fighting looks fun, and Aliens is always a great setting for great games. Along with all of the other great sci-fi games in 2023, we are excited for Aliens: Dark Descent.

Homeworld 3 is a highly anticipated RTS sci-fi experience coming in the first half of 2023. In Homeworld 3, you control massive fleets of starships and will engage in space warfare. Kerbal Space Program 2 is coming on February 24, 2023, and it is a space flight simulator where you can build your own rockets and fly them. Last but not least, Deliver Us Mars is the sequel to the award-winning Deliver Us The Moon. Deliver Us Mars is a sci-fi adventure game that comes out on February 2, 2023.

While we are beyond excited to play these stellar games, there is also a brand new expansion in Destiny 2, which is the best live-service sci-fi game out right now. The new expansion is called Lightfall and will introduce a lot of new things into the game including a neon-soaked cyber city. Keep looking to the stars, gamers!

All of these games will be available in 2023.