These simple tweaks would make a world of difference. 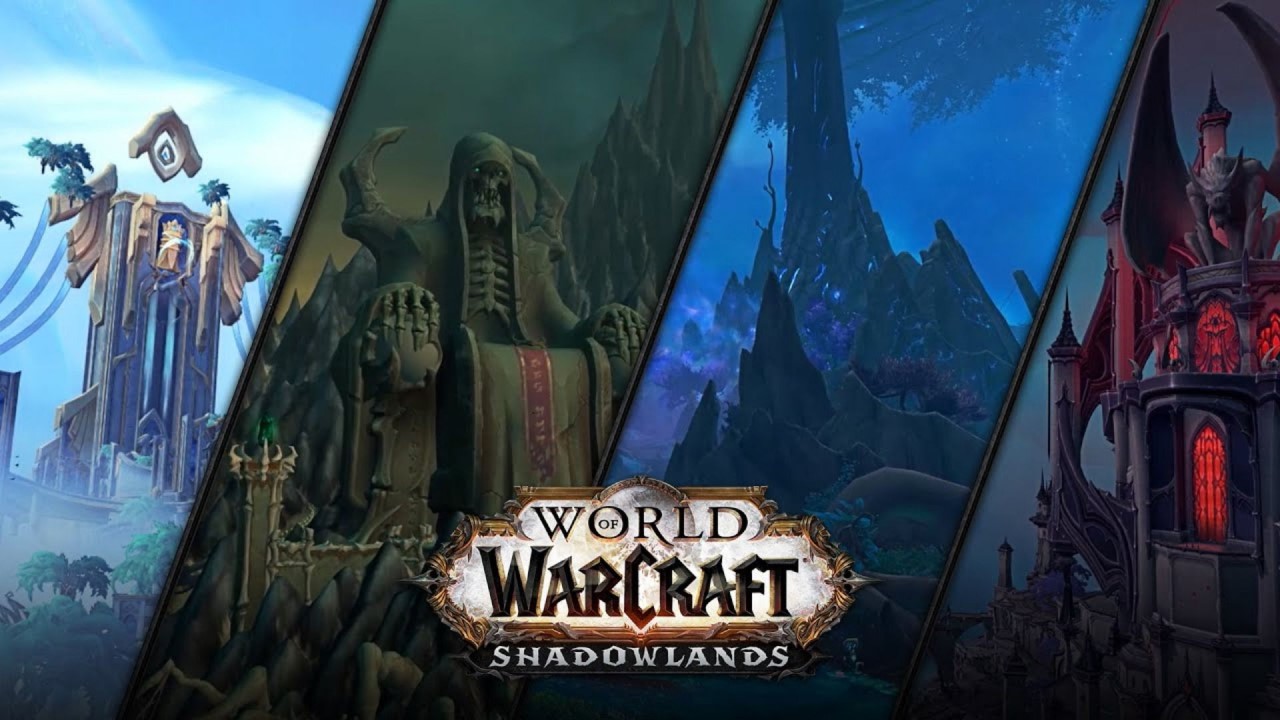 World of Warcraft: Shadowlands may be less than a month old, but thus far its been an excellent expansion to Blizzard’s long-running MMO. One could argue the bar was set pretty low following Battle for Azeroth, but the latest expansion has the potential to rank among WoW’s best.

Nothing’s perfect, however, and there’s always room for improvement. Shadowlands has quite a few moving parts, and there are plenty of jagged edges in need of sanding. These five changes may seem like small adjustments on paper, but they’d go a long way towards making Shadowlands an even better expansion than it already is.

I decided to omit larger, more general adjustments such as class balance from this list, since those will be ongoing and are a bit of a given. These suggestions are largely one-time tweaks that would vastly improve our overall enjoyment of World of Warcraft: Shadowlands, Sometimes it’s the most straight-forward alterations that’ll have the largest impact.

Blizzard has done away with all the extra randomization garbage that’s plagued gear for a few years, and to compensate they’ve reduced drop rates to ensure getting a coveted item still feels impactful. That, and to keep players from wrapping up their best-in-slot shopping lists within a month. Thing is, Mythic dungeons and raids already have weekly loot lockouts in place to slow players down. I’m all for loot being more meaningful, but players shouldn’t be entirely beholden to the whims of capricious RNG.

The Great Vault isn’t a terrible countermeasure, but the lack of duplicate protection means players who don’t clear all nine tasks are likely to hit another RNG-based wall. Tokens on the other hand provide an alternate progression path that doesn’t rely on luck. Valor and Justice points once served this purpose, and they should make a comeback in Shadowlands.

Paired with the return of PvP vendors and PvP gear in the expansion, players would be able to grind their preferred activity to earn an upgrade over time. There will be no need for “bad luck protection,” and drop rates wouldn’t have to be adjusted: a well-paced token grind is more than enough to keep players moving forward after their luck runs dry. The item-level on token gear would have to be capped, otherwise Mythic+ and raids would lose their appeal, but I don’t see the harm in implementing a token system that would ultimately push more players into that level of content. 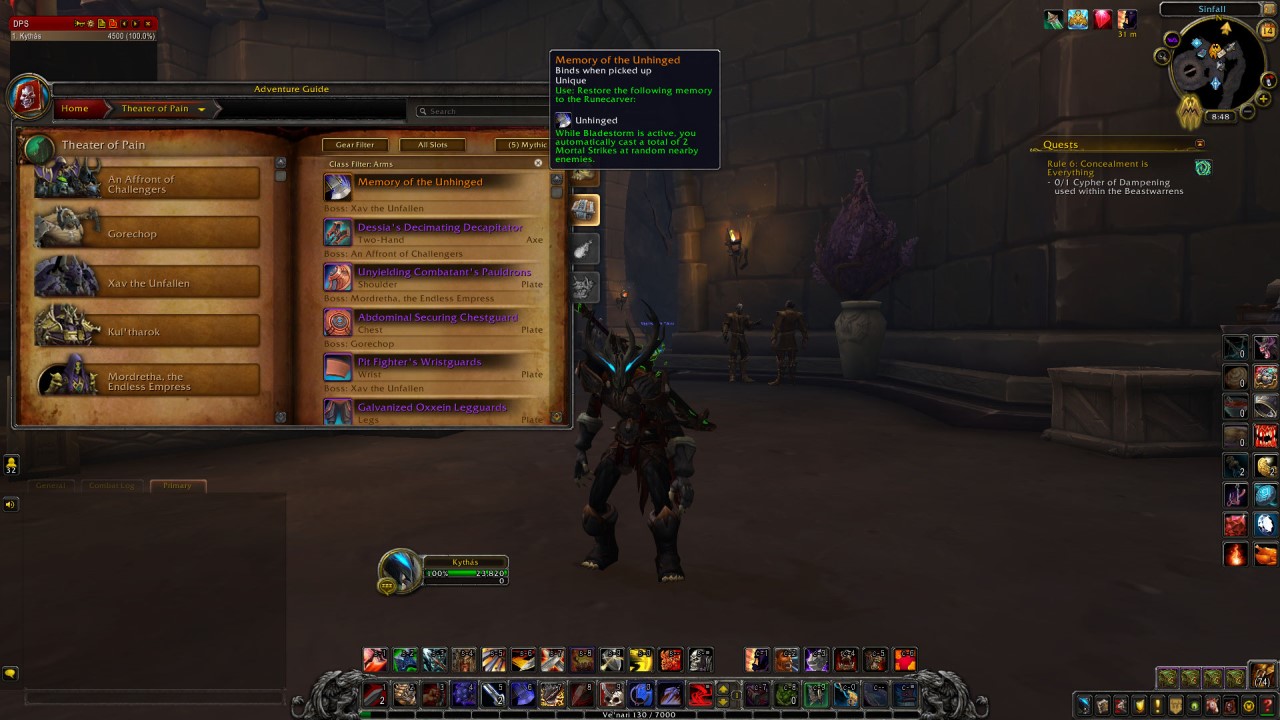 Move Legendary Memories in dungeons to the final boss.

This is perhaps the simplest change Blizzard could make in Shadowlands, and it’d go a long way in keeping players sane. Legendary Memories are used to craft powerful Legendary equipment, and some of the best memories can be found within dungeons. While Blizzard has gone on to boost their drop rates in higher difficulty dungeons, the fact that most drop from bosses other than the last one has led to players abandoning dungeons part-way through when their desired Legendary Memory fails to appear.

This can kill a dungeon group dead in its tracks, specifically if the tank or healer drops. DPS queues are long enough as it is, and having to requeue in the middle of a dungeon just because someone was adamant about farming their Legendary Memory as fast as possible is a drag. If the group completely falls apart then you risk this annoyance repeating itself when you requeue.

Move the Legendary Memories to the final boss, and the problem will disappear overnight. Blizzard has done this in the past when quitters were a problem, such as the dungeon quests in Warlords of Draenor suddenly requiring the final boss for credit. How they magically forgot this lesson is beyond me, so let’s make the change and pretend this lapse in memory never occurred.

Remove the shard/instance limitations within the Maw.

When Shadowlands launched every new zone had stricter instancing in place, essentially requiring players who were not already in the same instance as one another to fly to Oribos and back to phase into the same shard. Needless to say many groups opted to disband rather than waste five or more minutes traveling full circle.

It only took a few days for Blizzard to roll this change back in every zone but the Maw. Here’s the problem: the Maw encourages partying up with others more than any other zone. Perdition Hold alone is packed wall to wall with elite enemies that’ll absolutely wreck solo players, and a healthy portion of the Maw’s weeklies are set within its deadly walls.

That’s just Perdition Hold: the Maw is dense with mobs, and one wrong pull can lead to a swift death (and the loss of hours or even days worth of hard-earned Stygia). In short, it helps to have a team. I’m sure there’s some technical issue blocking Blizzard from rolling the shard/instance limitations back in the Maw, but for the love of the Arbiter, they need to figure this one out as soon as possible.

Increase experience earned from Bonus Objectives in the Threads of Fate.

The Threads of Fate is an stellar idea bogged down by lengthy Bonus Objectives that grant a pittance of experience compared to the time invested. As cool as it may sound to skip Shadowlands’ campaign on an alt and get straight to Anima farming, the Threads of Fate is currently a much slower leveling path than repeating the story, and those damned Bonus Objectives are to blame.

Right now they reward too little experience for the time required to complete them. Due to this imbalance players are instead skipping over the Threads of Fate and repeating the story until level 60, then enabling it to skip whatever campaign quests they had left. That tactic kind of defeats the whole point of having an alternate leveling path.

Threads of Fate needs a handful of adjustments, but if Blizzard were to at least increase the experience earned from Bonus Objectives to match the time invested it’d be a more compelling option for leveling alts. The Bonus Objectives would remain grindy, but the increase in experience would inject some life into the Threads of Fate until Blizzard is able to make larger adjustments. There’s only so many times I can endure the narrative while catching my alts up. 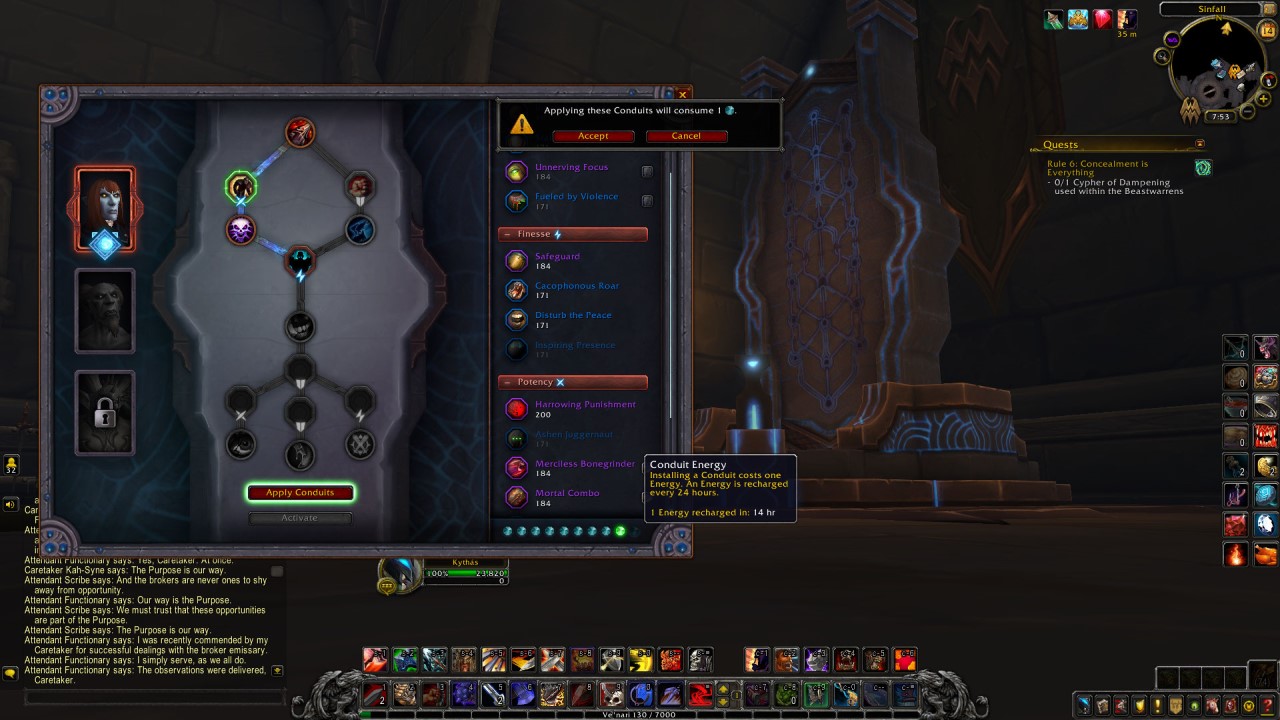 Allow Conduits in Shadowlands to be swapped for free at the Forge of Bonds.

Of the five changes I’ve suggested this is perhaps the most impactful. Your choice of Covenant is already a big enough deal, and it may not even be optimal for all of your class’s specializations. I can live with that though, to include the two weeks it takes to return to a Covenant I left. But the cooldown attached to swapping out Conduits in our Soulbinds? That’s a hair unfair.

Much as I love Covenants and how they’ve stoked some friendly faction banter among the community, they’re not exactly friendly to players who enjoy playing multiple specializations. You can technically change Covenants at any time, but you need to clear a pair of quests over two weeks to return to any you’ve previously been a member of. Again, I don’t mind this, but it means you’ll have to make peace with how well your off-specs align with your chosen Covenant.

That would be easier to do if swapping Conduits around within your Soulbinds didn’t have a cumbersome cooldown attached. Installing a Conduit, whether for the first time or to replace an existing one, costs energy, and you only have ten to spend. One energy is recharged every 24-hours. That means it can take nearly two weeks to replenish all your energy if you constantly alter your Conduits to better align with an off-spec.

This is what I propose: make Conduit swapping free at the Forge of Bonds, and allow people to swap Conduits in the field at the cost of energy. Soulbinds are glorified talent trees, so I don’t see why they shouldn’t be treated like traditional talents. We should be free to change them in our Sanctum, allowing players shifting to an off-spec for whatever reason the freedom to do so without being penalized.

This would enable players to more comfortable play their off-specs. Choosing your Covenant is hard enough; the current cooldown on Conduit swapping is too restrictive and punishes those who don’t want to roll duplicate classes. Shadowlands has atoned for many of World of Warcraft’s recent sins, but it remains off-spec unfriendly. This one change would go a long way towards pushing the needle in the opposite direction, making Shadowlands an ever greater expansion than it already is.