The latest news in the world of video games at Attack of the Fanboy
September 7th, 2017 by William Schwartz 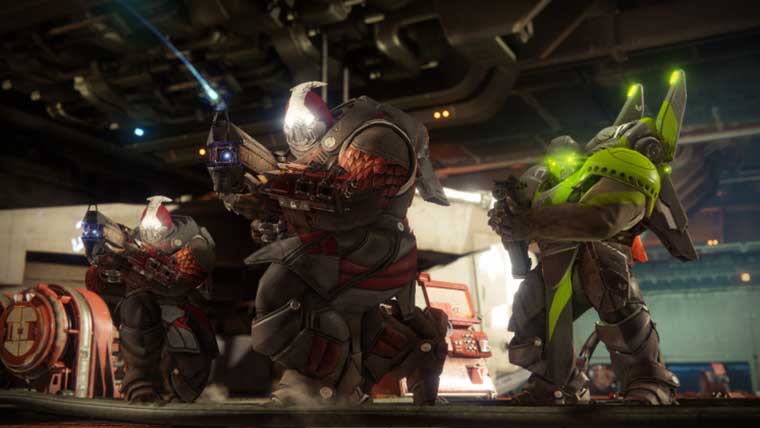 The first Nightfall Strike in Destiny 2 is the toughest challenge that the game throws at you once you start progressing in the end game.  Beating it will give you an Exotic Engram from Zavala which can ultimately start allowing you to increase your power level to get ready for the game’s first Raid.

Arms Dealer is the Nightfall Strike and it’s got some interesting modifiers that you’ll need to be mindful of if you want to progress and beat it.  First and foremost, your power level will need to be at at least 230 to even attempt the Nightfall Strike.  240 is the recommended level, but at the bare minimum it’s still pretty hard to complete.  We recommend trying to push into the mid 40’s or 50’s as you’ll not only need to deal with harder enemies, but there’s also a timer on the event that starts ticking down from 10 minutes once you start.

The good news is, each enemy that you beat can add time to that countdown.  With more difficult enemies adding more time, fodder enemies adding about two seconds.  There’s also a damage modifier that constantly changes between Arc, Void, and Solar.

The modifier for this week’s strike is Prism.  This means that one elemental attack will do more damage than the others in a rotation.  If you don’t have weapons from every energy type, use weapon mods to change the damage type of your weapon and use that weapon when it’s most advantageous as it will do more damage.  You’ll see prompts on the screen like “Void Energy Surrounds You.”  This is your cue to use that type of weapon as you’ll mow through enemies much quicker.  With the new weapon mod system you can change these pretty quickly before starting the Strike and they’ll save you a lot of time in trying to grind and find specific weapons with those properties.

Sneak on to the ship and bypass long fight

There are a handful of spots in the Strike that can be bypassed simply by running around them.  One instance is when you are boarding the Cabal Ship.  When you come to this area you simply run left towards the rocky terrain on the left of the screen.  Some well timed jumps can have you landing in a spot where enemies cannot hit you and you’ll save a bunch of time.

Use Sparrow in long running section

In some of the long hallways where you’re running towards an objective, you can call for your Sparrow to shave seconds off your time.  If you can use the Sparrow, use it,  it’ll save you time.

How to Beat Bracus Zahn

The end boss is a multi-staged event.  Don’t waste too much energy or ammunition fighting him in the initial stage (Prior to getting on the elevator).

Boss Fight:  This Nightfall boss can be pretty tough to beat without really concentrating on using the right type of energy weapons when appropriate.  For the entirety of this fight you’ll want to use the proper energy weapons or special abilities to shred through the boss.   Bungie is pretty stingy with the power ammunition so try and save a Special Ability and Power Ammo for this fight.  If not, you simply will not have enough time to beat him as this powerful Cabal leader will spawn many minions to defend him that can overwhelm you in this race against the clock.  If you can get to this final fight by around the 5 minute mark and have enough power ammunition and specials you should be able to take him down pretty quickly.