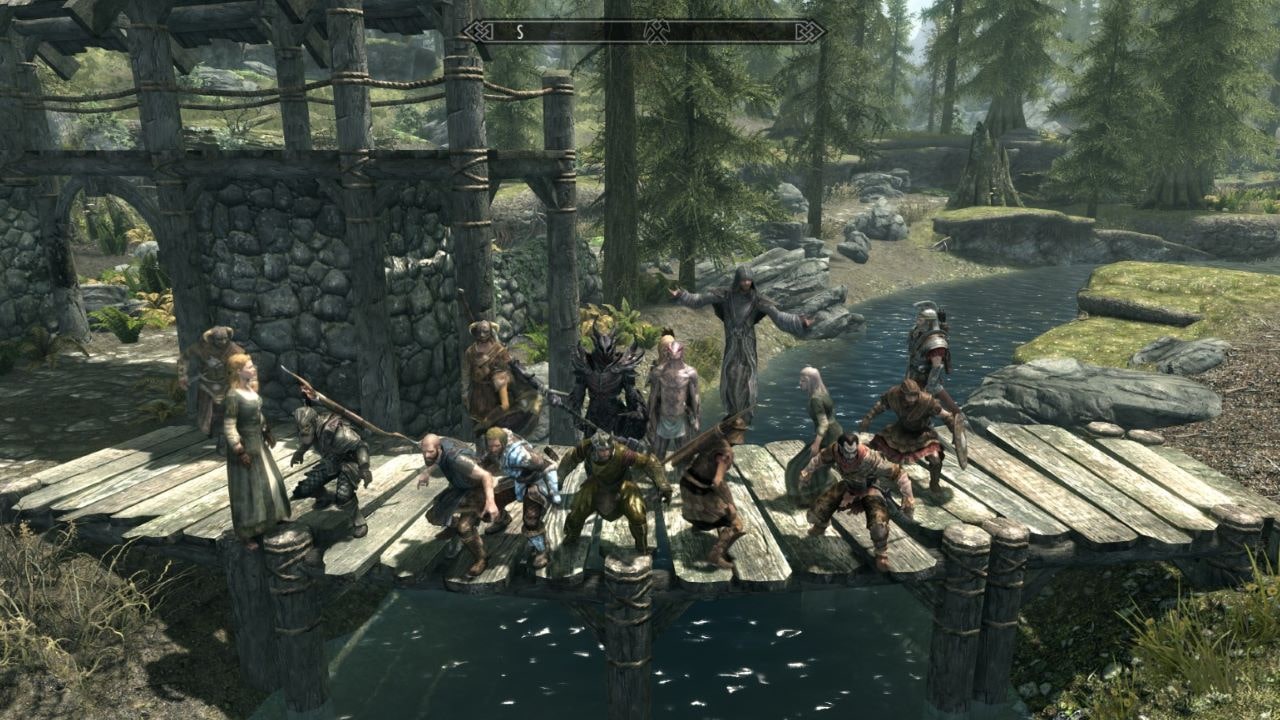 The Elder Scrolls V: Skyrim holds a prominent place in the hearts of many people around the world, myself being one of them. When I heard about the release of the Skyrim Together Reborn mod I was thrilled that players would get the opportunity to play Skyrim together with others and not have to venture through the bucolic and beautiful world by themselves any longer. This will be a new age for the experience, and it’s all thanks to a mod that fans have worked tirelessly on to create for others to enjoy. Skyrim Together Reborn is now here.

The inclusion of multiplayer through a mod for a mainline Elder Scrolls game is a massive deal and indeed an equally excellent accomplishment for the mod creators. There was a mod for The Elder Scrolls IV: Oblivion that was for multiplayer, although, the Skyrim multiplayer mode has a much bigger scope. The Oblivion mod was more for co-op, and this new Skyrim mod focuses on mainly allowing up to eight players. It has been tested by the developers of the mod with 30+ players, however.

Notably, the Skyrim Together Reborn mod is now released and you will be able to download and install it from Nexus Mods. As of the time of writing the mod has had over 41,000 downloads already which showcases the immense number of fans who are interested in playing the game with other people at the same time. Whether it’s simply to mess about or hunt some creatures together, you will be able to decide what you’d like to do with the people who you have joining you. The official Skyrim Together website further notes more about the mod itself.

Summer is here and now is the perfect time to jump back into Skyrim with this new mod and truly experience all of the great joys and thrills that it will offer you. If you can’t find anyone around you who wants to play through the mod with you then there will be likely a lot of people on public forums looking for other players to join up with so there will always be people to play through this mod with. The Skyrim legacy continues ever onwards with this latest mod which brings people together in the experience.