No Flash? No problem. 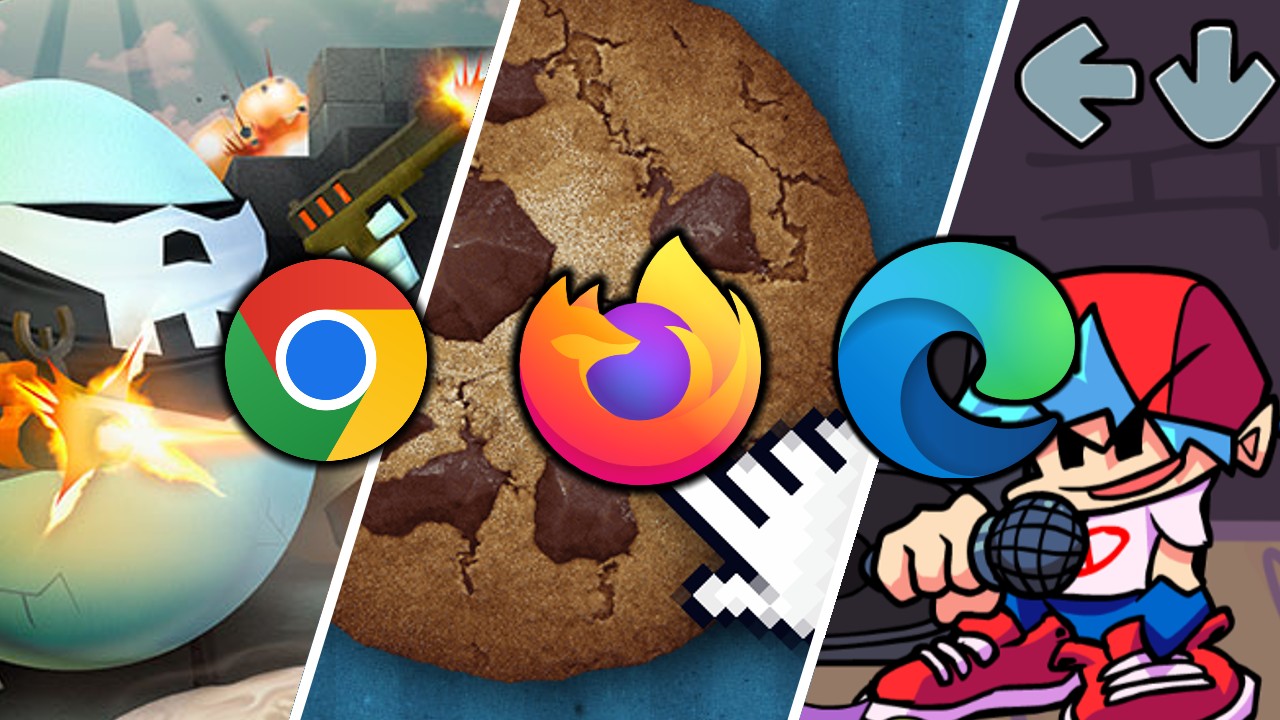 Browser games have been a staple of bored students and procrastinating office workers since the 1990s. They’re fun, simple, require no downloads, and just about any computer can run them without issue. Most well-known browser games utilized Adobe Flash, which sadly discontinued in 2021, making it tough to find high-quality browser games worth playing. Luckily for you, we’ve scoured the internet to find ten of the best browser games you can play for free right now.

The Best Browser Games You Can Play Today

All games found below can be played safely and for free on modern browsers, such as Google Chrome and Firefox. Many can also be played on mobile devices.

Shell Shockers is a first-person shooter in which everybody plays as a chicken egg with floating hands. Players can choose from various weapons, from the EggK-47 to an RPEGG, and even customize their egg with currency earned from playing. You can link a Facebook or Google account to save your progress and even link it to the game’s mobile version. Egg-cellent!

Cookie Clicker is a web game about making cookies. A lot of them. Clicking the oversized cookie on the left of the screen will create a cookie, which you can spend on “buildings” that automatically produce cookies. This evolves from a simple bakery with a handful of grandmas to utilizing pocket universes to produce cookies in numeral quantities you’ve never heard of. The game features several achievements and unique features that truly allow the game to stand out among the crowd.

Neopets is an online game in which players can look after virtual pets named, you guessed it, Neopets. The game has been running since 1999 and still retains a dedicated fanbase that plays daily. You can play various games to earn Neopoints, which you can use to purchase food and items for your pets. You can also train and battle them in the Neodome, dress them up, and explore the world of Neopia to discover new experiences, shops, and characters.

Friday Night Funkin’ is a rhythm game similar in style to Dance Dance Revolution. Instead of a dance mat, players use the arrow keys to funk along to hand-crafted beats and cartoon scenarios involving the antics of the blue-haired “Boyfriend,” his girlfriend, “Girlfriend,” and anyone that gets in the way of their relationship — be that anime boys, demon parents, or horrifying lemons.

Agar.io is a simple but enticing browser game. You play as a cell that moves with your mouse, consuming small circles in its “petri dish” environment. The aim is to grow as large as possible while consuming smaller players and escaping larger ones. Players can customize their cells with various designs and patterns and participate in quests to level up.

For the 30th anniversary of Pac-Man in 2010, Google turned its logo into a playable version of the iconic arcade game, which can still be played today. The Google Doodle is complete with authentic music, sounds, and its notorious addictive gameplay.

Everybody loves a match of Tetris. The classic and timeless game can be entirely played in your browser on Tetris’ official website. Good luck with getting that tune out of your head.

Town of Salem is a game based on the classic real-world game of Mafia or Werewolf. Players are secretly assigned a specific role belonging to one of two teams, Mafia or town, or a neutral role with a unique win condition. The town’s goal is to work out who is genuinely a “townie,” while the purpose of the Mafia is to wipe out the town while remaining unsuspicious.

At the beginning of each in-game day, all players can discuss what happened during the night, such as if someone visited them or if they suspect another player killed a neighbor. Players can then communally vote on whether or not to hang those they suspect at the end of the day. The game is fun and chaotic and will especially appeal to Among Us fans.

GeoGuessr places you in a random part of the world using Google Street View. Your goal is to work out where in the world you are by investigating your surroundings. Once you think you have an idea or are ready to take a shot in the dark, you can mark where you believe you’ve been placed on the map. GeoGuessr became extremely popular on YouTube in 2021 and continues to see a regular flow of fun content with challenges that watchers can participate in.

Celeste is an incredible indie game that we absolutely loved. But did you know Celeste began as a simple PICO-8 game developed in four days for a game jam? You can experience Celeste’s origins in Celeste Classic directly on your browser.

More on Attack of the Fanboy :
Browser games