13 Sentinels: Aegis Rim – How To Talk To The Cat In Iori Fuyusaka’s Story There are some very strange things that go on during 13 Sentinels: Aegis Rim and the black and white talking cat named Fluffy is not even the weirdest. This cat plays a part across multiple storylines in the game. While he talks to Yakushiji’s during her story in the game, he also appears at times as just a normal cat to others. Even though there can be some complex puzzles to advance with using your Thought Cloud and such, there aren’t that many spots in the game where you may get entirely lost. However, one such may be when you cannot figure out how to speak with the cat during Fuyusaka’s story when it’s at 14% and this guide will explain what you need to do.

How To Talk To The Cat In Fuyusaka’s Story

Following the initial prologue with the various characters, you get to choose who you play as for the ones you have unlocked. One of the first you can use is Iori Fuyusaka, whose prologue you will play through in the tutorials sections. Once you get to select her to play further, you will end up in one of the more confusing areas just because you may not be able to figure out what to do. To get past the other earlier part of this before the cat is involved, check out our other guide here.

Eventually, there will be a black and white cat found on the furthest right part of this area. When you start to approach him, Fuyusaka will say “Oh!,” but moving anymore will cause him to run away. To get him to come back, you will have to run around this fairly small area until he happens to come back.

The key here is that you have to do a few things first before you even get something that will let you interact with the cat. First of all, you need to do the interaction that will lead to you getting a choice between going for ice cream or crepes. I did ice cream first and then crepes, but maybe you only have to do crepes. With crepes being done second for me, this lead to a conversation where Fuyusaka’s friends mention that they have cat treats in their bag that they can use. 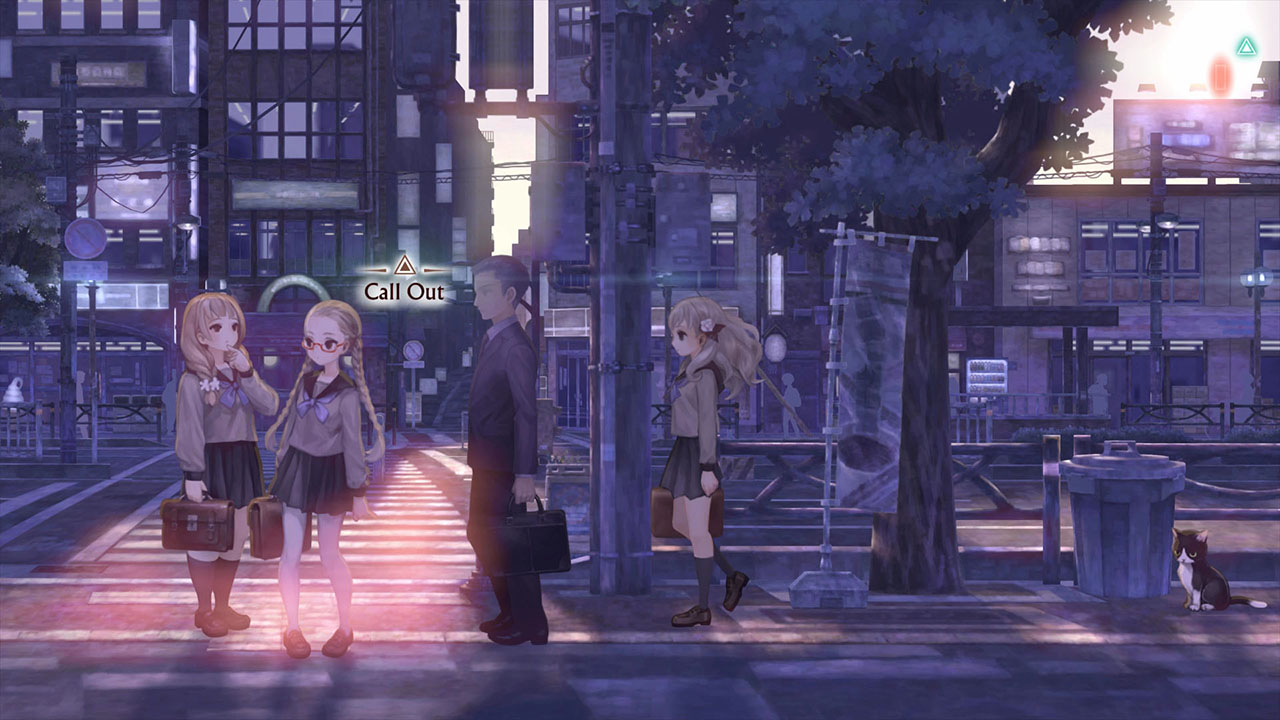 From this point, you want to walk over to the cat again to where Fuyusaka says “Oh!” and then go to the left until you see the ability to interact by pressing Triangle and then move the marker to select Cat Treats. This will then move to a little scene where Fuyusaka and her two friends feed the cat treats and it advances the game for you. 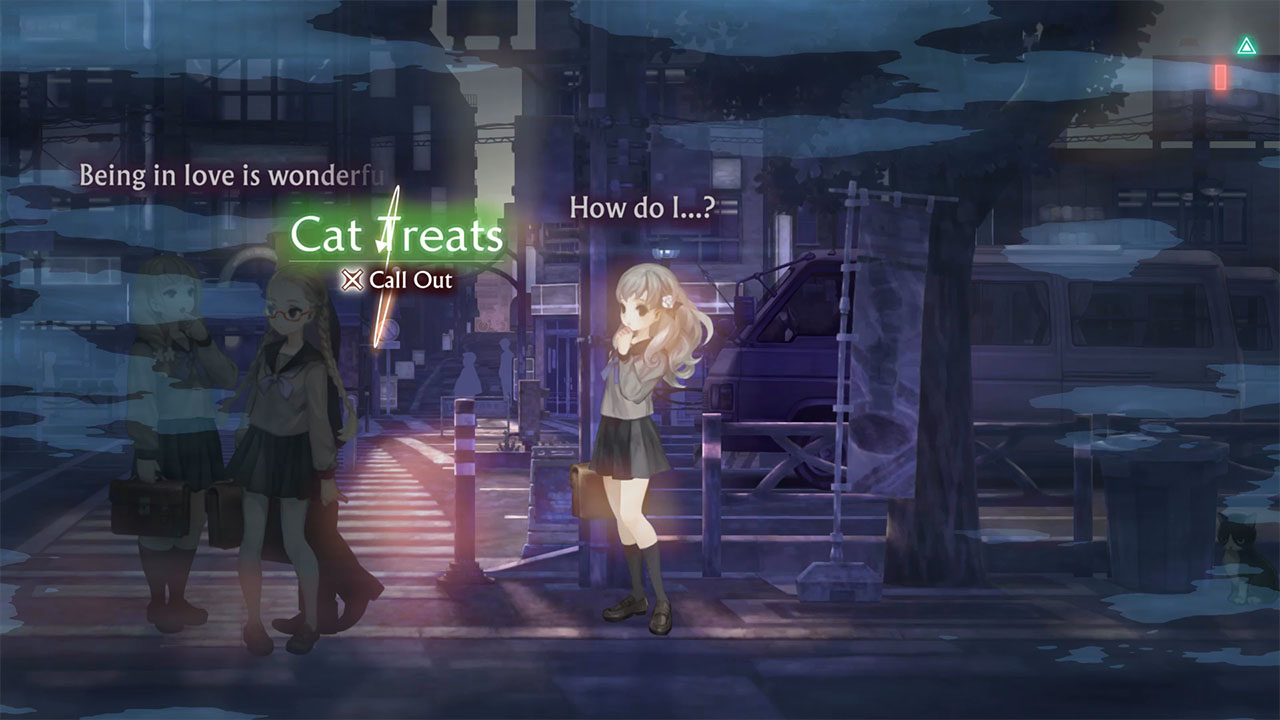 Home / Game Guides / 13 Sentinels: Aegis Rim – How To Talk To The Cat In Iori Fuyusaka’s Story