Even the toughest Evergaol bosses are not immune to the cheese. 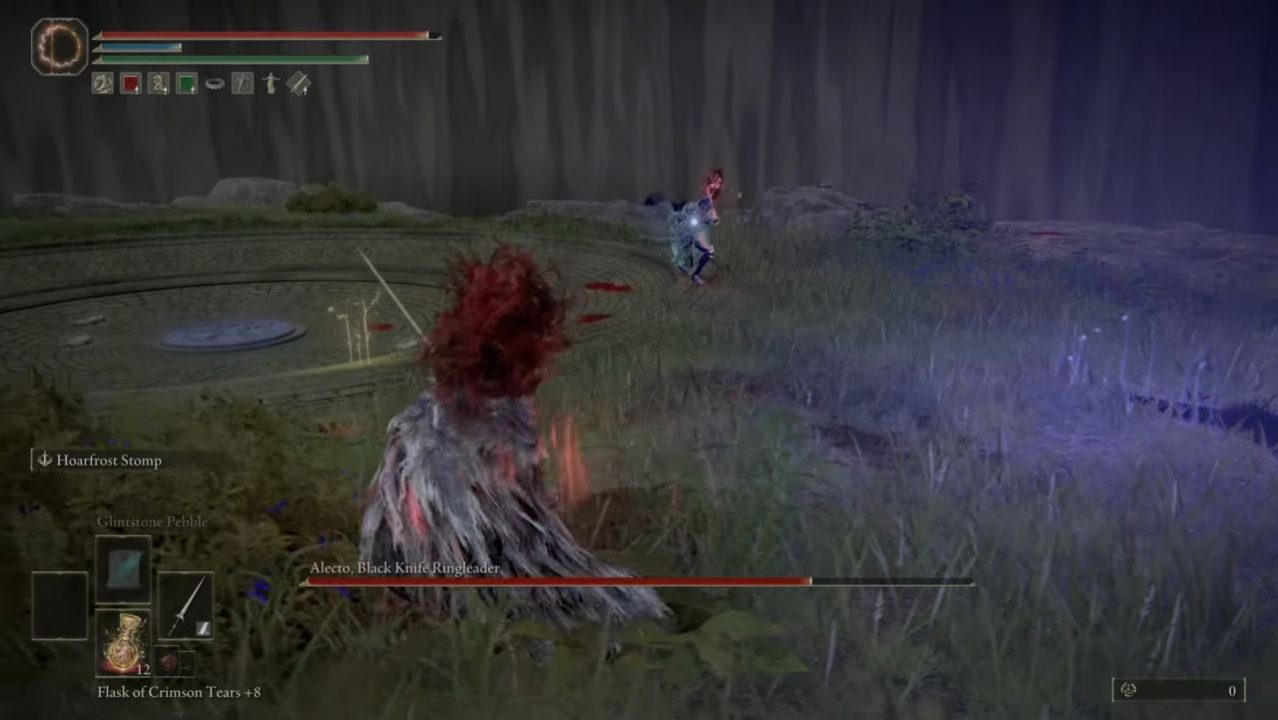 Alecto, Black Knife Ringleader is perhaps one of the most difficult Evergaol bosses in Elden Ring. If you thought the Crucible Knight was a tough one, you’re in for a world of hurt. Luckily, with most bosses in this game, she does have a weakness that can be exploited. So here, we’ll go over some cheese methods in taking down Alecto, Black Knife Ringleader in Elden Ring.

How to Cheese Alecto, Black Knife Ringleader in Elden Ring

You should know a few things before going into this boss fight. First, you can’t bring in an NPC to this fight like you could when cheesing Margit or Radahn. You also can’t summon your Spirit Ashes; it’s a one-on-one fight. Despite not being able to have any summons, she can still be cheesed to some extent.

Alecto fights similarly to Bloodhound Knight Darriwil in the sense that she’s very agile and can proc devastating status effects. You have to respect this boss’ space or you can easily be overwhelmed. This is also where her weakness is. Since she’s fast, her downside is that she can be staggered.

With that in mind, you want to ideally use a heavy weapon or a type of weapon that guarantees staggers. This is mostly a method to stop this boss mid-animation from performing moves that would otherwise one-shot you. The thing is, Alecto has certain moves that she can’t be interrupted in after a certain time has passed in the animations. If you see her preparing to perform some kind of jump attack, run away. The normal jump slam attack can stagger you, allowing for a follow-up. The other variant is a blood flame AoE attack that causes a massive life drain. It’s worse than Scarlet Rot and Poison combined.

To ensure that you can stagger Alecto, your best bet on top of using heavy weapons is to perform a jumping heavy attack. This brings her closer to having her Poise broken, allowing for a free backstab or visceral attack. The last thing to note here is, blood loss does not affect Alecto. She’s not resistant to anything, but she can’t get inflicted with anything that can lower her health over time.