All Collectibles’ Locations in Life is Strange 2 – Episode 1

Some of these collectibles are easily missed. 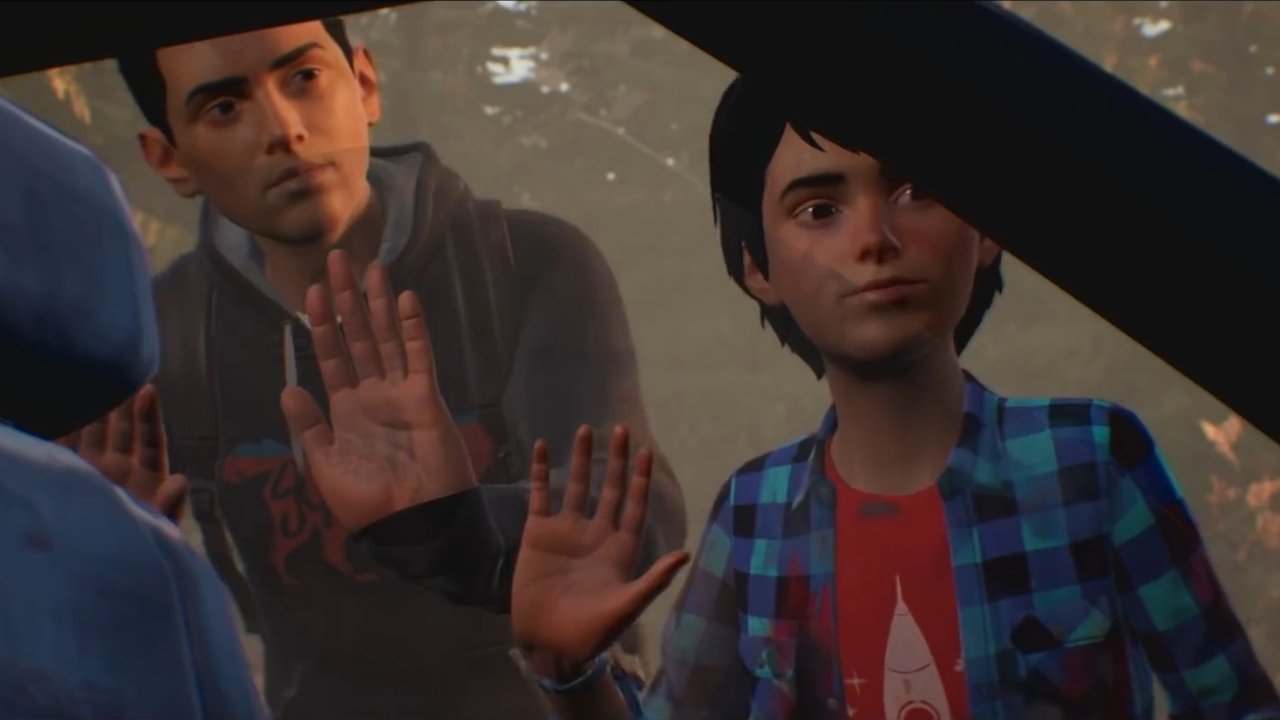 In the first Life is Strange, players could go out of their way to find certain things to take pictures of, which acted as the game’s side content, fulfilling achievement and trophy obligations. Life is Strange: Before the Storm replaced photos with graffiti, and now Life is Strange 2 replaces graffiti with the inclusion of various collectibles. Each episode of the game includes six optional collectibles to find, which take the form of patches and keychains that you can add to Sean’s backpack. Some of these collectibles are tricky to find if you’re not actively looking for them, so here’s a guide to help you hunt them down.

First of all, this game, just like in previous Life is Strange games, contains a Collectible Mode that lets players jump back into a scene of their choice to search for collectibles they may have missed with choices they make not counting, so they don’t have to worry about altering their main playthrough. Due to this, I would recommend playing through the episode completely blind first to avoid spoilers and to get your own personal experience with it. Once you have finished the episode and return to the main menu, go down to “Play Episode,” rather than continuing or starting a new game. This will take you to a list of episodes, but as of now, the first episode, “Roads,” is the only one available, so select it. Move your cursor to the scene you wish to start from (the total number of collectibles available in each scene, as well as how many of those collectibles you’ve already found, is displayed below each scene) and press the button that corresponds with “Play in Collectible Mode,” making sure to NOT accidentally press the button that corresponds with “Play in Standard Mode,” as that will erase your progress and start you over from the point in the story you are currently selecting. This guide will be broken down by scenes.

This is the opening scene of the game, in which Sean collects supplies for the party he plans to go to. There are no collectibles in this scene, so feel free to skip it (or just play through at your own pace if this is your first playthrough).

After the tragic incident at the beginning of the game, Sean and Daniel are left on their own and are traveling through the woods. There is only one collectible in this section of the game.

Continue down the path in this area normally until you come to the point where Sean and Daniel reach their makeshift campsite near the river. After you’ve collected logs for the fire, Daniel will start going around and interacting with the environment in various ways. While or after he’s doing this, go to the point near the river that is the furthest from your campsite. There, you should see a bra hanging on a stick that’s sticking out of the ground. From here, there’s a tree covered in brown and orange leaves to the left. You’ll have to look up at it to notice an “Odd Thing.” Look at it first, then you’ll have the option to lift Daniel up to “Take” it for you. This is the first collectible in Life is Strange 2.

After a night in the woods, Sean and Daniel come across a gas station and stop to find some food. There are three collectibles in this area.

The first is a wooden bear keychain. To get this one, walk into the Mini Mart’s front door. Next to the cash register, there is a display of keychains. Upon getting close enough to them, you’ll have the option to “Look” at them or “Show” them to Daniel. Show them to Daniel. Daniel will go on for a little bit about how awesome he thinks they are before the cashier offers one to him for free. There you go, you got the collectible.

The last collectible in this area is located behind the gas station Mini Mart. Walk behind it and you’ll find a bunch of logs of wood. There is a jack-o-lantern bucket on top of one of the logs; walk up to it. As you get closer to the jack-o-lantern bucket, you’ll notice that you’re given the option to interact with a box on the ground that’s hidden behind a log. “Move” the box. A bird will fly out and leave behind a feather. Pick up the feather, and you’ll have received the third and final collectible in this area.

This is a cinematic scene with no hub to explore. Therefore, there are no collectibles to be found here.

Jewel of the Pacific Coast

There are no collectibles in this scene either. Moving right along…

Brody takes Sean and Daniel to a motel where he leaves them. Before entering your room, there is one collectible to be found.

As the scene opens, Daniel will be playing with his new puppy. There is a stick in front of where Sean is sitting, giving the player the ability to throw the stick, playing fetch with the puppy. To get the collectible, you have to throw the stick in a specific place, which will cause the puppy to bring back the stick with the collectible attached to it. When aiming where you’re going to throw the stick, bring the cursor as close to Sean as it will let you. Then, aim toward the path of sand that is separating the two large patches of grass, aiming a little bit more to the patch of grass on the left. The stick will bounce into this leftmost patch of grass and, if done correctly, will result in the puppy bringing you the collectible.

After Brody drives away, Sean and Daniel are left alone at the motel. There isn’t a whole lot to do outside the motel, so you can go ahead and head upstairs to your room. Once you’re able to explore the inside of your room, check out the closet next to the TV. As you’re looking inside the closet, you’ll see a card to the right that you can only “Look” at. Look at it, and once you’ve finished, you’ll be given the option to pick it up. Pick it up, and you’ll have collected the last collectible in the first episode of Life is Strange 2.

You should have all of the episode’s collectibles by this point. There’s no need to play this scene in Collectible Mode.