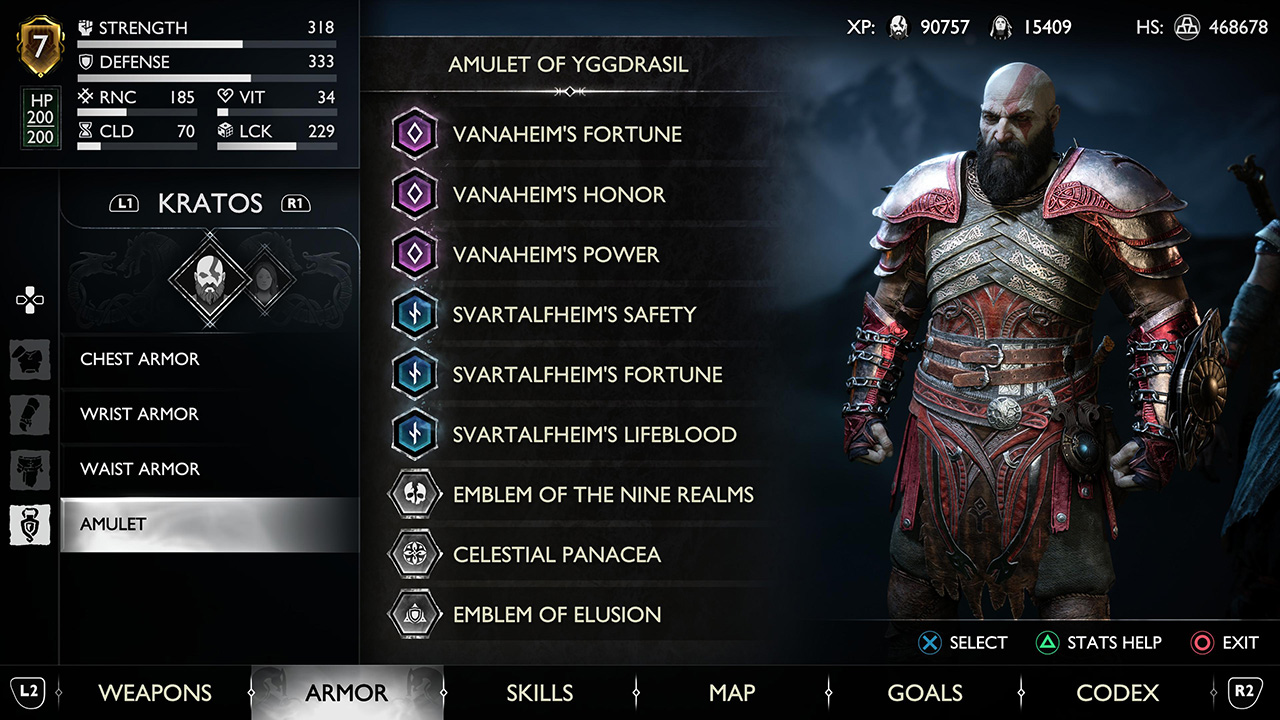 Players can find a total of 7 Jewels of Yggdrasil in God of War Ragnarok, with two being available as part of the main storyline, more specifically as automatic/unmissable rewards during both the game’s The Word of Fate and Forging Destiny main questlines, and five that can be unlocked by exploring and completing Favors all across the Nine Realms.

With that said, you can check out the location of all the missable Jewels of Yggdrasil, as well as how to get each of them below:

Where to Find All the Jewels of Yggdrasil in Midgar

Apart from one which can be found as part of the already mentioned main questline. You will be able to find the second Midgar Jewel of Yggdrasil by heading to The Oarsmen. The Treasure Chest can be accessed by unlocking the passage to the other staircase.

Where to Find All the Jewels of Yggdrasil in Vanaheim

The first Vanaheim Jewel of Yggdrasil can be found by heading to Nóatun’s Garden. More specifically, you will be able to get the Jewel by opening a Golden chest located in a locked room by the area’s southmost Boat Dock. In order to unlock the room, all you need to do is head to the wooden bridge located by the side and then use Sigil Arrows to burn the vines. Once you do that, just use the Axe to destroy the contraption and unlock the entrance.

The second Vanaheim chest, on the other hand, can be found by heading to The Jungle region, but you will only be able to access the Jewel after completing the Return of the River Favor. Once you do that, you will be able to open your path to the item by, in the daylight, following the Drake Tracks until you reach the area where you will trigger the Path of Destruction Favor.

Once there, just head down the well and then use the Leviathan Axe to open a path below in order to reach the Treasure Chest featuring the Jewel of Yggdrasil.

Where to Find All the Missable Jewel of Yggdrasil in Alfheim

The Jewel of Yggdrasil featured in Alfheim can be found by heading to The Elven Sanctum, located in the westmost part of the Forbidden Sands region. Once inside the Sanctum, you will be able to reach the chest holding the item by going to the second floor.

Where to Find the Missable Jewel of Yggdrasil in Svartalfheim

Svartalfheim’s missable Jewel of Yggdrasil will be either located on Alberich Island or on Alberich Hollow, depending on where you meet the Ghost looking for the whereabouts of his son, and will be available as part of The Lost Treasure Favor. More specifically, you will be able to find the Jewel by opening the Treasure the Ghost’s son was searching for.

You can currently play God of War Ragnarok exclusively on both PlayStation 5 and PlayStation 4.