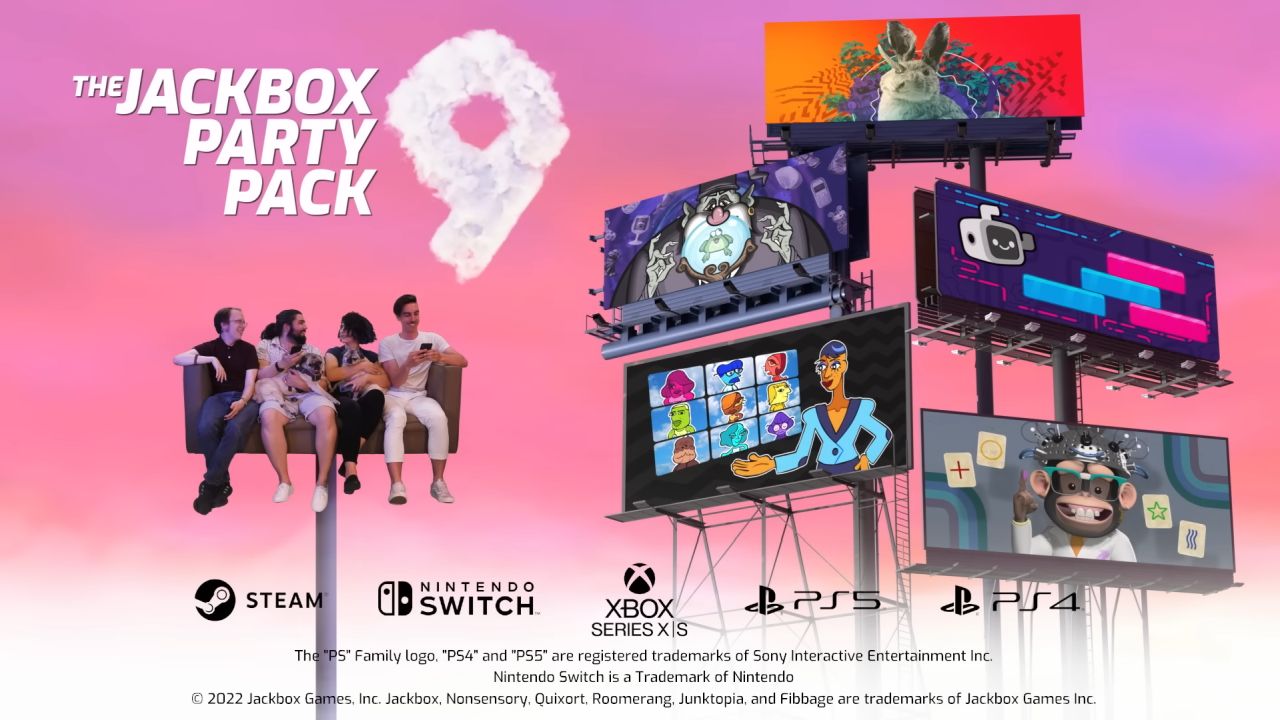 The party will still rage on! We got good news for all the witty Jackbox players out there waiting to snag the crowd points and much more. Not only did we get a release date, but we also know the games coming in this pack. These are all the new games coming in Jackbox Party Pack 9.

All the New Games Coming to The Jackbox Party Pack 9

Five games are coming to Jackbox 9. Some are continuations of popular series in the game’s franchise, so expect some familiar names with a mix of new ones.

The fourth game of the Fibbage series continues! This is a trivia-based game where a fact will be given, but the main part of it will be blanked out. Players have to fill in that blank with something believable. By being able to weed out the truth and also make people fall for your lies, you score more points with those two in mind. The player with the most points at the end wins.

This game can have anywhere between 3 to 8 players, with safe-for-work moderation settings and more. It’s also safe to stream on sites like Twitch or YouTube.

This game will give you a general prompt where you have to properly place and rank each answer it gives you in the right order. The example above showed things sorting sitcom series finale dates or ranking peppers from the least to most Scoville units.

A sorting game that can even be played cooperatively brings a whole new level to the Jackbox series. The UI will also appear on your phone to consider any sort of stream lag.

This game will present you with a random item. Give it a name, a back story, and something to remember it by. The funnier or more liked by the audience, the better. It’s all in good fun, but of course, getting the most votes will win you the game!

You need a minimum of 3 players to play, and upwards to 8 max. Audiences can go beyond.

The premier drawing game of the bunch. Nonsensory will test how accurately you can recreate the prompt given to you. Every player will have their own prompts, with a voting period in the end. The person to get the most votes that properly suits the prompts wins!

The reality-TV-inspired game revolves around elimination. In Roomerang, you and your “roommates” will participate by answering a set of prompts. Whoever gets the most votes will win, and some will be eliminated as mentioned earlier. Those who do face the boot are not out of the game, though.

Since this game can get a bit racy, there are means to clean up the content to make it safer for work and family-friendly.

Which games are you looking forward to playing with friends or family?

The Jackbox Party Pack 9 will be released on October 20, 2022, on PlayStation 4, PlayStation 5, Xbox One, Xbox Series X|S, Nintendo Switch, and PC.