Find out where all of the NPCs are hiding in Fortnite! As you venture into the world of Fortnite, you’ll find a lot of new changes if you haven’t played in a while. Daily challenges, weekly challenges, and even NPCs have been introduced to the game, with a war being waged between The Seven and the IO Forces. You’ll find yourself helping The Seven out a lot during these challenges, as you help them reclaim what rightfully belongs to them.

However, where can you come across The Seven, or even the dastardly IO Forces on the map? Follow along with us as we go through and show you where to find them, and what they do for you in our helpful guide! 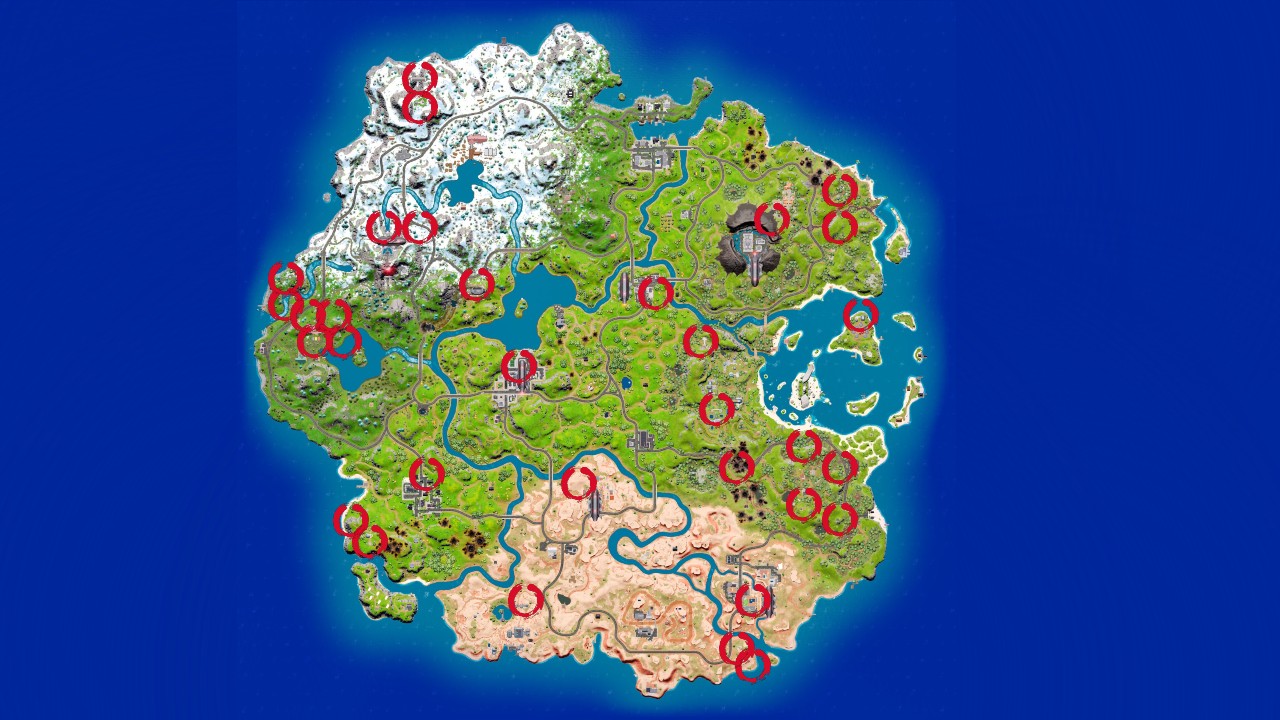 As you maneuver around the map, you’ll find a few different spots where you may be able to interact with NPC characters, who can help you out, hinder you, or may straight-up attack you. You’ll want to make sure to take a look and see below who you’ll come across, and which ones may harm you.

There are a total of 21 Non-Hostile NPCs that will be happy to help you out. Some of them, like certain characters at The Joneses, can be hired to help you out and provide cover fire, while most NPCs will give you extra items and healing consumables.

The 3 Hostile Characters, Doctor Slone, Gunnar, and Huntmaster Saber, will drop Mythic Weapons if they are defeated, so if you are feeling confident in your skills, you can take them on and claim an overpowered weapon to help you through the remainder of the match. Be careful, however, as they are vicious and will not take you lightly.