All Skill Trees for Every Character in Gotham Knights

How will you defend Gotham Knights? 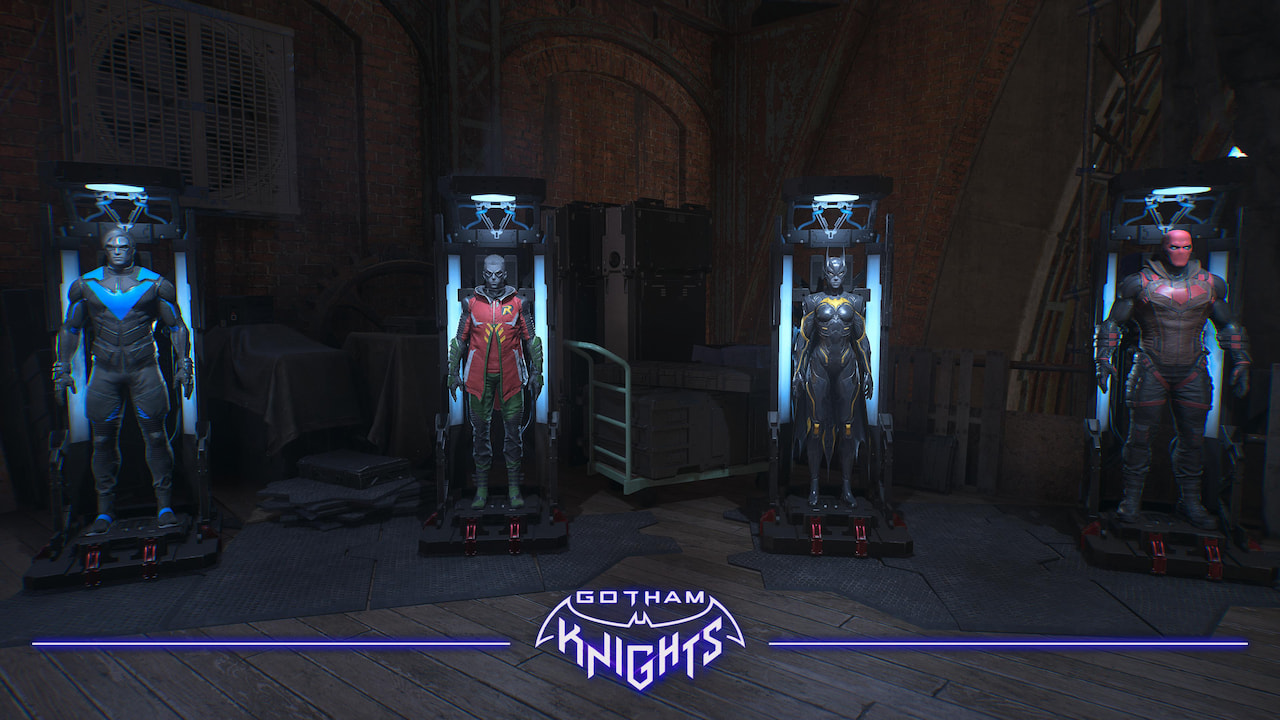 In Gotham Knights, players can choose from any of the four Bat Kids: Nightwing, Robin, Batgirl, and the Red Hood. Early in the game’s story you’ll also be able to switch characters every time you visit the Belfry, and it’s exciting to test out each hero during a night patrol. Every hero has their own unique skillsets and abilities, so check out the full skill trees in Gotham Knights to get a feel for your character’s build.

Every Hero’s Skill Tree and Builds in Gotham Knights

Every hero begins with three Skill Trees to build out in Gotham Knights. You will gain 1 AP for every level gained, and you’ll spend AP on new abilities. Eventually players will earn a fourth skill tree—the Knighthood Skill Tree—which requires completing 10 Premeditated Crimes per character. It’s a grind, but unlocking Knighthood includes perks that you won’t want to miss out on.

Even better, leveling transfers across every character in Gotham Knights. If you prioritize Batgirl for a large portion of the game, you will still be able to switch and build out Robin, Nightwing, and Red Hood on the fly. 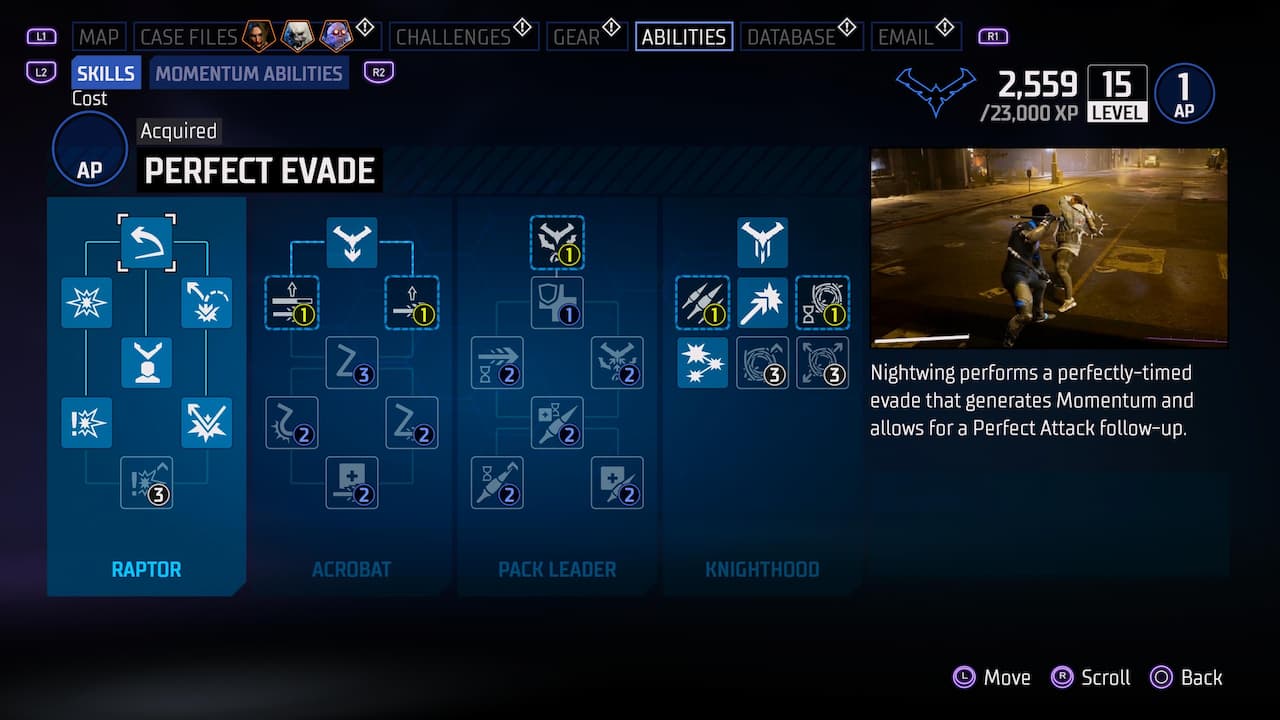 Playing as Nightwing is all about making use of his mobility and one of the best things about Nightwing is his ability to leap large distances toward criminals. On his own, Nightwing can evade swings easily, which is enhanced by the Evade Chain ability that knocks all enemies down when you nail Perfect Evades. As a team, however, Nightwing’s Family Ties ability boosts his overall defense while enhancing his team member’s strongest attributes. 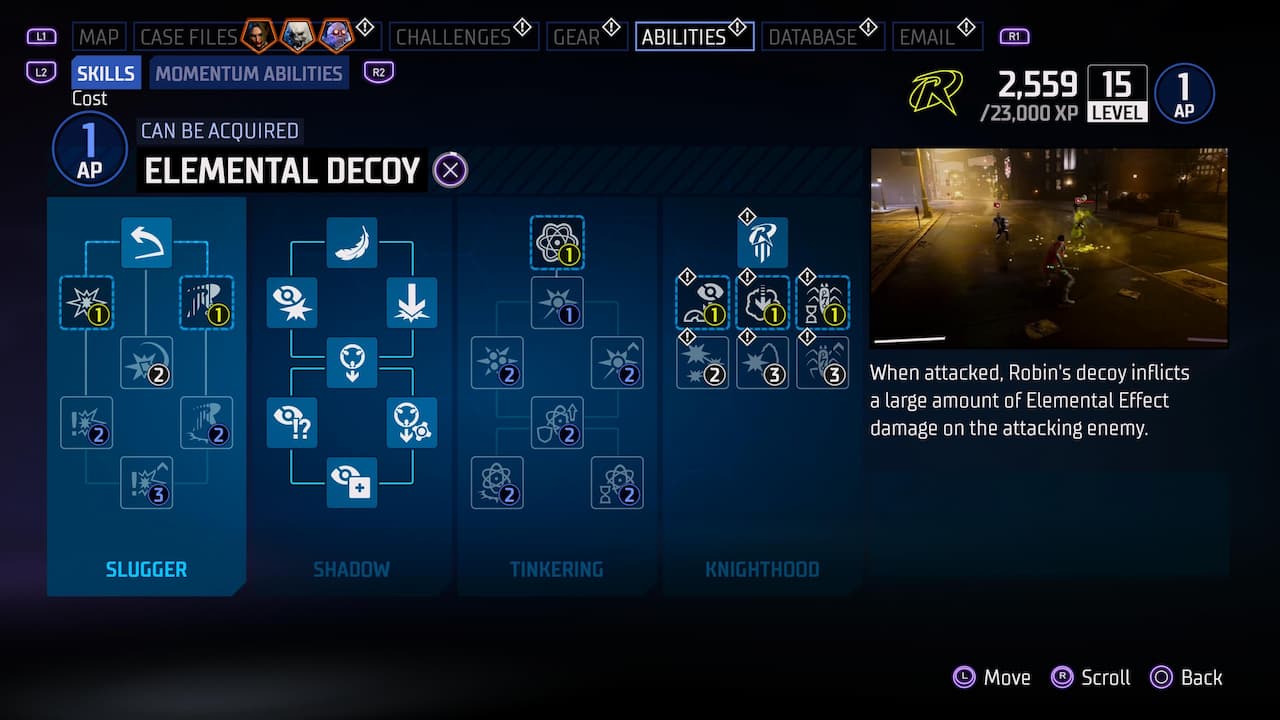 Robin’s kit is centered around stealth and speed. With his decoy ability, Robin can handle himself in a fight against many enemies. If you choose the stealth approach with Robin, then the Shadow Skill Tree should be prioritized. Two of the most helpful abilities—across all characters—appear in this skill tree. The Light Footed ability allows you to move around undetected better than any character, while the Turnabout Takedown ability allows you to perform a Silent or Ambush Takedown on large enemies. 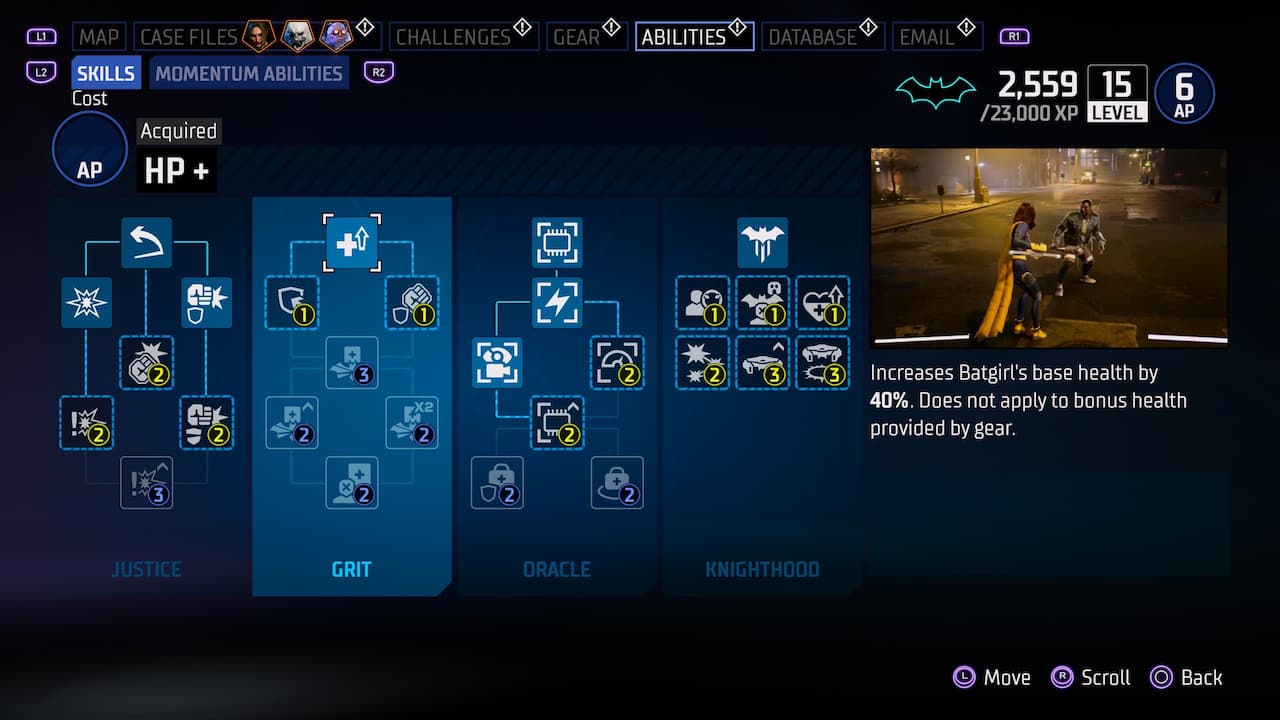 Batgirl perhaps has one of the most well-rounded kits out of all the heroes in Gotham Knights. With the Health Packs+ ability, Batgirl serves as the healer of the group and she can even revive herself with the Second Wind abilities. Batgirl can also handle herself just fine with many abilities suited against heavy enemies, like the Elite Beatdown perk. During missions, though, Batgirl’s skill trees absolutely own with stealth—her Remote Hacking abilities allow you to disable cameras and turrets, so you won’t need to sneak your way around the room toward the control panel. 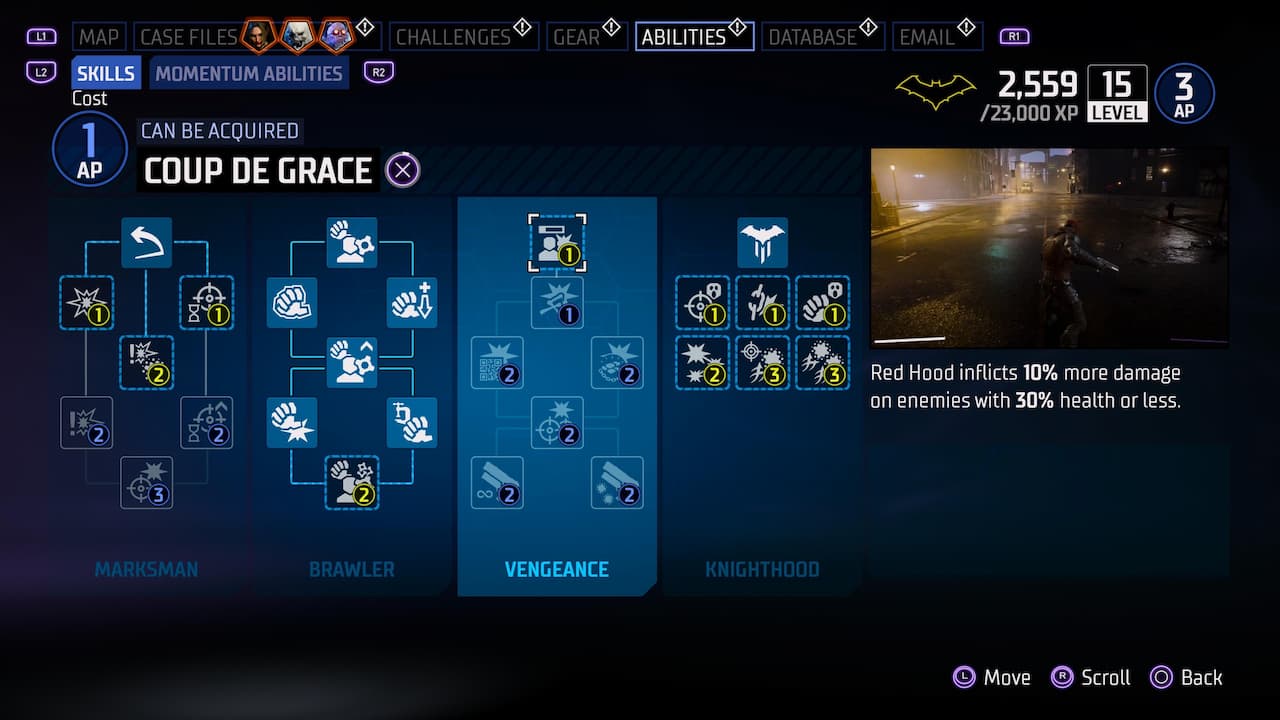 Red Hood’s skill trees make him the Tank of Gotham Knights. He can grab large enemies with the Large Grab ability and can grab enemies uninterrupted with the Iron Grip ability. In our experience, it’s practically useless to even use the grab mechanic on any other character since you’re always at risk of taking damage. Most of his abilities are centered around range. Although his pistols are no doubt deadly, we suggest prioritizing the Brawler skill tree if you’re playing single-player and want to focus on melee.