Animal Crossing: New Horizons – How To Do Island Transfer To Another Switch

What people have been waiting for. 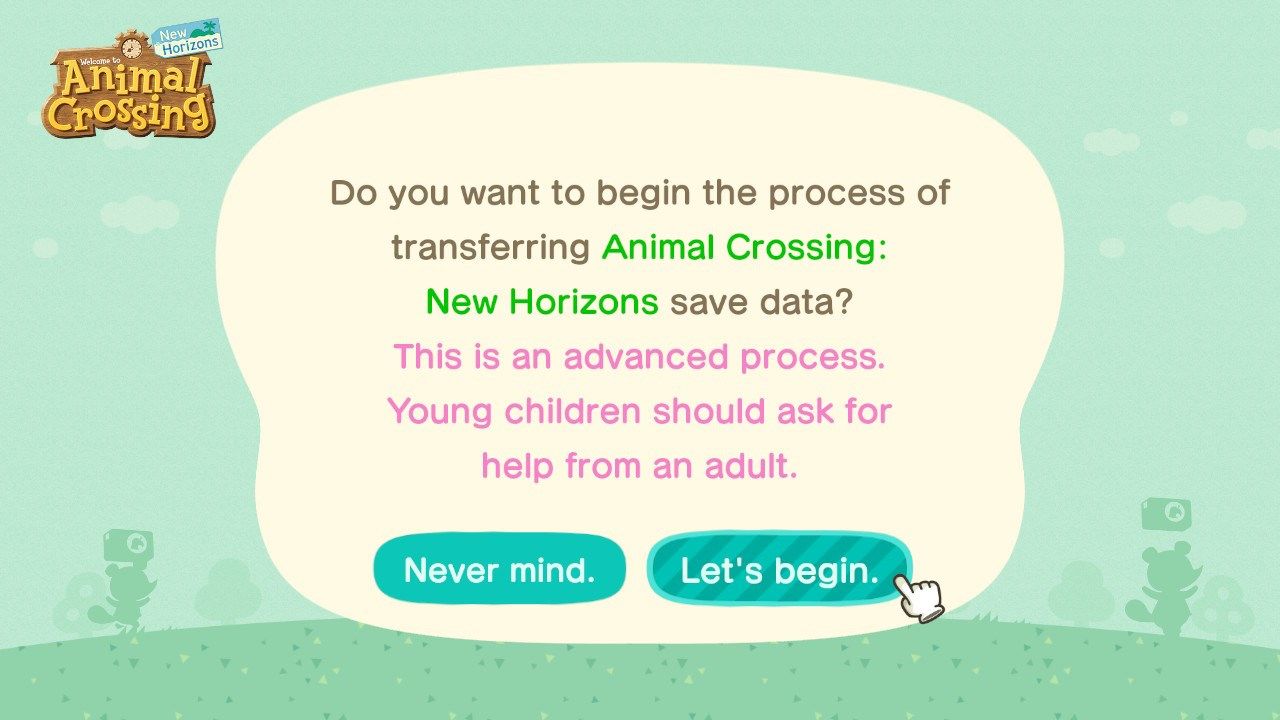 Ever since the release of Animal Crossing: New Horizons earlier this year, the one thing people have been asking for was a way to transfer their island to another system. While Nintendo has cloud saves for most of their games, Animal Crossing was one of the ones that could not use it with the way the game was setup. They had a solution come out awhile back to at least be a safeguard if someone lost their system by having their island backed up to the cloud, even if they couldn’t transfer it themselves. The good news is that finally Nintendo has come through and you can finally transfer your island in Animal Crossing: New Horizons to another Nintendo Switch.

How To Do Island Transfer To Another Switch

To start, you are going to need to have both the Nintendo Switch that currently houses your island and the one you want to transfer it to right in front of you. After that, go on both consoles and head to the Nintendo eShop and download the Animal Crossing: New Horizons Island Transfer Tool. This is a free download that is completely separate from the game itself.

There are two variations of this now, depending on if you are planning on keeping the original Nintendo Switch that housed your island or if you are getting rid of it. If you are transferring everything over, you can start off by transferring User Data from the settings area of the Switch itself. If you are planning on keeping both Switches and just want to move the one you have your island on, don’t worry about this.

Once the target system is detected on the system your island is on, select Transfer Data. Then on the other system wait for the source system to be detected and hit continue.

This is all you have to do to initiate the process and it will let you know once it is done. At this point, your island should be moved entirely to the new system, so open up Animal Crossing: New Horizons on the new system. It will ask you if you want to play with Existing Data, which you want to respond to by saying yes. This will load in your island and you’ll be ready to go. If you had other accounts from the other system, now just have them login and do the Existing Data option to load them back in as well.

Home / Game Guides / Animal Crossing: New Horizons – How To Do Island Transfer To Another Switch