Animal Crossing: New Horizons – How to get Festivale Items and the Festivale Float From Pavé 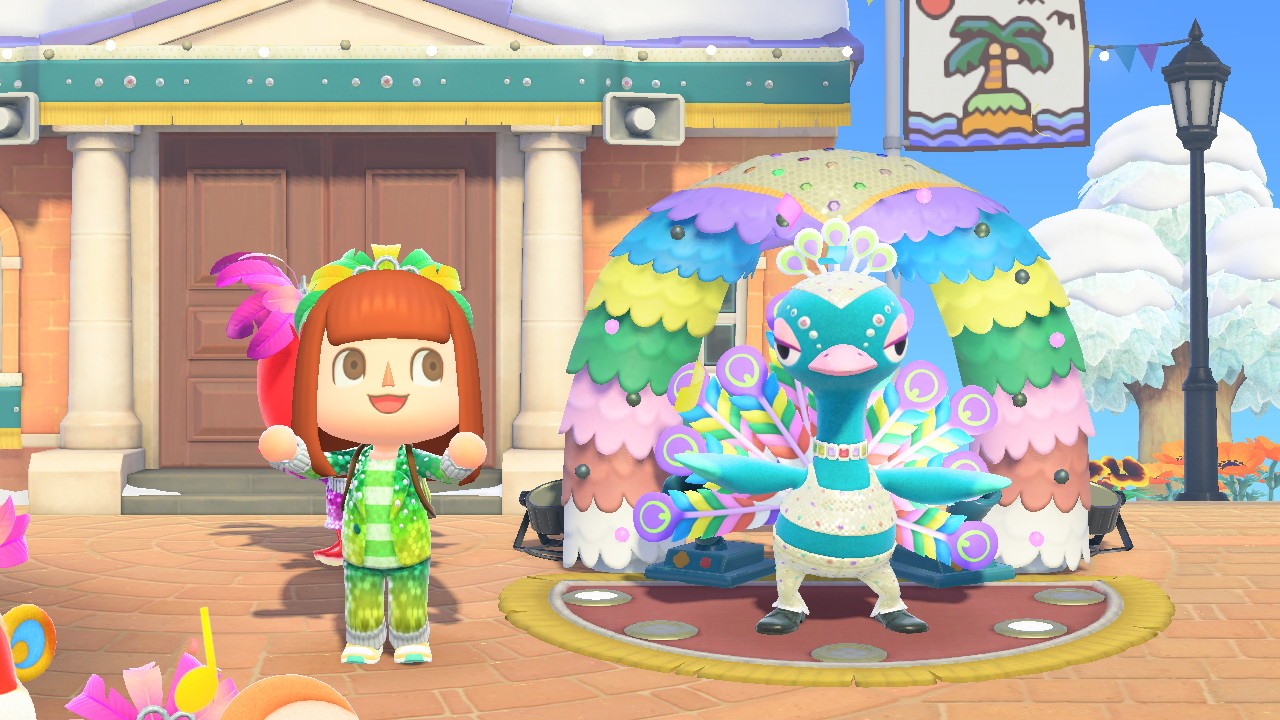 For many, preparations for Animal Crossing’s Festivale have been underway since items started popping up in the Nook’s Cranny and Able Sisters on February 1. Now the wait is over as the day-long Festivale kicks off with the arrival of Pavé the Peacock. Your Island will be full of music, dancing and confetti as your residents make their way over to the plaza to celebrate in style.

How to get Festivale Items from Pavé

If you weren’t collecting Festivale furniture during the days leading up to the Festivale, you don’t have to worry – Pavé has you covered. The first thing you’re going to want to do is speak to him. He’s something of a feather collector and will inform you that he’s willing to trade items for the feathers that are now floating about your Island in red, green, blue and purple and rainbow. 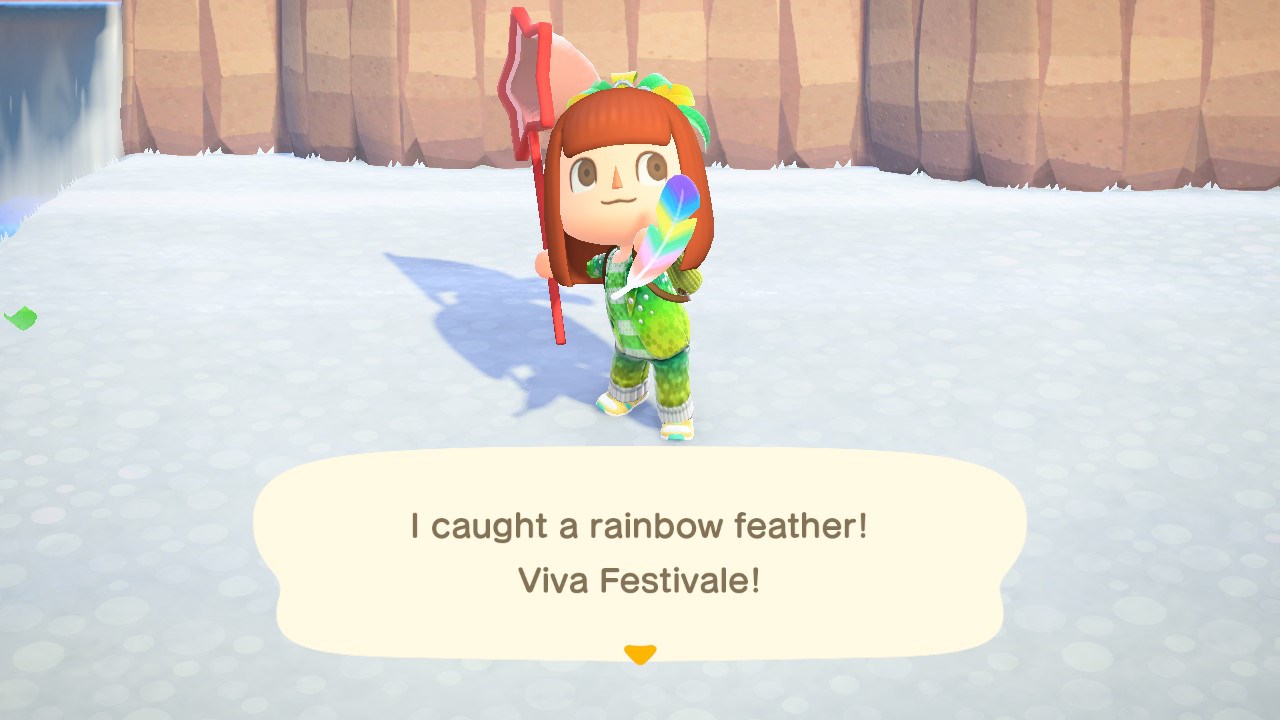 The rainbow feathers are rarer than the others. These feathers can be caught using a net or swapped with other residents and once you have three of the same colour, you can give them to Pavé in return for a random piece of Festivale furniture of the corresponding colour. This means you can now get furniture of all colours whereas you were only able to get your designated Island colour before. 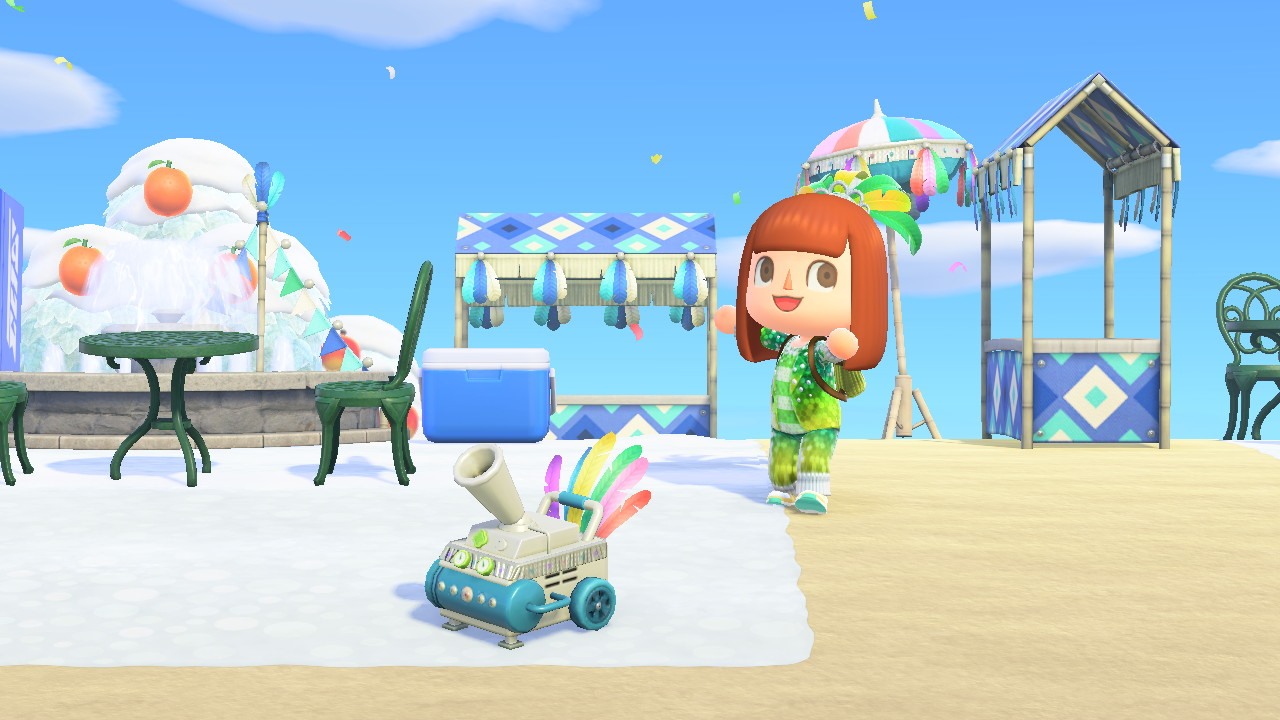 How to get rainbow feathers

Like the other feathers, rainbow feathers can be caught in a net but as I mentioned before, they appear much less frequently.

Luckily you don’t have to spend all day searching for them though. You can also craft them. After explaining the feather situation, Pavé will give you a recipe card for rainbow feathers so you can easily get your hands on plenty of them. 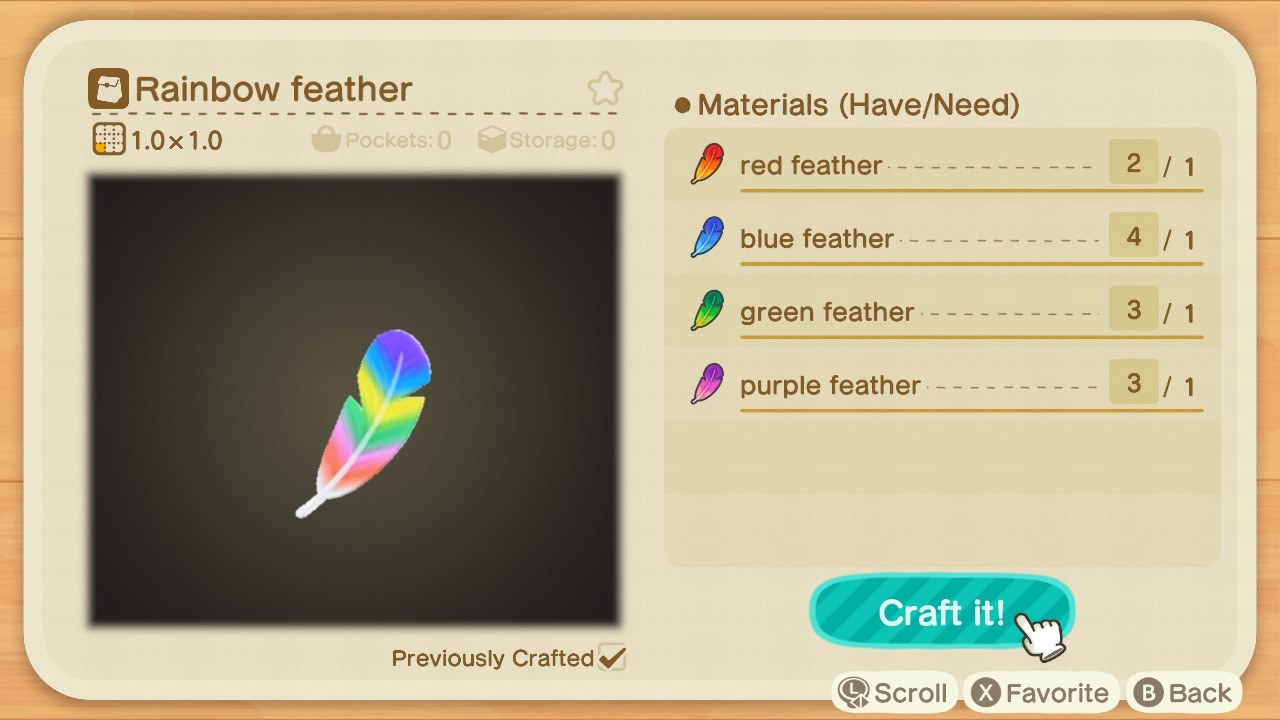 As you can see to craft a rainbow feather, you just need one of each colour feather and luckily these can be found in abundance.

How to get the Festivale  Float 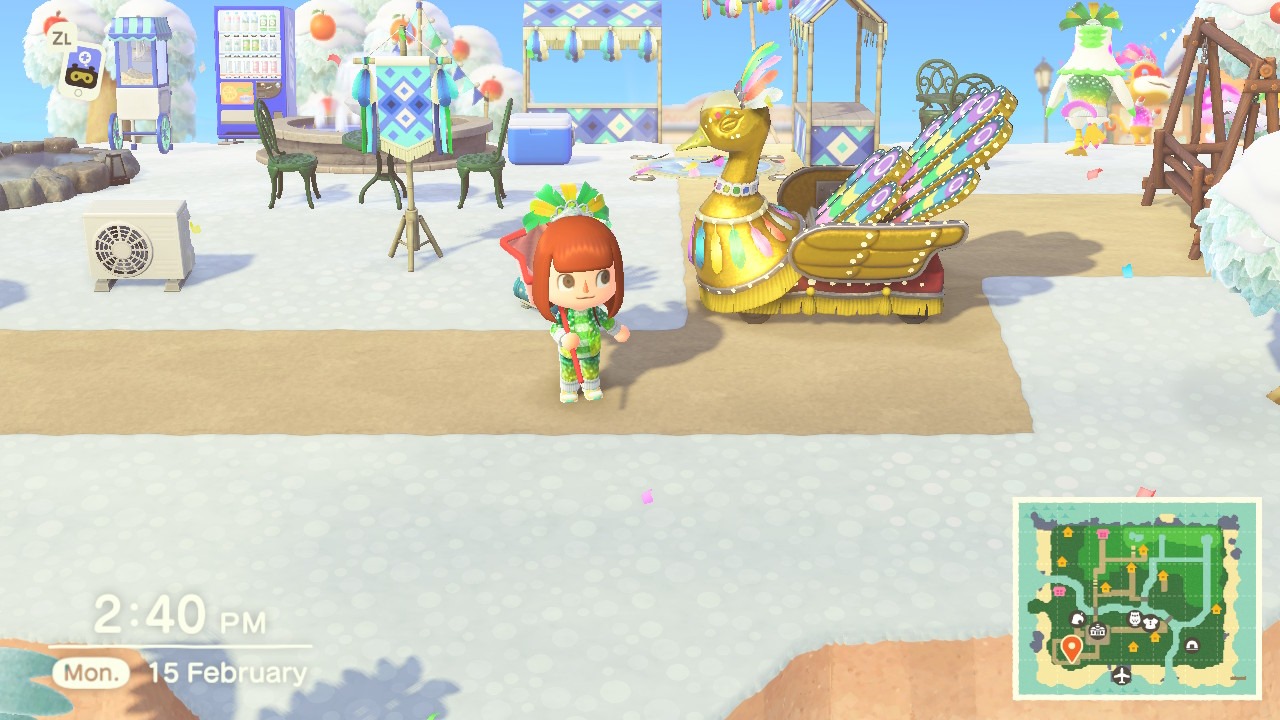 The Festivale is only a day long event so if you want to get your hands on any of the Festivale furniture and the rather extravagant Festivale Float, you better get to crafting and catching feathers.

Home / Game Guides / Animal Crossing: New Horizons – How to get Festivale Items and the Festivale Float From Pavé