Animal Crossing New Horizons – How to Get Halloween Costumes

All Halloween costumes and how to get them 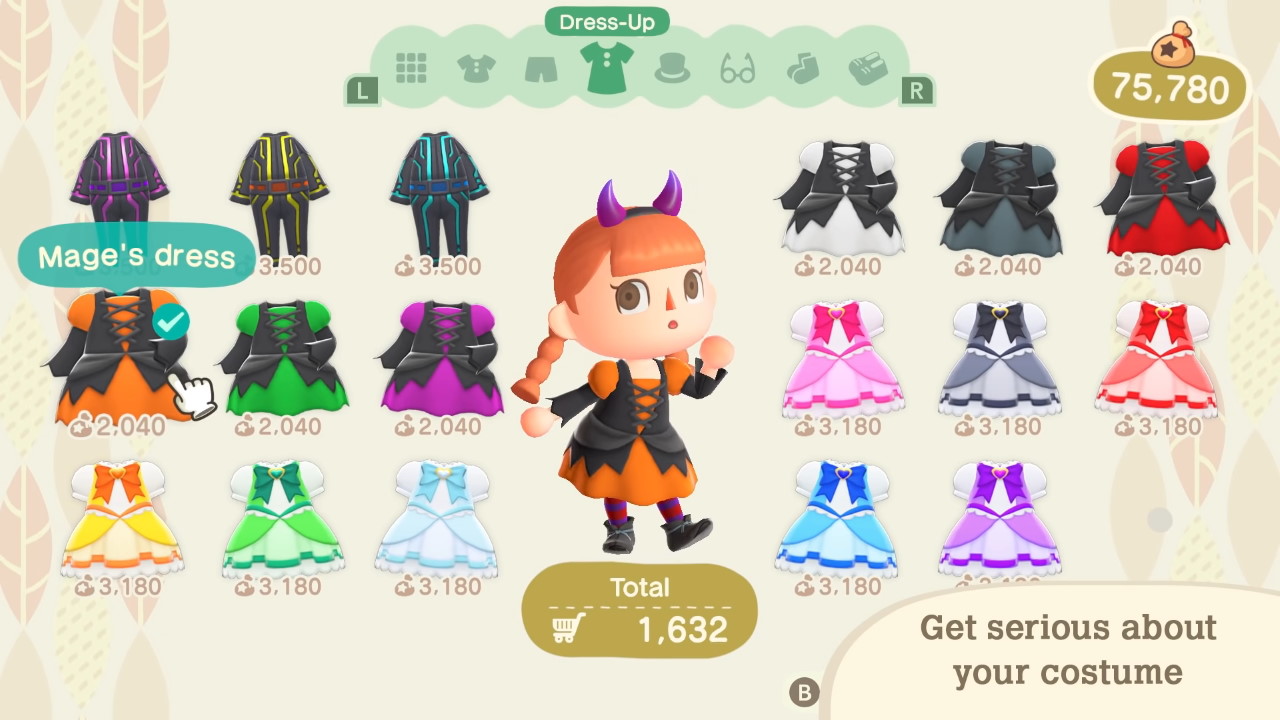 Halloween has arrived in Animal Crossing: New Horizons. Candy, pumpkins, and all the other festivities have started and will build until the full event on October 31st. But what’s the most important part of Halloween? It depends, but for most people it’s the costumes. Thankfully the new update includes a bunch of different costume items you can wear on the day, or any day of the year really. So let’s break them down, here’s how to get Halloween costumes in Animal Crossing: New Horizons.

List of All Halloween Costumes in Animal Crossing: New Horizons

Let’s start by listing off all the Halloween costumes, accessories, and items added via the New Horizons Halloween update. Below are all the new things you can get in alphabetical order. Read on to see how to add them all to your closet and inventory.

How to Get Halloween Costumes

There’s a few ways to get these items, though they all involve a little bit of randomness. First off, you need to head to Able Sisters every day in October. This is your best chance to collect every Halloween costume item in the game, but still won’t be enough. The Able Sisters store will offer some random items each day, mostly the main clothing items like hoods, robes, etc. Other stuff can and likely will appear here, so always check and pick up anything you definitely want available for the holiday or afterward.

Beyond that there’s at least two other ways to get Halloween costumes and items. First is Kicks who will show up randomly and offer some of the Wing items listed above. Make sure you’re checking to see if he’s in town so you can grab them when they’re available. Finally, on Halloween itself Jack will show up and should let you buy a few of the items as well. These seem to be random so don’t count on this as your main way of getting Halloween accessories and items, but it’s there if you miss anything. I’d also guess that the two Jack items are going to be exclusive, but we’ll have to wait and see on that.

So that’s how to get Halloween costumes in Animal Crossing: New Horizons. Be sure to check every day so you don’t miss anything.