Be ready so you can play early 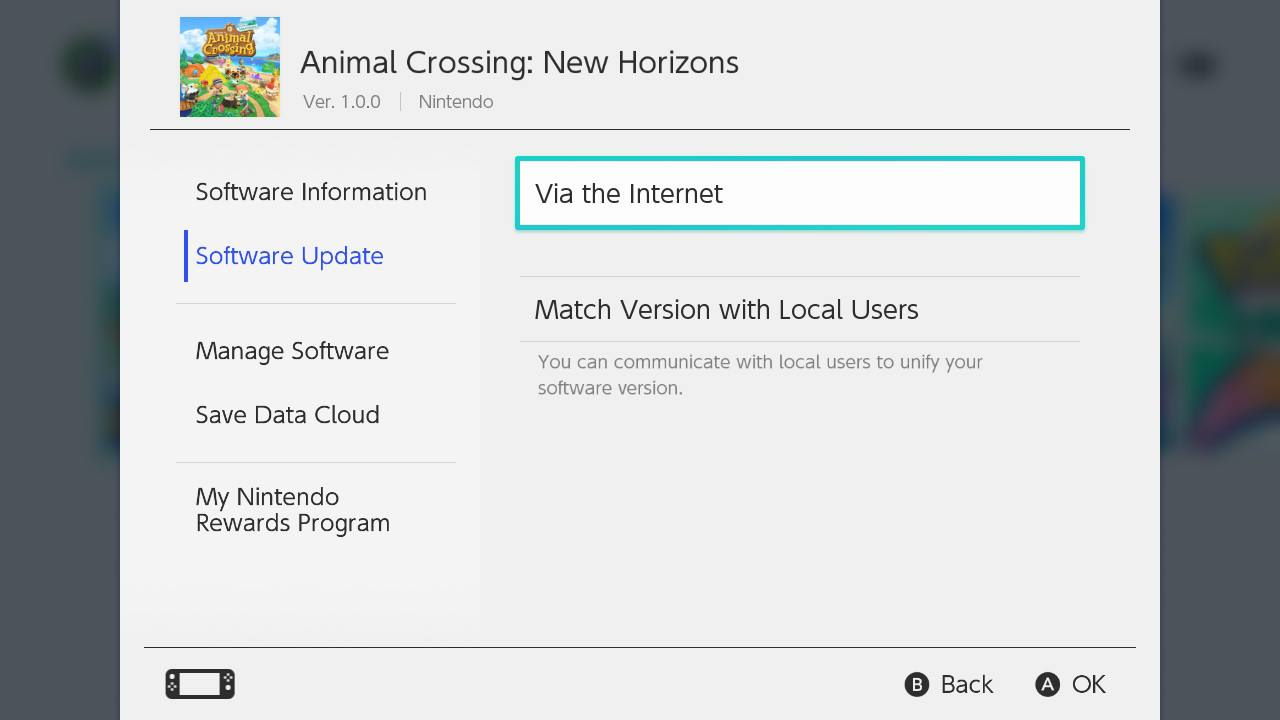 The process is simple, and can even be done ahead of release if you preordered digitally and have pre-downloaded the game. If you bought a physical copy then you’ll have to wait until you have it in your hands, but the process is the same so be ready. The first thing you need to do is make sure there isn’t a system update waiting, so head to Settings and System to check for an update there before diving into anything Animal Crossing: New Horizons related.

Once that’s done go back to the Home screen and find Animal Crossing: New Horizons. Press Plus to open the game’s menu where you’ll see an update option. Choose this and “update via internet” to check for any available updates. At launch this would be Update Version 1.1.0, so make sure you end up with that and not 1.0.0. And if you don’t have internet as an option you’ll need to find someone who has downloaded it and choose the other option within this menu.

That is how to update Animal Crossing: New Horizons on Nintendo Switch. You will want to keep doing this in the future, though the Switch should auto update as needed going forward. But it always helps to jump in and check every once in a while, just to be sure. Hopefully you get this done before trying to launch the game to find the servers maxed out and no update available.