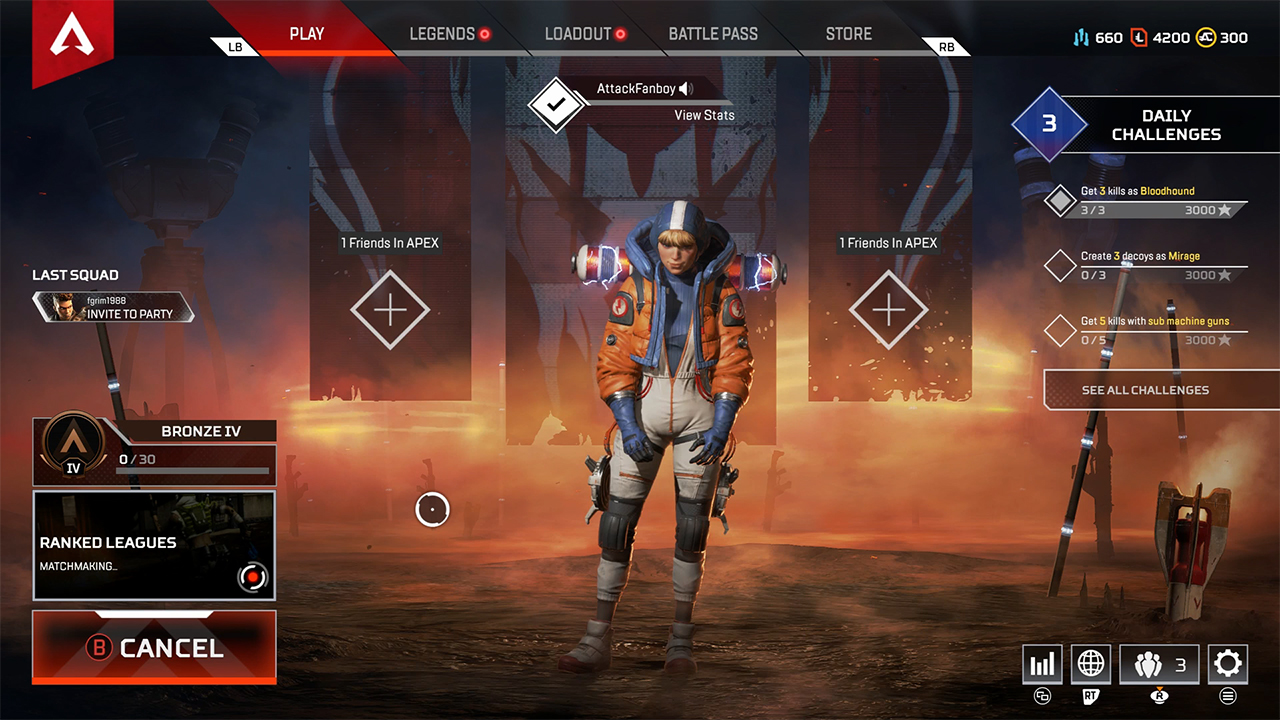 With the beginning of Season 2 for Apex Legends players can now elect to play in Ranked Matches.  The Ranked League Matches allow Apex Legends players to compete against teams of similar skill levels and earn points to climb up the ranks from Bronze League all the way up to Apex Predator.  Along the way players will earn badges, weapon cosmetics and dive trail rewards for progression.  If you want to play Ranked Matches in Apex Legends this is how you’ll do it.

Where to Start a Ranked Match in Apex Legends

You’re going to want to look to the bottom left of the main screen to access the different game modes in Apex Legends.  Just above the box in the bottom left that says “Ready” there will be a box that says “Play Apex” by default.  To switch the game mode you need to click that box which will open up a menu that allows you to choose between standard mode, ranked mode, and the tutorial.

Selecting Ranked Mode for the first time will throw you into the lowest league (Bronze).  But regardless of which league you are in there are some rules that you will need to follow.  Each match will allow you to earn RP, but once you start getting into the higher levels you will need to pay RP as a match entry fee.  This begins at the Silver League starting at 1RP per match and goes all the way up to 5 RP for an Apex Predator match.

During matches you can earn RP as well.  Players will get 1 RP per kill, RP for placements with Top 10, 5, 3 and Champion RP awarded.  Just make sure that you change the game mode in the bottom left corner of the main screen to play Ranked Matches.

Once you select the Ranked Match you will see another banner above the one you clicked to open the menu which displays your current rank.