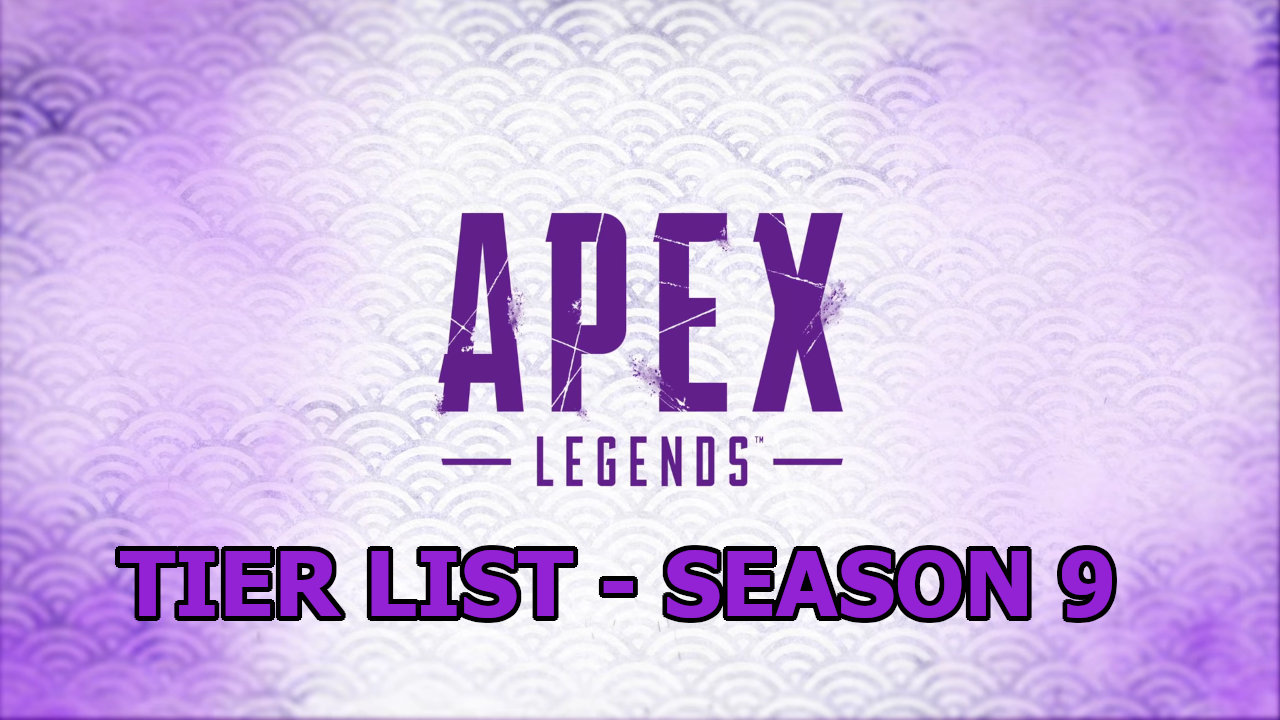 With Season 9 bringing in a ton of new stuff and a brand new character in Apex Legends, an updated Tier List is mandatory for everyone to see. The new season did add a bunch of new stuff, but also tweaked to hell and back a lot of your favorite Legends. Due to this, some climbed the ladder to a higher tier, others the exact opposite and some remained the same. Whatever the case, if you want to start or continue strong in this Season 9, make sure to take a look below.

We will be listing down all Legends of the game in five different tiers, ranking from best (S) to worst (D), based on each character’s performance up until now in Season 9. Facts and data can of course change, based on future updates and new balance tweaks, until then though here is what you need to know for the current Legends, including the brand new Valkyrie.

Seriously, nothing new to see here besides Lifeline’s placing. The already great healer became a beast in this Season, making her from a top B or low A rating to become an S tier Legend. Additionally, Wraith (as always) is nowhere near close to be falling down from her throne.

The pretty much core of any team in Apex Legends, all doing their job perfectly well. Wattson as always is a solid crowd controller/ defensive tool, Gibraltar is the obvious best tank in the game and Octane’s changes seem to have taken him to new heights in Season 9. While we may have added Valkyrie here, her placement is still researched on, as she does seem like she should have beem a huge offensive threat, but she has her gimmicks, ending up mostly used for traversing the map. Maybe too soon to tell, but for the time being, she seems fitting for our A tier character. If it was not here, she would have been placed in a high B spot.

The Legends that can do what you need them to do, but more often than not you don’t really succeed with them. That said, still solid options, especially for organized teams with each of them providing exceptional benefits. The most obvious surprise here would be Pathfinder, who usually tends to be quite higher in ranking. After receiving a couple of nerfs in previous seasons, and with more Legends added into the fray, he really kind of seems underwhelming as time goes by. Veteran players however can still do some magic with Pathfinder, so never underestimate him.

While interesting characters to say the least, both Crypto and Revenant just don’t have what it takes to be placed higher. In fact, Crypto would be placed even lower, if not for the fact that he can literally erase you from a game if a team is coordinated well enough.

Why are the Legends with ‘explosive’ personalities being ranked so low? This is really heartbreaking for me, since Fuse is my favorite character in the game. Even if he is my preference though, no one can deny he is severely underwhelming, and can do well only in very situational instances. His debut trailer was just a ‘blast’ to see (heh!), but his overall presence in Apex Legends is really lacking. Best to avoid both him and Rampart.

With that our little Tier List for Season 9 is complete, and it’s one of those seasons that it really feels like everything is at its place without too many second thoughts. Other than Valkyrie who we are still gathering data for, the rest seem to have locked on to their spots, at least for now. Season 9’s future seems bright, with new modes introduced and a great amount of improvements, so of course things could change. Stay tuned!