Apex Legends: Who is Ash? 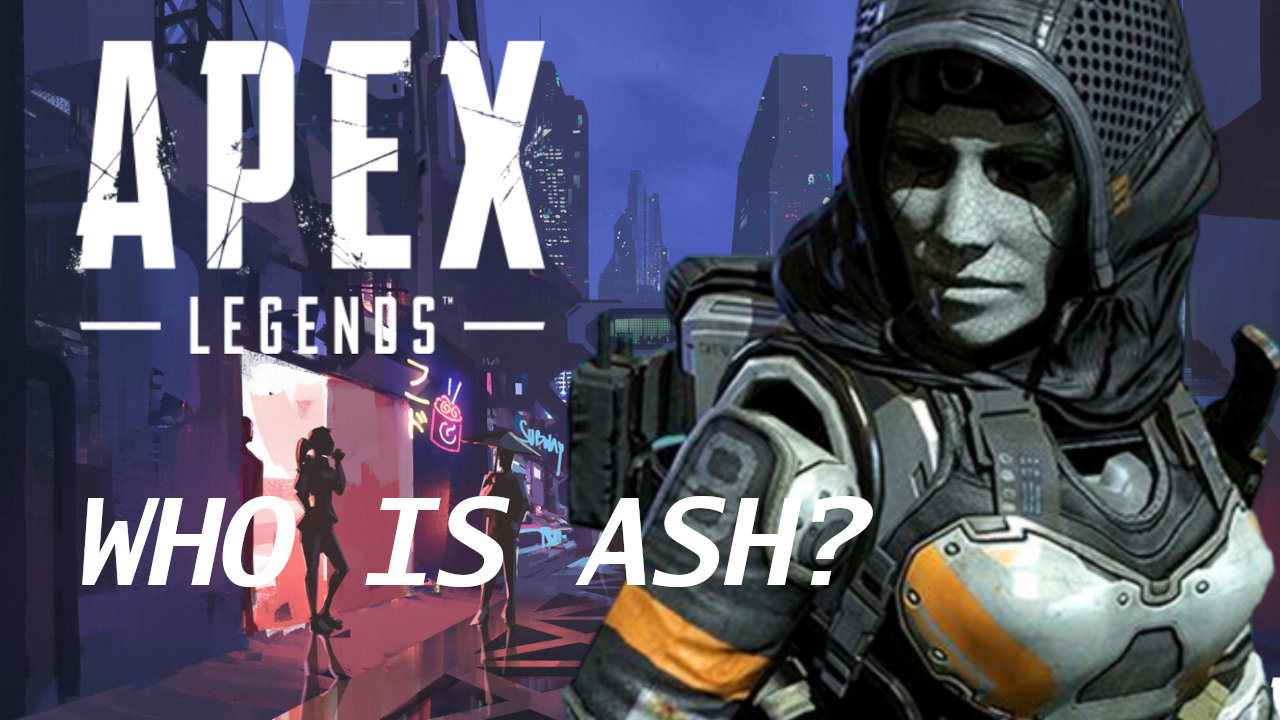 Those of you that’ve decrypted the secret code of Apex Legends that came in with the recent updates, may have caught a glimpse of this certain Ash persona, who pretty much teases Season 9: Legacy’s arrival.

While Ash already existed in the backstory of Apex Legends, she is mostly going to be familiar to anyone who played Titanfall 2, or at least to most fans that spent enough time with the game. See below for what we are actually talking about.

Who is Ash in Apex Legends?

Present in the single-player campaign as well, Ash truly shined in Titanfall 2’s multiplayer modes. Related to the Pilots group in that game, she appeared in a lot of scenes where she sent other Pilots to battle. At first encountered as a boss, she was then seemingly taken out by Jack, Titanfall 2’s main character and his Titan. Being ‘dead’ though can be objective in video games, so Ash is once again relevant in another IP, namely Apex Legends.

After being shown in Season 5’s main questline, where the rest of the in-game Legends obtained various Relics in order to create her head again and connect it to her body, it was teased that Ash is back in action. Through robotic engineering, this fact came to realization (briefly though) by Hammond Robotics, with goal to extract vital information from Ash’s ‘brain’. With this task completed, Ash was again ‘out of commission’ as she fulfilled her role, but then found by Pathfinder, in Season 6. With a small tease at the end of that season for another storyline, Ash was never again seen in the story. Which was changed with this new, unlockable sneak peak for Season 9: Legacy.

From what is shown so far, Ash seems to be creating or at least organizing an Arena ‘event’ for Apex Legends, which can actually be a brand new mode. This is simply a speculation though, and by no means a tease to something new coming up. It is equally possible to be just a ‘head’s up’ for new events taking place in the story of Apex Legends, or something else entirely. A lot of leaks and rumors have been going around for a while, including a new PvP mode, but until Respawn Entertainment confirms anything, these are simply just that, rumors and speculations.

With Ash seemingly being the host of this new event/ instance, expect her having a similar role to Titanfall 2’s multiplayer mode, pitting people against each other for fights to the ‘death’. If she holds a spot to something bigger taking place in Apex Legends, that would be really exciting to see and experience. Only time will tell.

Apex Legends is available on PlayStation, Xbox, Nintendo Switch and PC. For more information about the game, make sure to check the official website.