The more Silica, the more upgrades. 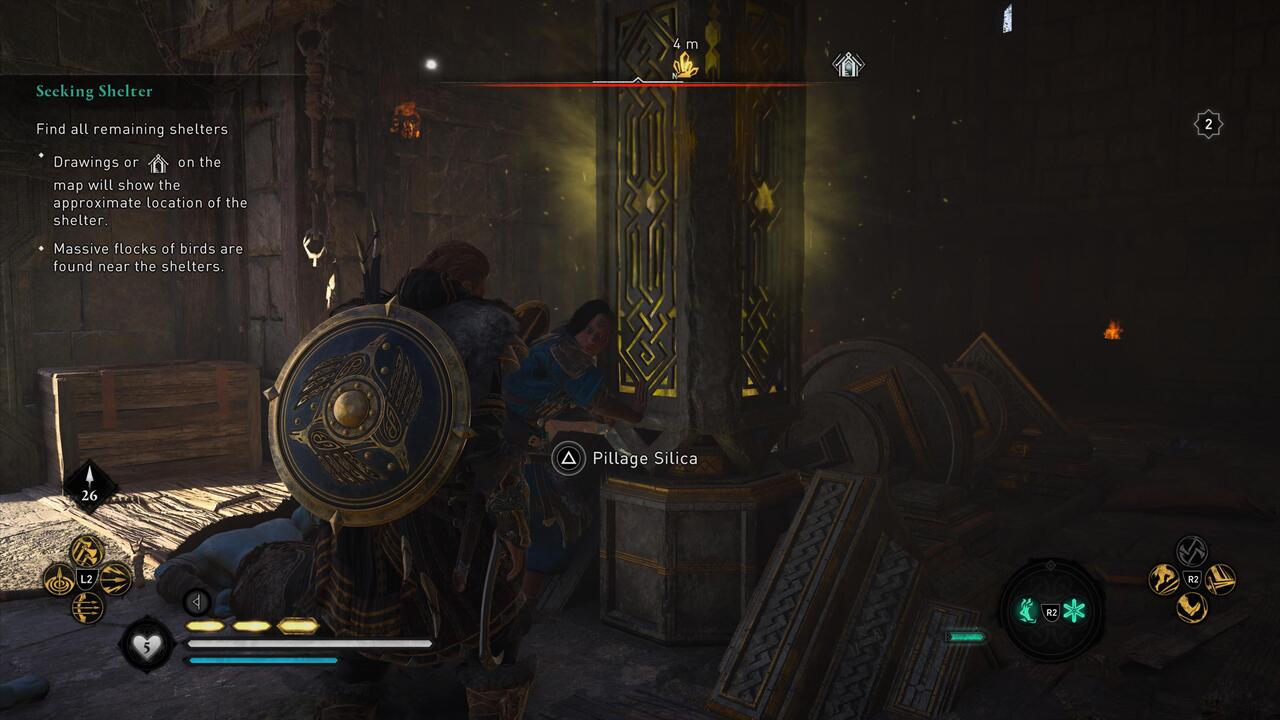 Fastest Way to Get Silica in Dawn of Ragnarok

The Hugr-Rip in Assassin’s Creed: Valhalla Dawn of Ragnarok requires Silica for each and every upgrade. Each Hugr-Rip Power upgrade costs 5 Silica. Aside from the upgrades to the Powers, the Hugr Reaver, which gives you an extra Hugr bar, costs 20 Silica. Considering how powerful and necessary the Hugr-Rip is to progressing through Dawn of Ragnarok, upgrading it is a high priority.

Raids are the only way to get Silica in Dawn of Ragnarok. So, if you want to upgrade your Hugr-Rip quickly, you’ll need to knock out the Raids. Each Raid rewards you with four to eight Silica depending on how big it is. A perfect example is the Dimm Mylna Raid.

The Dimm Mylna Raid can be tricky to start since its location isn’t obvious like every other Raid. Each Raid follows this same pattern and will reward you with four to eight Silica. This is a big Raid, so it will give you eight Silica. Make sure not to die. Here is how to complete the Dimm Mylna Raid to get Silica fast in Dawn of Ragnarok.

Sail south of Yrkjandi Mylna. Continue under the bridge towards where the river forks. There will be a cave on your left leading you to the start of the raid. Launch the Raid and clear out the Muspel. There will be four Silica to collect in this first part. To do so, go up to the Silica and press Pillage Silica. One is on the left out in the open and the other is on the right after forcing open a door.

Continue further into the cave. Kill the swarm of enemies and the two Ash-Bringers. You will want to kill the Hel-Raiser first with arrows or climbing the ladder and hitting it as its firebombs are annoying. Pillage the two silica. Continue up the ladder and across the Zipline. Finish the last group of Muspel. You may want to use the Power of Muspelheim to not accidentally die to fire or lava during the battle. Pillage the last two silica. The Raid is now finished and you collected eight Silica.