Assassin’s Creed Valhalla – How To Beat Kjotve The Cruel

The first real boss in the game. 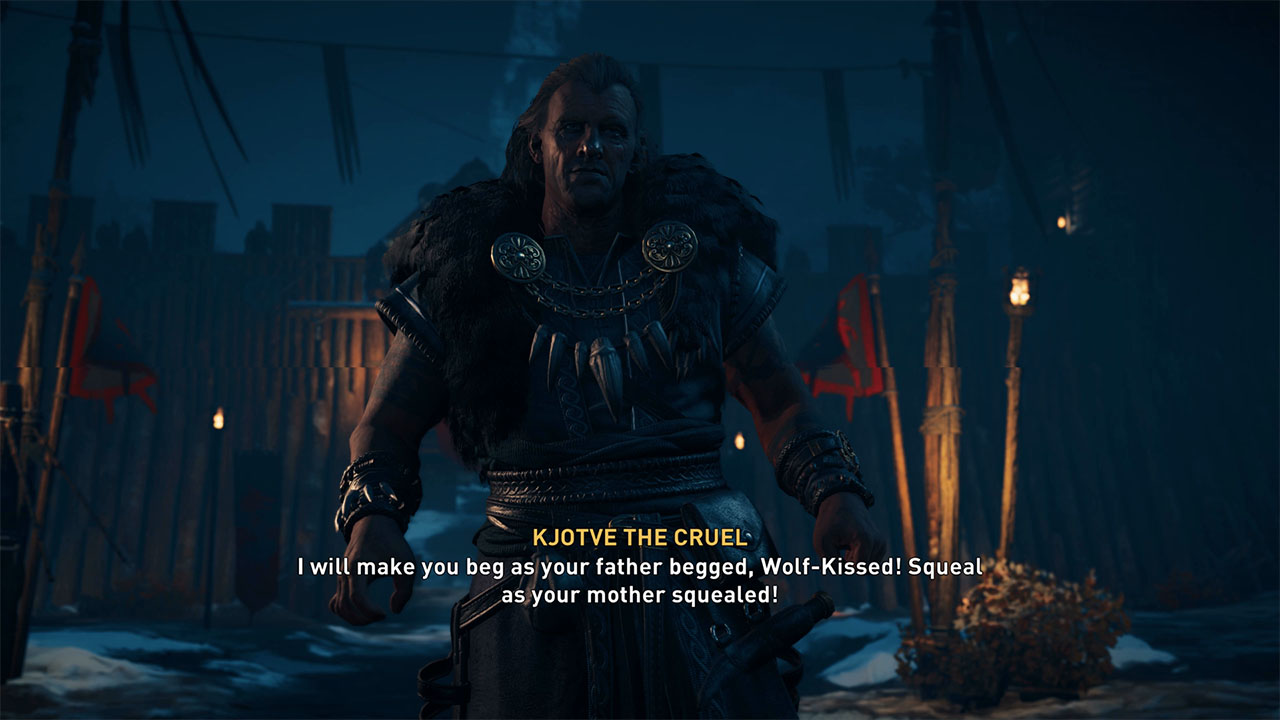 Assassin’s Creed Valhalla is the third game in what is known by many as the modern Assassin’s Creed trilogy that started with Origins. Valhalla continues the trend of having a massive world for you to explore, but that doesn’t mean there is plenty of story along the way as well. You play as Eivor, whether the male or female version, and have many different enemies to face along the way. The first of these comes pretty early in the game when you face off against Kjotve the Cruel while still in Norway, which can easily wreck you if you are not prepared.

How To Beat Kjotve the Cruel

The battle against Kjotve the Cruel does not start off well at all, as he will come right at you and seemingly kill you instantly. Don’t worry, as this is supposed to happen as a way to introduce Odin and his connection with Eivor. After a scene here with Odin, you will return with full health for the real fight.

Once you are back, be ready for Kjotve the Cruel to start coming at your again. To start, lock onto him by pressing in on the right analog stick, as that will be imperative to keeping an eye on him in this battle. 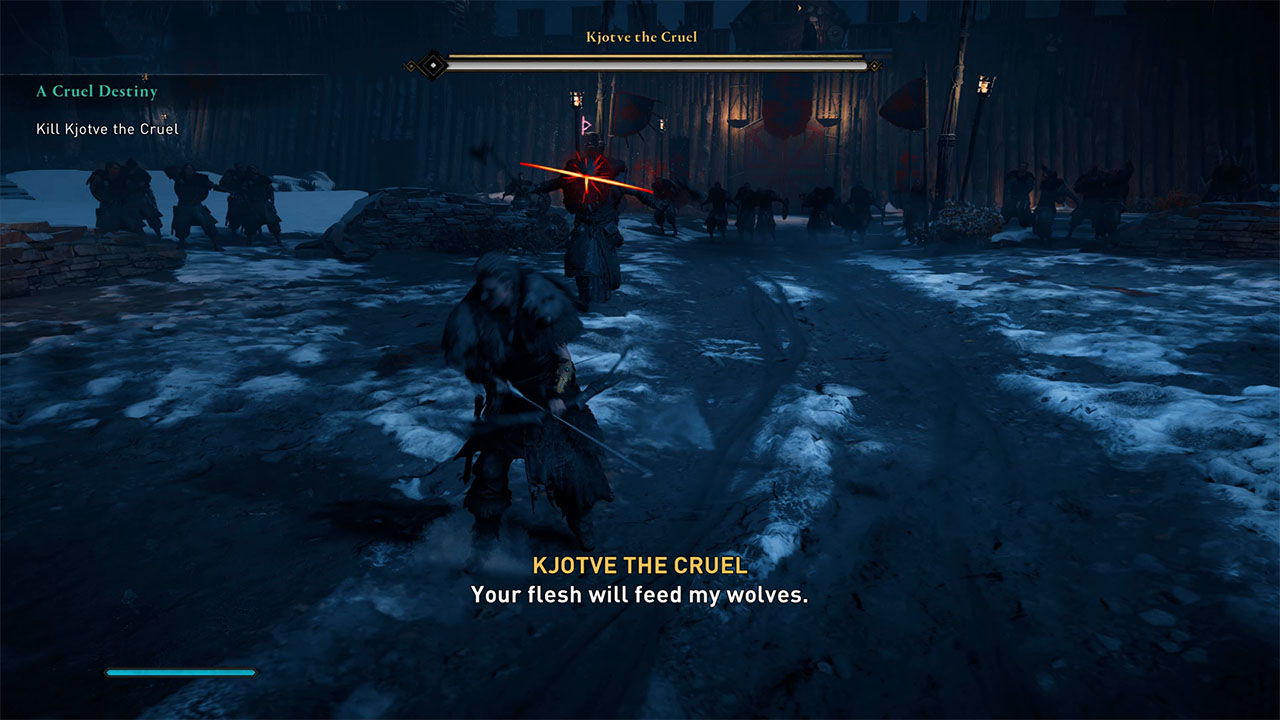 To defeat Kjotve, you need to watch how he attacks himself first. He has two main attacks, one which you can block and one which you can’t. When he shines gold, that means he is about to do an attack that you can not only block, but also parry. This is going to be your main method to defeat Kjotve. You can go in normally and attack him, but he’ll hit you hard if you get in more than a few attacks at once. Instead, wait for him to attack and parry with your shield as long as he glowed gold.

If he starts to glow red, get out of the way quickly. Do not try to block or parry, as they will do absolutely nothing. Use your dodge attack and just move around until he is done glowing red. When his health is halfway gone, he will knock you into another area, but the fight plays out the same as before. After that, just use the same strategy to reduce his health and he should be taken down before too long.