Will not affect your game progress. 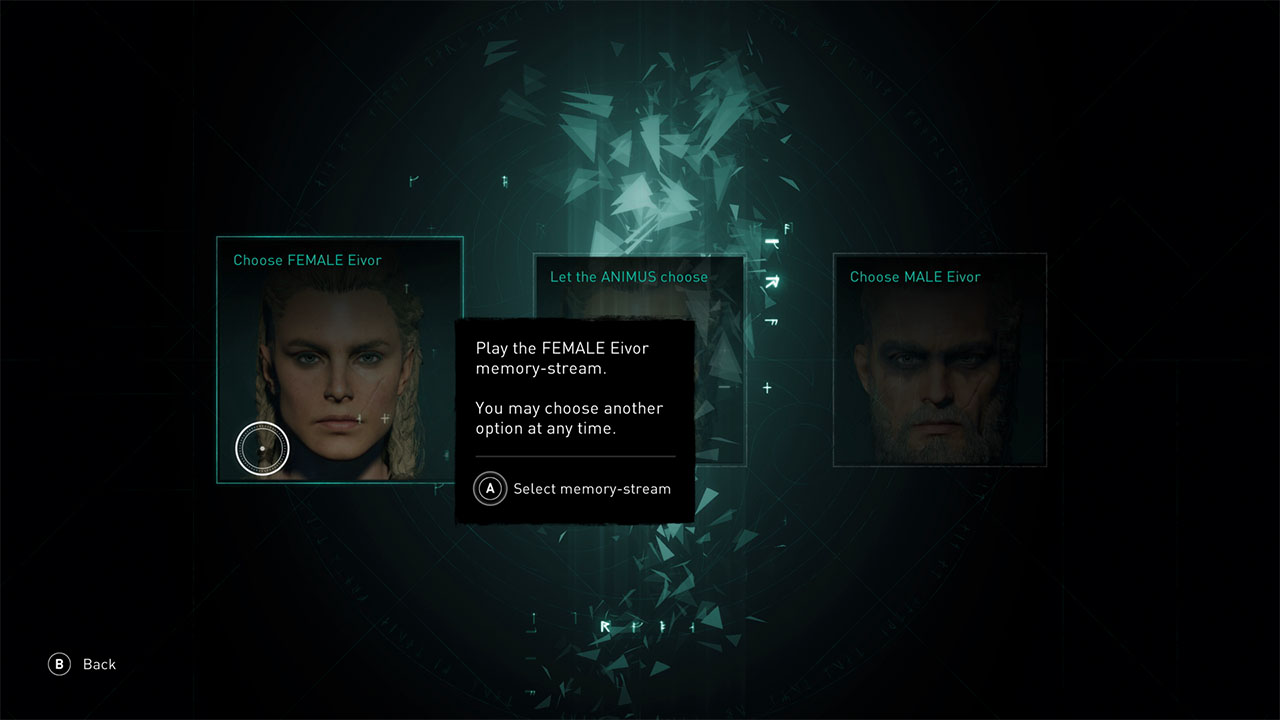 The Assassin’s Creed series has from the very beginning placed the player in control of a character from the past through the Animus, including the likes of Altair, Ezio, and Edward Kenway. Assassin’s Creed Odyssey changed everything with not only the introduction of a second option for the player to play as, but having that second character be a female. The series had done this in spinoff games before, but never in the mainline series. Assassin’s Creed Valhalla builds upon that idea, but this time there aren’t two distinct characters to choose from, but rather one character that can be male or female. This isn’t an end all be all choice at the beginning of the game either, as you can change during the game as well.

How To Change Eivor’s Gender

At the very start of the game, you have three options put in front of you. These include playing as the male Eivor, the female Eivor, or the let the Animus pick option, which changes depending on parts of the game’s story. Whether you do not like the option you have chosen or you just want to check out the other version, you can rather easily change Eivor’s gender in-game.

To do this, open up the pause menu to start. From there, you have to be on one of two of the menu tabs specifically to get where we need to go, which are the Inventory or Quests tabs. Make your way over to either of these and then press up on the D-Pad, which on the bottom of the screen says it is for “Animus.”

Once you hit up, a new window will pop up that gives two options of either “Change Eivor’s Appearance” or “Exit Simulation.” You may think that the former just means to change how the existing Eivor looks like hair wise or such, but that is not the case. Selecting it will immediately bring us to the screen seen in the image at the top of the article, where you can switch to any of the three gender options in the game.