Save yourself some time. 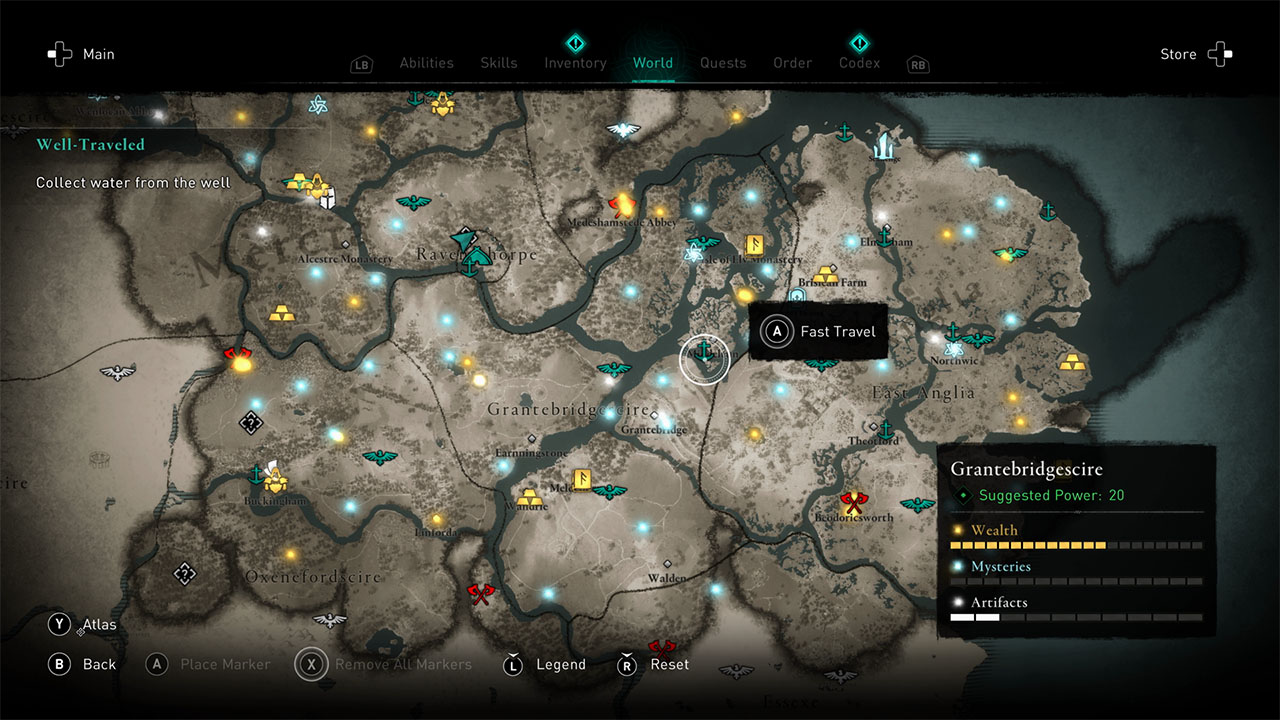 The Assassin’s Creed series has always has large maps for you to explore across each of the various entries, but Ubisoft really took things to the next level starting with Assassin’s Creed Origins. Each of these took the idea of the open world to new heights and Assassin’s Creed Valhalla continues that trend with another massive world. Traversing this world form one side to another can take a long time, but thankfully the game offers you a way to get around a lot faster.

Assassin’s Creed Valhalla has multiple locations to explore, including Norway, England, and others we’ll not talk about for now. For England specifically, the map is sprawling and will have you traveling across it quite often. This is especially the case when you’re playing through the story, as you will be going from place to place. Some parts will have you traveling between fairly similar places, but others will have you going a long distance.

For the first time you travel to new areas, you’re going to have to make it there the hard way. This includes running, by mount, or by longboat, with by mount typically being the fastest. This is not the fast travel available to your in Assassin’s Creed Valhalla however, as there is a way to teleport around the map and save you a lot of time.

After you’ve been to certain areas, you can go back there later by fast traveling via the world map. This is not possible everywhere, as there are special markers that you can fast travel too. Start off by opening up the map and look for anything that is a bluish green color. That signifies that you can hover of it to teleport to that location.

These locations include the eagle icons where you synchronized the map, anchors for docks, and the house icon for your longhouse in your settlement. Pick any of these and then hold down A/X to fast travel back to them and save yourself a lot of time.