Take another path in the skill tree. 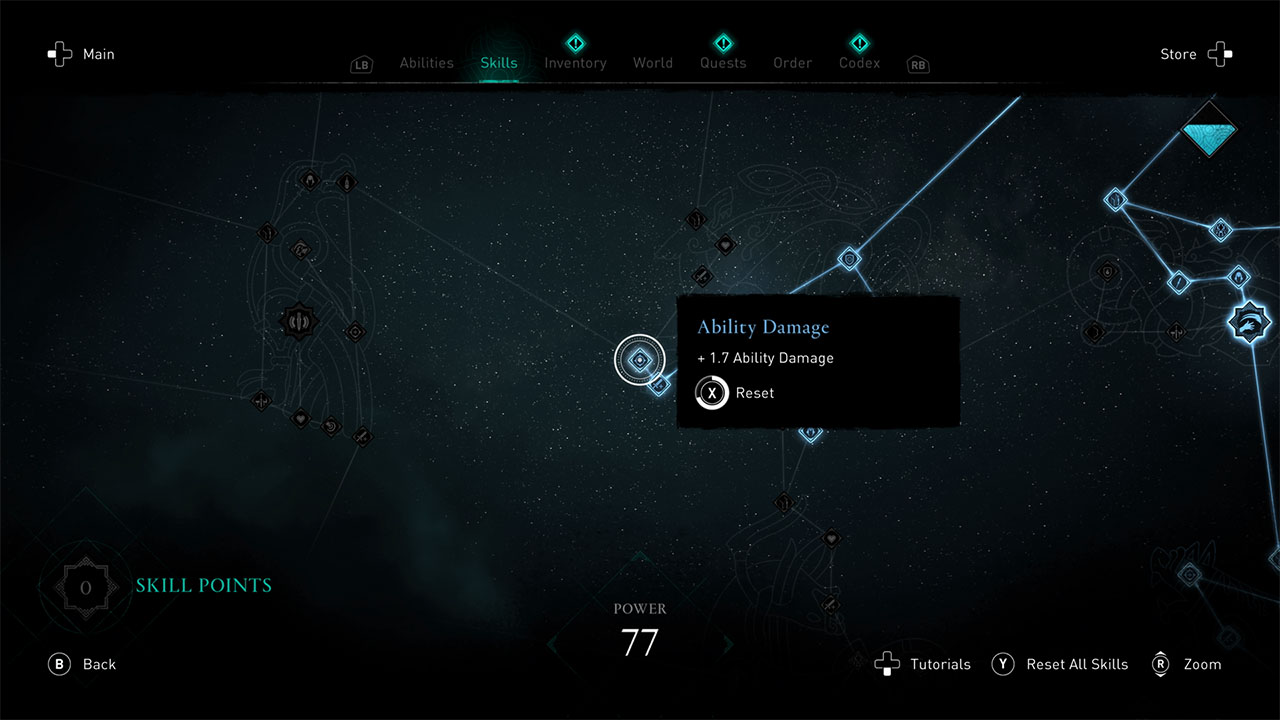 Assassin’s Creed Valhalla continues the much more RPG heavy stylings of the last few entries in the series. One of those ways is with the game’s Skill Points system, which you will earn while playing through the game. You can then use the Skill Points to unlock Skills within the game’s massive equivalent of a skill tree. With so many paths to take within the skill tree, there is a very good chance that you will reach a point that you will want to reset a skill or skills within the tree, which thankfully is something you can do in the game.

How To Reset Skills

The skill tree in Assassin’s Creed Valhalla starts off relatively small by branching in three directions, before growing outwardly much further. This utilizes different constellations to make up the shapes that each have a number of skills in them and also affects Eivor’s overall Power rating in the game as well. This means you don’t want to just hope onto Skill Points, but rather go ahead and spend them now, even if you want to switch them around later.

More than likely, you are not going to want to be resetting the entire skill tree in Assassin’s Creed Valhalla. Instead, you can just reset one or a few of them individually if you decide you want to take a different path. To do this, move the cursor over top of the skill that you want to reset and then hold down X/Square on it. By doing this, it will take away that skill spot and give you back the skill point in return that you can instead use elsewhere in the tree.