One of the trickiest puzzles in the game. 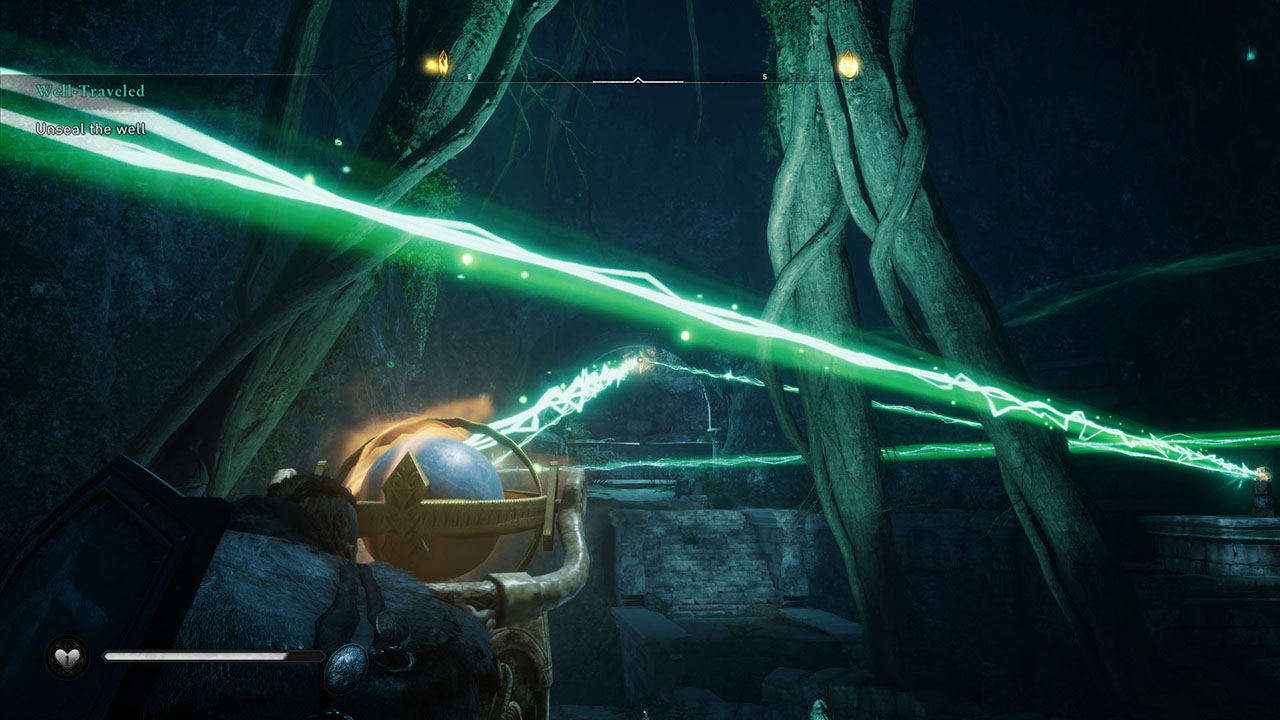 After you unlock Valka’s Hut and get her the Thistle she requires, she will concoct a potion for you to drink. This potion will end up bringing you to Asgard in control of another character named Havi. Asgard has its own quests for you to complete, with one of the toughest puzzles in the game coming as part of the “Well-Traveled” quest.

Follow the marker for this quest until you get inside the cave area and have the task of “Unseal the well.” This is easier said than done, as the puzzle is going to require some major thinking to figure out.

The way this room is setup is that there are a number of orbs around the room and one on the opposite side of the room that is shooting a light beam from it. You can go and move this beam and reflect it off of any of the other ones in the room. The other ones can be moved as well, which would have you thinking all you need to do is hit all of them to open the well. That is not the case though, as there are two sundials we have to hit, but we only have one beam that we can use.

The trick here is with something you may not have even noticed at first, as it’s behind you when you come in. Start off by heading to the far projector of light and press Y/Triangle to touch it and move it with the right analog stick. But rather than aiming at one of the other orbs on the ground, look directly back above the entrance in and you’ll see another orb you probably missed. Aim at this to now create two beams of light that we can use separately to hit the sundials we need. 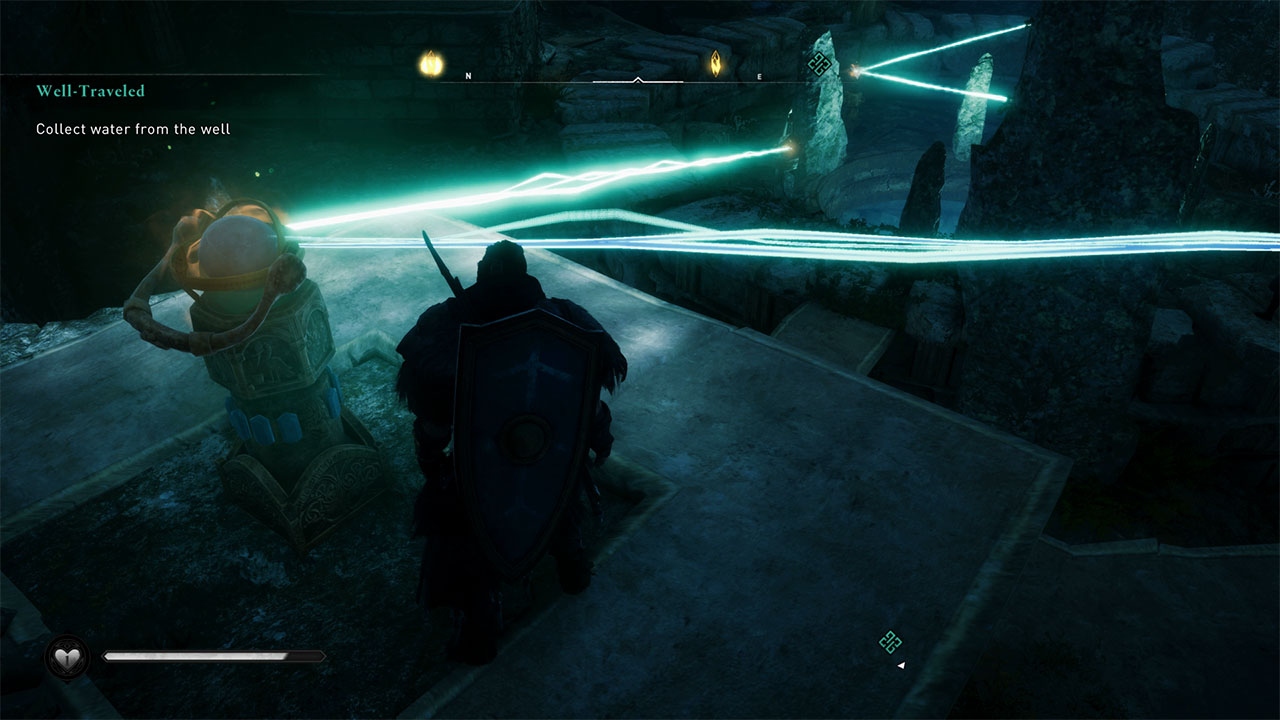 After you go to the original source of light and aim it at the orb at the beginning, you will now have the two beams that will be now hitting the two orbs closest to the entrance. Start by going to the one on the left from where you enter and aim that one at the next orb along the wall straight in front of it. Now go to that orb and aim it down towards the middle at a sundial that you’ll see. 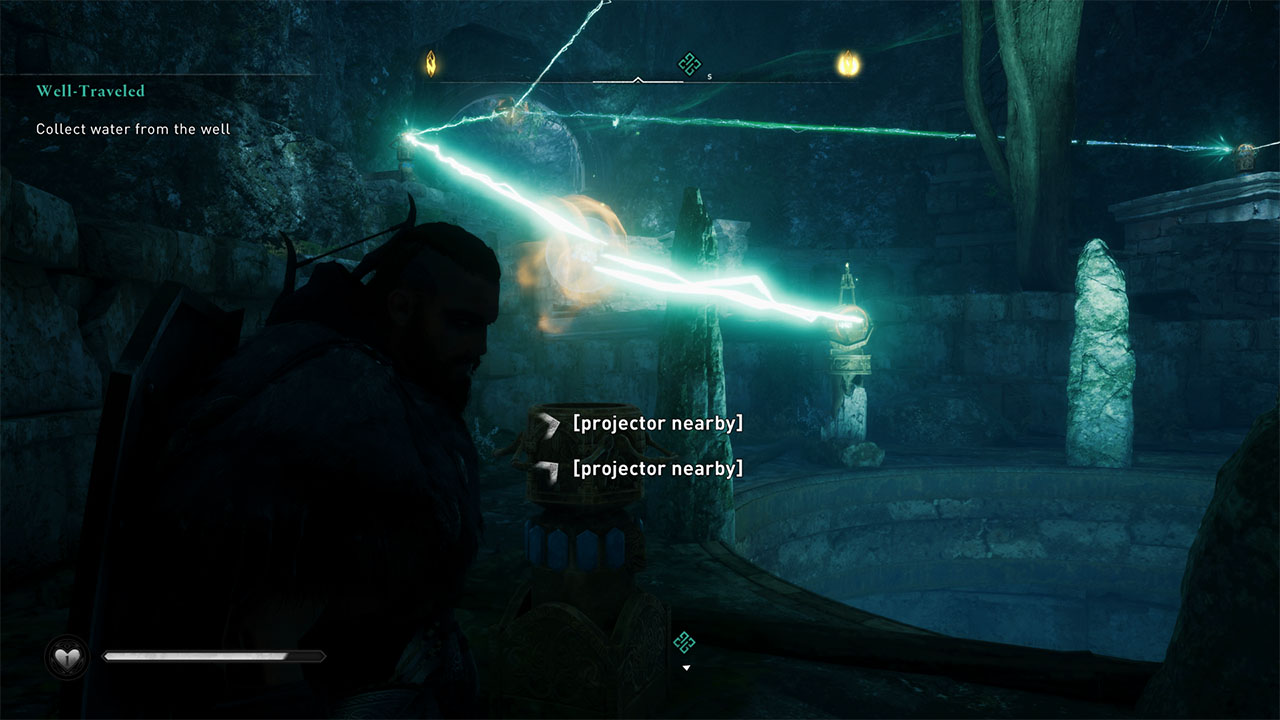 Now go to the other orb to the right of the entrance when first entering the room and you will need to aim it down to the moveable orb down near the well itself. You need to move the orb around in this pathway by pressing Y/Triangle and place it to where the light will bounce off of it and into the other sundial. This will take some trial and error with movement, but eventually it will hit the sundial and the well will open up.