Assassin’s Creed Valhalla: Wrath of the Druids – How to Get the Gae Bolg

Check out how you can get this Mythic Spear 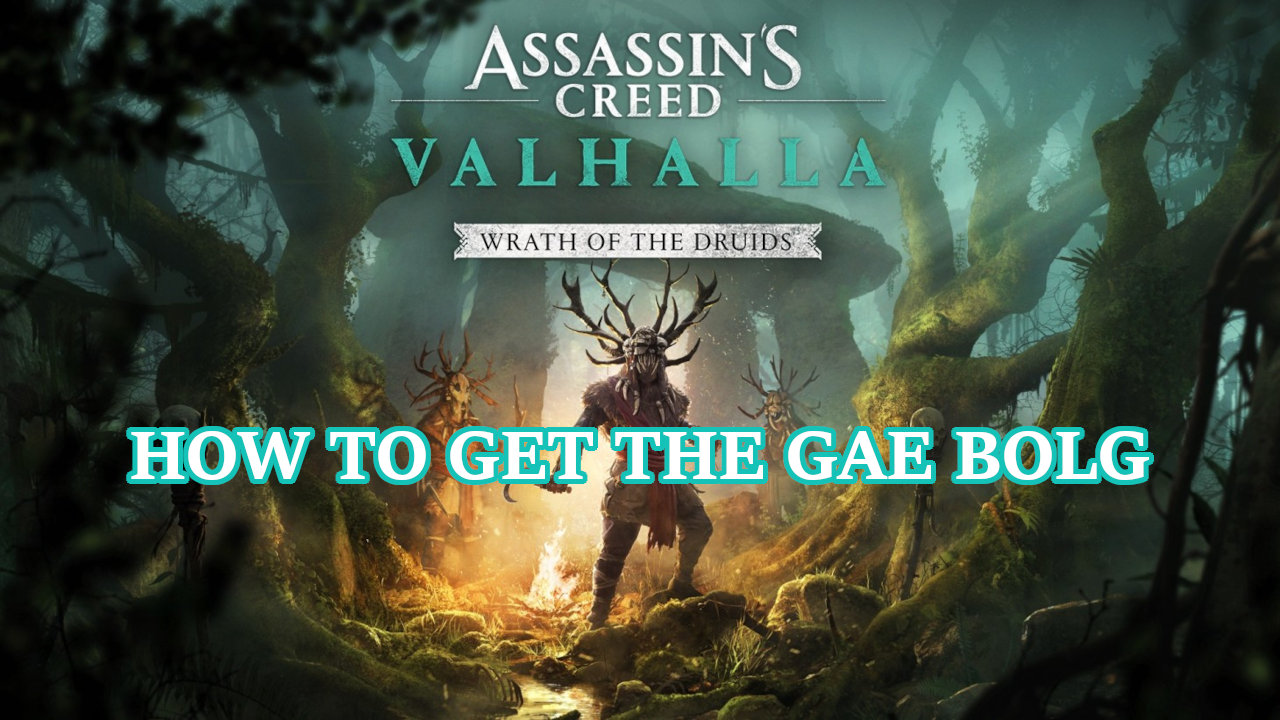 If you want to run around with a Mythic Spear in hand in Assassin’s Creed Valhalla: Wrath of the Druids, the legendary Gae Bolg is the right weapon for you. Obtained after you complete a series of quests, this powerful tool may quite possibly be the strongest weapon in the new DLC. If you fancy slaying enemies with this lightning imbued Spear, check out below how you can actually get it. Just a small note here, there will be spoilers within the text so read at your own discretion.

Where to find and how to get the Gae Bolg in Assassin’s Creed Valhalla: Wrath of the Druids

It will take some time before you are able to wield the almighty Gae Bolg. And for a good reason, as it’s powerful enough to be a candidate for the strongest weapon in the Wrath of the Druids DLC, heck even in the whole game. The first requirement to start pursuing such a tool of destruction, is to find and defeat all of the Children of the Danu. This is a series of mini-quests found in Wrath of the Druids, in which you are tasked with finding all of the specified enemies and eliminate them. They are located in various locations in the map, so this may take a while to complete.

After you are done with all of them, a brand new quest will be unlocked, called Amber Sun. Way simpler than all of the rest you’ve done up until now combined, this quest puts in one of the DLC’s biggest challenges yet, to face a powerful deity called Balor. A creature of unparalleled power, fitting best the world of Dark Souls than Assassin’s Creed Valhalla. That said, you need to go into that fight prepared with the best gear you currently have. Balor is no joke and if you thought you faced strong foes within the game up to this point, think again.

After you manage to defeat Balor, the Gae Bolg materializes on top of his body and you can go ahead and claim the Mythic weapon. Not only Gae Bolg is exceptionally strong, but it also has a unique effect of stunning anyone hit by it on the third hit. Like it wasn’t good enough with just its magnificent reach and power. That’s how you can get this unique spear, so go ahead and hunt some druids down.

Assassin’s Creed Valhalla: Wrath of the Druids is available on PlayStation, Xbox and PC. For more related content about the game, take a look at our playlist right here.

Home / Game Guides / Assassin’s Creed Valhalla: Wrath of the Druids – How to Get the Gae Bolg