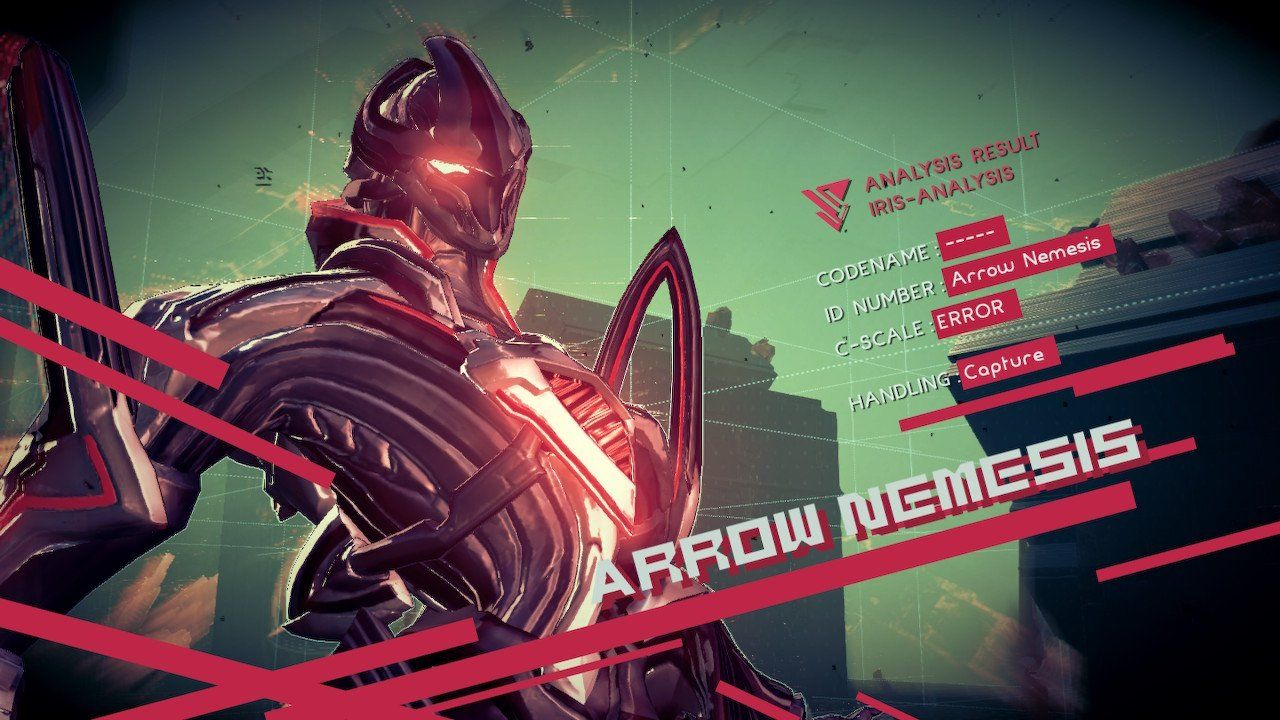 Finding Legions that have been lost in the Astral Plane and binding with them is a central part of Astral Chain. The first time this happens is after you lose your actual Sword Legion, which really wasn’t much of a fight at all. The second one however is more of a straight up fight when you have to take on Akira’s former Legion known as Arrow Nemesis.

At the very beginning of the fight, it is smart to try and bind the Arrow Nemesis in your Astral Chain to stun it for a bit and lay into it. While stunned, it’s always a good idea to turn on your IRIS and aim it at it too so you can now see its health bar at the top for the rest of the fight.

After Arrow Nemesis breaks free, continue to really go after it, specifically with your Gladius form of the X-Baton. Doing this helps to continually knock back the enemy while also dealing massive damage. In fact, you should start noticed its health bar starting to drop pretty quickly.

A little more than halfway through the fight, Arrow Nemesis will teleport away and start trying to take you out with two different tactics. The first is just raining down arrows from the sky that can definitely hurt. On top of that, it will also start sending moving walls at you with the goal of knocking you off edges. You can either stand between the walls or use your Sword Legion’s Slash attack across all three parts of the wall to destroy it.

What you have to do here is use Chain Jump to move between the platforms and look for Arrow Nemesis on the platform behind the center wall opposite from where you should have been fighting it before. Now that you have it surrounded, really lay into it with the Gladius again and you should be able to take it down in no time.

Once its health is gone, you will get a prompt to press A to Bind, which you should do. This will then add Arrow Legion to your arsenal in addition to Sword Legion, with you able to swap between them in battle.