Not so dead after all. 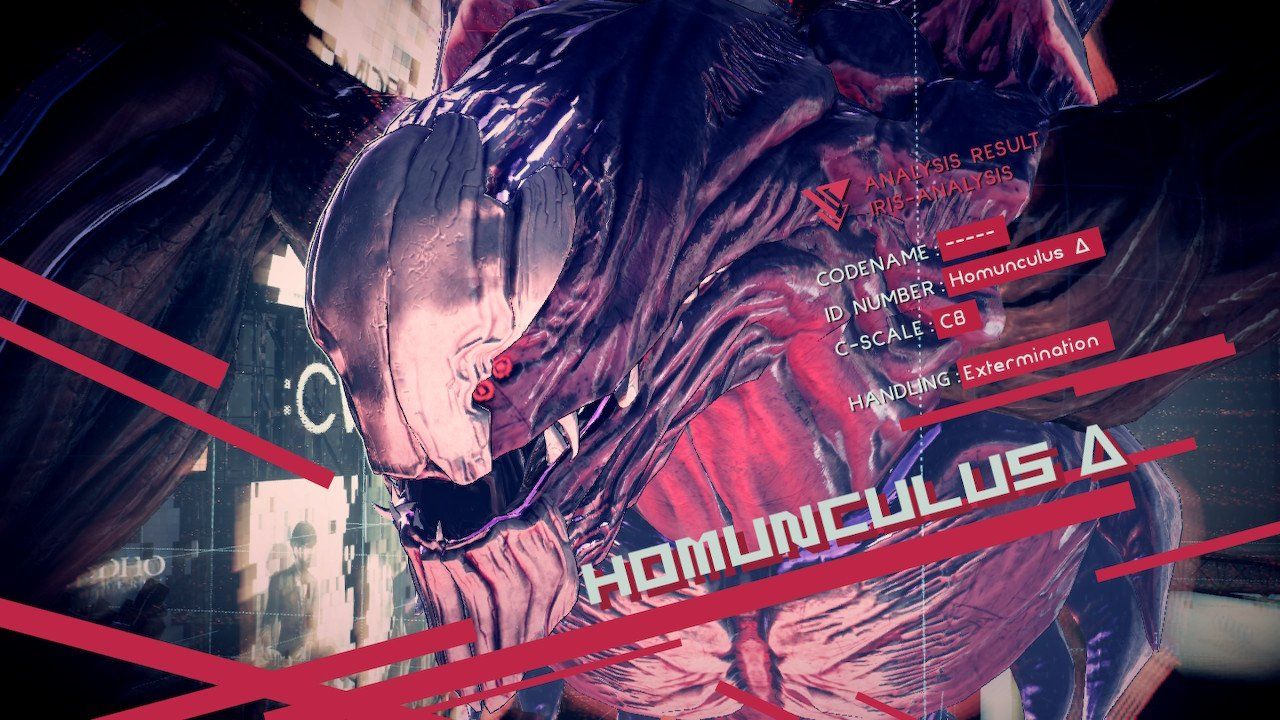 Just when you thought you had seen the last of Homunculus after getting its Gamma form in the previous File, Jena brings us yet another form to fight in File 09. Just after you start the mission, you will be thrust into a fight against Homunculus Delta and this guide will tell you what you need to do to defeat it.

Rather than having a full arena to fight the boss on this time, you are on a small platform with Homunculus Delta directly in front of you. This means the whole binding its legs and stunning it strategy is useless this time.

Start off by activating your IRIS to get a health reading and then start dodging as many of its attacks as you can. The laser attack can be difficult to dodge, but just move to the edge of the direction opposite of the laser and you should be okay.

Whenever it gets a little tired and rests its arms on the platform, hit it as much as you can. It will alternate between slamming both down until it rests both, or just slamming one down and keeping it there for a short period of time. You can also ping Homunculus Delta with the Arrow Legion Action as well when you have a chance.

Eventually, Homunculus Delta will spit out objects that not only take up room, but explode upon being slammed, so be careful to avoid these or you’ll get caught in their explosions. Keep attacking until it eventually gets stunned and falls down, allowing you to attack its head directly for more damage.

Once you get Homunculus Delta down to 50% health, it will move you higher up in the air and moves the battle to three different platforms. Here you must move between the three while trying to avoid being on the platform that one of its legs is on.

Eventually it will start shooting a big laser beam, which means you want to actually move to one of the platforms with one of its legs on it to safely avoid the beam, while also being able to attack it easily. You may be able to stun it here at some point too, so go to the platform its head falls on and whack away. Just keep doing this and Homunculus Delta will go down much quicker than the first half of the fight went.